Flo Morrissey is a singer-songwriter from London, England. One of nine children, and born on Christmas Day 1994, she is inspired by the likes of Billie Holiday, Jeff Buckley, Françoise Hardy and Lee Hazlewood. Tomorrow Will Be Beautiful is the name of her debut album, produced by Noah Georgeson (Devendra Banhart, Joanna Newsom, Cate Le Bon). You can follow her on Twitter here.

I remember the day I was first told to listen to Karen Dalton. I had just started putting my first songs online at the time when MySpace was all the rage — I was about 14 — and I got a comment on my page from someone saying they could hear an element of her style in my songs. I remember feeling so excited at the prospect of discovering someone I had never heard of before, and this listener even toyed with the idea I had come back as an element of her — she died the year before I was born in 1994. I should be so lucky! And then I remember watching a video interview of Devendra Banhart a year later saying that she was one of his favourite singers, and so I kept being reminded of her.

As I get older, I keep diving deeper into her art. It’s funny, because she keeps coming back around when I least expect it, like writing this article. I am only now getting to fully appreciate the brilliance of her being, and I can’t wait to keep exploring.

Commissioned and overseen by the San Francisco folk label Tompkins Square, Remembering Mountains: Unheard Songs by Karen Dalton finds artists such as Lucinda Williams, Sharon Van Etten and Julia Holter turning some of Dalton’s unreleased lyrics and poems into songs. The results never fail to evoke a similar feeling that her own music has brought to me and, I hope, to many more as the years go on.

These songs have an underlying feeling of exploration. I think the best music and art is that in which the end or the beginning is not always safe or secure, life isn’t black and white and about following a guide. For example, on Julia Holter’s take on “My Love, My Love,” I was not expecting it to be so bare, and for this approach to work so well. It is eerie and enchanting; it not only takes you on a journey through Holter’s emotional performance, but also makes you wonder how minimally Dalton would have sung it. It sounds like an outtake from an old Disney movie, or like a lullaby my mother would sing to me at night, and it makes me feel like a little child again.

Covers or homages to artists are often, in my opinion, some of the most affecting pieces of music. Occasionally, I feel that people don’t understand that it can actually be harder than performing or recording your own songs. You have this lineage and emotion from the original artist, to which you have to pay respect, and yet you still must find a way to bring something new to it and prove that it is worth its place in the world.

Sharon Van Etten’s “Remembering Mountains,” the title track, stopped me in my tracks. It could fit easily onto one of her own records, yet there is a vulnerability behind her delivery that gives the feeling she is willing to give everything over to the power of Karen’s words and nothing else is necessary, no flowers or frills, just purely effective simplicity. These words Karen wrote are so universal, yet somehow otherworldly — she seems to have enjoyed finding the in-between of discovering the deeper meaning to her world while still having humour and keeping things plain, with no extra drama. I love Isobel Campbell’s beautiful and bluesy take on “Don’t Make It Easy.” The guitar playing differs from the other songs on the record and recalls Karen’s more traditional roots. “Met an Old Friend,” when sung by Lucinda Williams, has a similar manner to it, showing Karen’s classic way of writing an old blues song. These songs show how empowering Dalton was as a woman while still retaining her essential openness.

Josephine Foster has such a wonderful voice, and her take on “Met an Old Friend” needs nothing more than that; her a cappella is just enough on its own. I love how when she sings it, it feels like a little ditty or an old nursery rhyme. Diane Cluck continues this theme and makes words about nature and pastoral themes seem quite elusive on “This is Our Love.” There is something for everyone with the addition of male vocals in Larkin Grimm’s “For the Love I’m In,” which really complements this Irish-tinged banjo song very well. It makes me picture an old barn and campfire. There is something so familiar about music like this that even if it is not your preference to listen to, it just feels light and makes you smile. “For the Love I’m In” and “Blue Notion,” sung by Laurel Halo, have such a fantastic contrast: the minimal electronic elements of Halo’s track leave room for the simpler words to have a different kind of impact.

Overall, I really feel the theme in Dalton’s lyrics seems to be having a child-like unknowing and excitement about wanting to explore the world, yet the finished songs are all so mysterious and show a deep sense of understanding; it makes me as a listener want to discover each day in my own way. None of these songs overpower Dalton’s essence, and I think each of these women found a great balance of being respectful and almost subdued in their delivery and singing in their own beautiful way.

Flo Morrissey is a singer-songwriter from London, England. One of nine children, and born on Christmas Day 1994, she is inspired by the likes of Billie Holiday, Jeff Buckley, Françoise Hardy and Lee Hazlewood. Tomorrow Will Be Beautiful is the name of her debut album, produced by Noah Georgeson (Devendra Banhart, Joanna Newsom, Cate Le Bon). You can follow her on Twitter here. 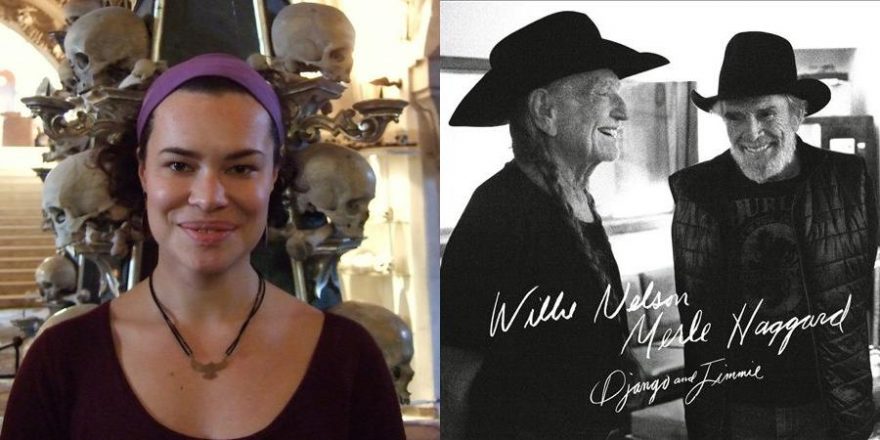