So I’ve been working on adapting a novel into a screenplay for a little while now. When I first read the book, I was thrilled. It had showed up on my doorstep in an Amazon package with no explanation, like a gift from the Movie Gods. At that point, I had been working on an original screenplay for way too long, banging my head against the wall trying to make it work, and getting more and more frustrated by the process. The structure wasn’t working, the characters felt paper-thin, and the mountain of work needed to get it to where it needed to be felt insurmountable.

But all of a sudden, here was this book. Just sitting there, saying, “Here, try me. Take a load off.” It didn’t take long to figure out that it had been sent by one of the producers of my first film, Gabriel (Shameless plug: coming to a theater near-ish you very soon!). He thought it might make a good movie, so I devoured it quickly. I loved it as a piece of storytelling, but I was even more excited about the idea of trying to turn it into a script. The plot already worked! The characters were fascinating! I could basically just transcribe the thing. What a breeze….

More like ‘what an idiot.’ While the process of adaptation has been thoroughly enjoyable, it’s been anything but easy. Streamlining and restructuring the narrative, combining and eliminating characters, and, most challenging of all, dramatizing the interiority of the book: all are difficult tasks. The novel’s great asset as an art form has got to be the ability to depict characters’ inner lives directly and thoroughly, and translating that to the screen is a very hard thing to do. Turning inner monologue into representative external behavior, or dialogue that shines a light on what’s going on inside a character’s mind, is, to put it mildly, not easy.

So it was with great excitement that I sat down to watch Sophie Barthes’ adaptation of Gustave Flaubert’s classic novel Madame Bovary. I remembered the book fondly and knew its significant place in literary history well enough, and also that the book was a landmark at the time of its publication, scandalous for its subject matter and revolutionary for both its realism and the depiction of its protagonist’s inner life. I was eager to see how Barthes would pull off the task that has been giving me trouble, especially since she had the added burden of expectation. Bovary is, of course, an extremely well-known book, one that is beloved and has been pored over for generations. Not only that, but it has also been adapted for the screen several times before, with mostly underwhelming results. (I’m thankfully in the clear on this front, by the way. The novel I’m working on is by a well-known writer, but it’s one of her early books, much lesser known than her more recent stuff, so it should play as a pretty new story to a contemporary audience.)

So, how does Barthes tackle this huge challenge? Well, she immediately makes it harder on herself. Bold moves are all over the place before the credits even end. First, she takes an “A Film By” credit on her adaptation of a book everyone read in Freshman English. Ballsy, but OK, that must mean this will be a radical re-interpretation of the classic story, right? Right?? Barthes then opens the film at the end of her story, with Emma (an ethereal Mia Wasikowska) already poisoned, dying alone in the woods, making sure that any viewers who may not have read the classic book will know what’s coming. Maybe that helps create a level playing field for the less well-read members of a contemporary audience, but just as a narrative choice, it sets the bar extremely high for audience engagement. The movie has to compel us so thoroughly that knowing what’s going to happen doesn’t matter. We have to care so much about the characters that we’ll follow them anywhere, even to a literally foregone conclusion.

The boldness of the opening only got me more excited to see Barthes’ take on the material, but almost immediately, I found myself disappointed. After the credit sequence, the action starts with young Emma’s wedding to the seemingly strapping country doctor Charles Bovary, played by Henry Lloyd-Hughes. The event is played as a largely joyous occasion, with Emma thrilled at the possibility of her future. I’ve been married for five years now, and I have to admit there was some trepidation going in. Of course I was excited and loved my wife dearly, but it’s still a scary fucking thing. So what the hell is Emma Bovary thinking? In the movie, we get no sense of her interior life prior to her marriage, only a glimpse once her dream has been crushed. In the novel, the reader has witnessed Emma’s infatuation with romantic novels that idealize the traditional notion of marriage, but not in Barthes’ version. We’re left to wonder.

Such is the conundrum of the movie. Barthes has made some bold choices in streamlining the novel, cutting Emma and Charles’ daughter, for example, and combining a few characters, and she has done a brilliant casting job in the lead role with Wasikowska, but the entire goal of a contemporary adaptation should be subjectivity, no? The novel was a breakthrough in depicting the inner life of a previously opaque archetype, but while Wasikowska’s often inscrutable face is perfectly pitched to the tenor of the moment, the filmmaking does little to let us into her head. Sure, the handheld camera lends both an air of authenticity and an undercurrent of unease to the otherwise beautifully depicted mise-en-scène, but beyond that, we’re left on our own to find any insight into the characters’ minds.

In the end, Barthes’ movie worked best for me as a showcase for Wasikowska, who as always brings a depth and complexity to her roles just by showing up. Her face is the saving grace of the film. But casting her in the first place again made Barthes’ huge task even more challenging. Wasikowska playing the title character of a classic novel makes it nearly impossible not to think of Cary Fukunaga’s recent adaptation of Jane Eyre, in which she also stars. That film brought a thrilling level of intensity to what seemed like a pretty stale story, and much of the credit for that must go to the pairing of Wasikowska and co-star Michael Fassbender, whose very real chemistry lights up the screen. That kind of chemistry is nowhere to be found in Barthes’ film, with the cast surrounding Wasikowska giving adequate performances, but not much more. Lloyd-Hughes is solid and engaging as the bland Charles, and veterans including Paul Giamatti and Rhys Ifans bring a level of fun to their roles that is sorely lacking in the rest of the film. But the actors tasked with showing Emma the greener grass of passion outside of her marriage fall particularly flat. Logan Marshall-Green is stiff and stilted as the Marquis, while Ezra Miller is even more out of his depth as the young law clerk, Leon Dupuis. It feels like he stumbled into the wrong movie.

It’s hard not to fault the filmmaking too, because of the lack of complexity or depth given to the secondary characters. Not much attention has been paid to such important questions as whether the Marquis or Leon actually love Emma, or just how intentional the bankrupting of Charles and Emma by Ifans’ Monsieur Lheureux really was; the audience members are left on their own to make up their own backstories and motivations. I found myself straining to remember how things were in the novel, which has to be the least desired effect a movie adaptation can have on an audience member.

You have to give Barthes and her collaborators full credit for taking on such a massive challenge here, and can hardly fault them for not quite living up to the task. But it would have been nice to see them experiment a bit more, subvert and refresh the stale narrative. Earn that “A Film By” credit, if you will. I, for one, am left realizing all over again just how hard an adaptation can be. Maybe I should think about going back to that original screenplay. It wasn’t that hard… 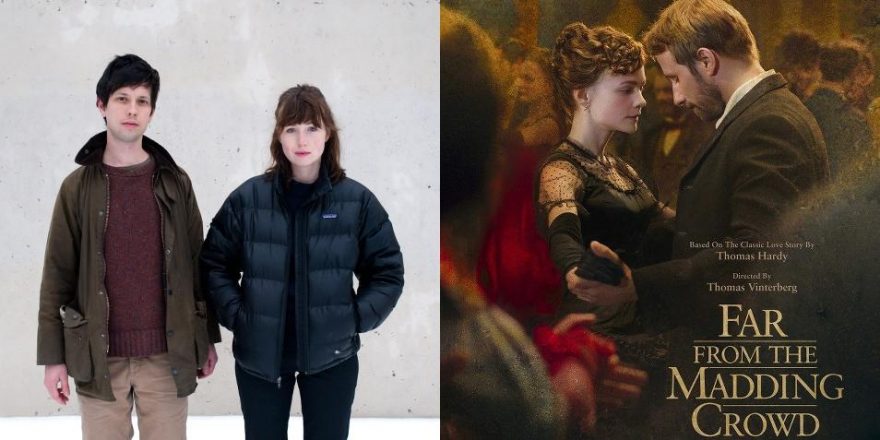