One reason I decided to write about a television series soundtrack is that I found myself disheartened and slightly depressed as I sifted through the latest releases, here in the summer of 2015, unable to find any popular or “hip” music worth listening to. There has always been a lot of crap out there, and there always will be. And I’m not going to sit here and say that these are particularly vapid times — at the ripe ol’ age I have become, I can confidently say that there will always be lulls in the zeitgeist, and perhaps this is the quiet before the storm.

At a block party in Brooklyn recently, I was struck by the karaoke portion of the evening. Regardless of age, everyone seemed to know every song. I can’t say the childless among us knew the particulars of a song from Frozen (2013), but we did know what Frozen was. On the other side of the coin, the children of the block, some quite young, knew the Beatles, Otis Redding and Bon Jovi. The crucible of popular music through the ages steamed of folkloric acceptance. Then I thought of this weird timeline that at once made me feel really old, but also part of something that has a life of its own:

In 1964, the Beatles’ “I Want to Hold Your Hand” kickstarted American Beatlemania. Since this was before I was born, it didn’t get to me until probably the mid-’70s but, as I’m sure happened with anyone born with ears across the board culture-wise, this song became inescapable and permanently ingrained in my consciousness. It was still popular thirty years later in 1994, when Kurt Cobain’s body was discovered, marking the end of another iconic Western wave of music. That thirty-year time span makes me wonder what was going on thirty years ago from this year (2015) in popular music. Well, in January 1985, Madonna’s “Like a Virgin” was just two months old. Did you ever consider that the number of years between that Beatles song and the “End of Grunge” are the same as between Madge’s breakthrough and whatever gets released this year? I find something disconcerting about that, although I’m not sure what it is. Dear children, thirty years is not a long time, at least not in this context. Of course, the paces of technology and accessibility have increased exponentially. Probably, I dare say, much more so than our creative ideas and open-mindedness.

What, if anything, does this have to do with the soundtrack to Orphan Black, a popular Canadian sci-fi series broadcast here by BBC America, about a group of clones? As I mentioned, I was basically led to television due to what I consider a lull in musical ideas at the moment. The soundtrack has always been an important genre to me. Masters of film music — Herrmann, Mancini, Goldsmith, and Barry, among others — are true composers dealing with a multimedia collaboration: sound and the moving picture. Not only did they understand how to write a great melody, orchestrate adventurously and create a specific mood, they also understood that film music is secondary to the film itself and should complement rather than detract from the director’s vision. Above all, at a time when film music was greatly supported and composers had a lot of imaginative freedom, they wrote great music that stands on its own.

On another note — and maybe this is the connection for me — the television series and its explosive re-invention in the past 15 years seems more forward-thinking as a genre than it ever has before. There is no question that we, as consumers of art and entertainment, respond well to the visual, especially if it’s done in original and resourceful ways. Music, being more abstract, has a harder time competing with that. I have the sense that Orphan Black score composer Trevor Yuile understands this, as well as the history of his genre.

A great thing about listening to soundtracks without the visual — in other words, strictly as a musical endeavor — is that an action-packed story is still being told. The tracks are often short, which appeals to our culture of impatience. Only seven of the twenty tracks on this soundtrack clock in over two minutes. Yuile also utilizes the leitmotif, which is a late 18th-century technique of connecting individual themes to the characters. This makes the listening experience cohesive and creates a narrative, and Yuile also manages to do it in a contemporary way. He said in an interview, “It was always part of my plan to help separate the personalities of the clones with particular sounds for each character. The way that works is not in any sort of melodic theme per character — rather, I try to look at it as a texture, palette, or vocabulary for each.” Yuile uses electronic manipulations with precise technique and skill, which is more than can be said for most artists these days. (Björk, FKA Twigs and Flying Lotus are a few notable exceptions.) For instance, in “Kira’s Cue,” there is what sounds like a hand-held drink mixer placed against a guitar string, creating a tanpura-like texture. The use of digital glitches, sound artifacts and pure distortion works alongside piano, percussion and bowed bowls (“We Meet Helena”). This is the kind of inventive orchestration that most popular music lacks. The placement of synth strings against a real string section makes me think of Radiohead’s fake choir in “Exit Music (For a Film),” which conjures the notions of empathy alongside cynicism — an ultramodern pairing for the dystopically inclined.

I feel comfortable comparing this soundtrack to popular music, not only because of the use of certain pop harmonic progressions and catchy, brief melodies, but because it is a television soundtrack, as opposed to music for a 90-minute feature film. That is something to be considered as these characters return week after week, becoming more and more familiar. As an audience, we come to expect a certain accompaniment. A series becomes something more akin to comfort food or tunes that are “radio friendly.”

I also wonder about how these shows are watched. Do people still own televisions, or are the majority of viewers stressing their laptop speakers at full volume? There are certain string or cymbal swells, delays, and an extra-sharp attack on the bass drum that make me think the composer is writing for the laptop. That is, Yuile knows that in order to convey something, he has to be willing to adjust certain tones and mixes and deal with the digitized, mobile world. He also doesn’t have the advantage a live band has of being a breathing, visceral and palpable event — possibly the only thing about live music that can’t be experienced in front of a 15-inch screen.

I can’t say there aren’t certain sounds on this record that seem slightly dated to me, which may be because of the effect of this made-for-TV aspect. When I listen to music, I almost immediately start to wonder where it came from: what are its roots, what are its reference points? A certain quality of Yuile’s Orphan Black work led me to Thomas Dolby’s 1986 soundtrack to Ken Russell’s Gothic (and now we’re pretty much back to my 30-year timeline). This album enjoyed continuous rotation on my Walkman in the late ’80s. Upon re-watching this surreal, silly film, I was struck by many moments when the soundtrack was not working. It was occasionally overbearing and invasive, which is a big no-no for film, but certainly makes the non-visual experience of the music worthwhile.

Ultimately, I’m not here to say what works or not in terms of this soundtrack and the visual story it accompanies. I do think it is an entertaining and inspired listen in its own right. It would be great if popular music took a hint from popular television and pushed boundaries a little more. If you wrote some lyrics about post-zombie-apocalypse love and added a nice vocal melody over the top of these tracks, you’d have an instant hit, and something a bit more inspired than the usual drivel that manages to be accepted these days. 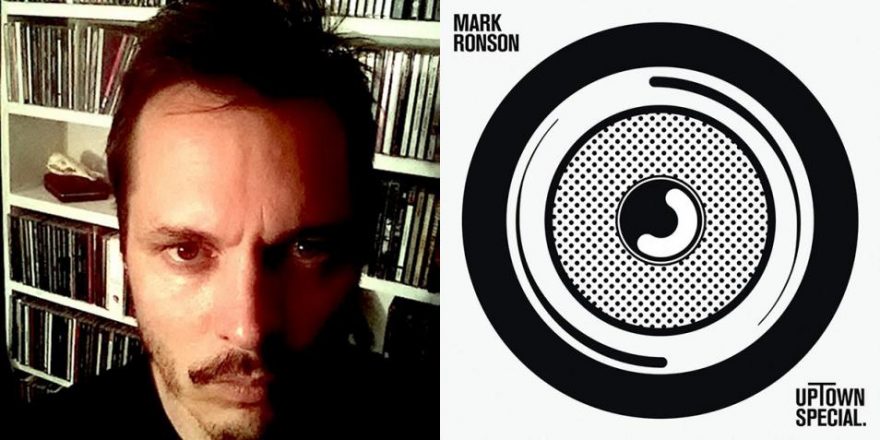