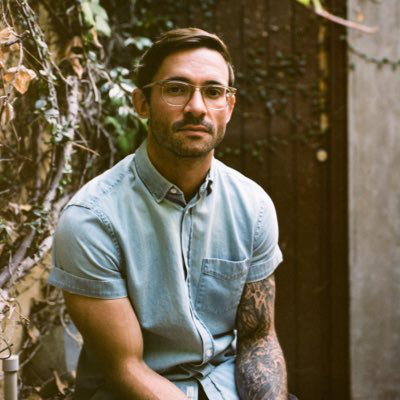 @docadam I did this just yesterday 😌

Writer-director Riley Stearns, whose new movie Dual is out now, on the pivotal role the martial art plays in his life away from movies.
It's no fun to read a major critic tear down your vision, but it's sometimes a different matter when the writer is a trolling internet commenter...
In bed with a cup of tea, having lunch or stifling a sneeze, Talkhouse Film contributors share their Sundance picks from Park City and beyond.
A longtime fan of one of the best short filmmakers around dives into his much-anticipated debut feature.
A previously hard-to-find cult movie gets a second lease on life. The reason? Lions, motherfucker.
Watching this richly musical vampire movie is like lying on your bedroom floor with headphones on, listening to a great record for the first time.
Flashing back to his high-school days, the LA-based writer-director ponders how you should discuss a film you don't feel strongly about either way.
I’m a predictable person. Last April, I saw an unsubtitled trailer for a film called Borgman and even though I didn’t understand...