I should be writing my next screenplay right now, but instead I’m training for a jiu-jitsu competition.

Just two months ago, I was gearing up to release my third feature film, Dual, and all I could think was, “I should be training right now, but instead I’ve got to focus on releasing this film.” I’m a very all-in person, to a fault. I’m envious of people who can focus on multiple things at once, whatever their field. Even writing this article is annoyingly counterintuitive, as all I can think about is my diet and my training and my weight and the laundry required in all of this – my god, the laundry!

Let me back up a bit. 12 years ago, I was a staff writer on a show called Tower Prep. I’d worked my way up the ladder in writers rooms for various television shows – P.A., then writer’s assistant, then showrunner’s assistant. Finally getting hired as a staff writer was a huge step. I was financially stable for the first time in my adult life. I had health insurance! Most importantly, though, after years of writing bad specs that never went anywhere, I was writing for something that would actually get made. Working in a room with creative forces like Paul Dini, Glen Morgan and his brother Darin Morgan was a dream come true. It was a crash course in how to break a story, how to structure an episode and how to deal with horrible network execs and their notes. And yet, I was depressed and I didn’t know why.

I was pretty unhealthy, but it had crept up on me slowly enough that I didn’t really realize it. I would go to the gym occasionally, but it never turned into a routine. I would ride my bike, which I loved, but even the shortest climbs had me gasping for air, often leading to me passing out from overexertion. It didn’t help that the Tower Prep offices were in Glendale, next door to Porto’s Cuban Bakery, which I frequented – sometimes twice in a day.

Unrelated to my health and feelings of depression, I had started watching MMA more. I’d never been in a fight in my entire life and had only been punched in the stomach once, by a kid in fifth grade who thought I threw a ball at his head (I didn’t and the punch was not fun), so I was borderline embarrassed initially by my interest in the sport of fighting. I was an art kid. I was a nerd. What was I doing watching this? Despite my confused feelings, I got more and more into it. I was even buying pay-per-view fights. At a certain point, it really clicked with me that it wasn’t just brawling, it was extremely technical and tactical and the fighters weren’t the stereotypical meat-heads people outside the sport perceived them to be. These men and women were athletes in every sense of the word. I found MMA generally very entertaining, but one aspect I found myself most fascinated by was when a fight would occasionally go to the ground, and the person who was often bigger or stronger would get caught in a submission or would be dominated positionally. I found out this was called “jiu-jitsu.”

After doing some research, I discovered that a jiu-jitsu academy was opening up down the street from my office in Glendale. “I’m doing it. I’m signing up for jiu-jitsu,” I told myself. But I didn’t. I was afraid. I worried that this wasn’t me and I was going to get hurt or made fun of. I was afraid of other men, though I didn’t fully realize this at the time. I made excuses. All of these feelings would eventually find their way into the script for my second feature, The Art of Self-Defense.

In 2013, my short film The Cub played Sundance. It was an insanely proud and validating moment for me. After the festival, I wrote a script called Faults and it immediately found a home at Snoot Entertainment, which prioritized moving it into production as soon as possible. Despite all the good that was happening in and around my life and career, something was missing, even if I didn’t completely know it.

It ended up taking me three years to walk through the door of Glendale Gracie Barra, and it was the best thing I ever did for myself. I don’t remember what finally got me to walk into that academy, but I do remember all three techniques we learned that day. And I will never forget getting completely decimated by a one-stripe white belt (I’d later find out that his belt indicated he’d been training for at least a month). I did one positional round with this white belt where I felt like I was under water. I had no idea what I was doing, but even then I don’t think I realized just how little you actually know when it comes to grappling your first time with someone who has even the slightest bit of experience. I went to the restroom after class and threw up, then signed up for classes. This was May 2013.

We shot Faults later that year and I took a break from training due to the stress of shooting my first feature and the complete lack of downtime. During the edit, I started going back to classes here and there, but my mind was mostly on the film. I took another break for our SXSW premiere and with every festival I got invited to, that break extended more and more. I really enjoyed jiu-jitsu, but traveling around the country and the world playing my first film for people was euphoric. I was experiencing what I’d always wanted to experience. I used to say, “If I can make just one feature, I can die happy.” Here I was with that feature and people liked it and I decided to fully immerse myself in the experience, in case it was the only film I ever got to make.

About six months into my break from jiu-jitsu, I got a call from one of the upper belts at the academy, checking in on me. I’ll never forget him telling me I was missed and that if I quit, I’d regret it the rest of my life. And I knew he was right. I’d been wanting to go back, but I was once again afraid. This time, though, I was afraid of regression, both in terms of technique and in even more so in terms of cardio. I didn’t want to go back to gasping for air during sparring or getting caught in a submission by someone smaller or less experienced than me. They say that there isn’t any ego in jiu-jitsu, but that’s not entirely accurate, especially early on.

I ended up building up to going back and did, in fact, get caught by people who were less experienced than me and did throw up after classes again … but I was back. In my nine years of training, I’ve visited gyms all over the world. I’ve sparred with world-class athletes at every belt level. I got silver at the World No-Gi Brazilian Jiu-Jitsu Championships at purple belt. I’ve seen students come and go. I’ve seen training partners earn their black belts. I got divorced and saw firsthand what jiu-jitsu could do for someone going through a trying time in their life. Jiu-jitsu isn’t a substitute for therapy, but it has made me a healthier person in every facet of my life.

We shot Dual at the end of 2020, during the pandemic, in Tampere, Finland. Getting to the country was a bit of a shock to the system, to be honest. Whether it was flying for the first time in almost a year or being in a country where people mostly weren’t masking (due to a good handling of the virus and low case counts), it took a while to settle in. I had been training in my garage during the pandemic with three training partners who all took COVID seriously. I wanted to do my best to not be part of any spread, so that meant no training at my academy from March until August, when I left for Finland. One of the first things I did once I settled into my new home in Finland was visit an academy to train with their competition team, and it felt amazing. I’d missed that feeling of sparring with new people and getting beat up by people who were better than me. I felt like myself again. Two days later, I was sick with a cold and that put a stop to whatever pipe-dream I had of training while shooting in the country. Just one positive case on Dual would have thrown production into a tailspin. It would have been unbelievably reckless and selfish of me, but it was still disappointing knowing I’d be without training the next three months.

So, here I was in Finland, directing one of the first productions back, making a movie that I loved with all my heart while there were filmmakers out there struggling to get their shoots off the ground – or worse, dealing with the aftermath of a COVID shutdown, films that got accepted to premiere at world-class festivals or lost their chance at a theatrical release. Or, even worse yet, filmmakers who had been in production on something that got shut down during COVID and never were able to finish shooting their movies. There were so many reasons to be grateful, and I forever am. I gave all of myself to Dual while making it … but there still was that little voice in the back of my head, “I should be training right now …” Years of doing this, though, helped me realize it would be there waiting for me when I got back, and it was. And I know writing will be there waiting for me in two weeks, after I compete at this event.

Time to do some more laundry. 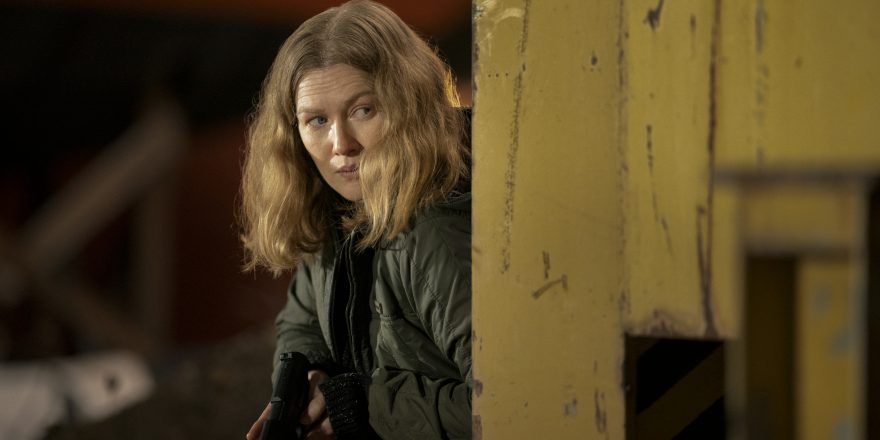