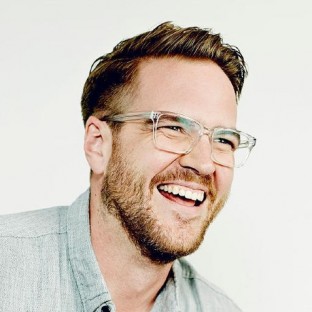 I first saw TRANS by Julian Goldberger when I was 17. Had just dropped out of high school and was taking film class… https://t.co/UKQRpu1Fd8

Filmmakers Allison Anders, Lucy Walker, Marie Therese Guirgis and Patrick Brice pay tribute to the beloved titan of world cinema.
The two directors, both currently making movies for the Duplass brothers, talk about their upcoming projects, parenthood, Trump, and more.
Allison Anders, Charlie McDowell, John Krokidas and more pay tribute to the late Oscar-winning director of The Silence of the Lambs.
Talkhouse Film contributors dig around on IMDb, Amazon, Netflix and more to find the most hilariously outspoken takes on their movies.
Patrick Brice makes a case for the thrillingly playful (and human) true-crime show from Ryan Murphy and writers Scott Alexander and Larry Karaszewski.
For a former employee of the beloved music store chain, this documentary on Tower Records brings back memories.
One of the breakthrough filmmakers of Sundance 2015 basks in the sheer scale of destruction — and sheer size of The Rock — in this new disaster movie.