In the post below, Talkhouse Film contributors remember the incomparable, iconic auteur Agnès Varda, who has passed away at the age of 90. Varda made a vivid impression on everyone who worked with her or had even the most fleeting encounters with her. She was one of a kind, and will be keenly missed by the film community.


More remembrances will be added to this post as they come in. Feel free to leave your own tributes and memories in the comments section. – N.D.

Allison Anders (writer-director)
Some 15 years or so ago I was asked to do a Q&A at the American Cinematheque with Agnès Varda for her marvelous documentary The Gleaners and I. Well I was honored and terrified. The latter proved to be unfounded ’cause you didn’t need to do a Q&A with Varda, you’d just hand her the mic and she’d go! But I was able to present her a gift: a little roll of 35mm film which was the trailer for her lovely film One Sings The Other Doesn’t, a film I’d seen and loved in the theater when it was released. I told her, “I gleaned this for you from eBay,” and she looked at it amazed and then tucked it possessively inside her coat and said, “Those bastards never give us anything!” Oh yeah I knew who she meant.

Marie Therese Guirgis (producer)
I was only a month or so into my new job, my first job ever in film. I was a young film lover, fresh out of a graduate film studies program, and a French film maniac.

My boss came over to me, handed me a post-it note with what I recognized to be a French phone number on it, and casually asked me to call Agnès Varda. She might as well have asked me to call the President. She made a joke about how it was now my turn to be Agnès’ main contact and plus, I spoke French. Our company had the distribution rights to a number of Agnès’ late husband Jacques Demy’s films, which she controlled. Evidently Agnès called often and asked a lot of questions.

I stared at the piece of paper for a long time, probably an hour or so. I was supposed to call AGNÈS VARDA??? I may or may not have called once and hung up as soon as a woman’s voice answered. Finally I called and Agnès herself answered the phone. She said hello brusquely and immediately started asking questions about a financial report that we had recently sent her. “Where’s the Japanese TV sale?” “Only $30,000 for Brazil??” “The math is wrong in column 3!” She spoke French as fast as I spoke English and I found myself grasping to get out even high-school French in response. She took pity on me. She started asking me about myself, she asked me when I started there, asked about my last name and my family. It was just enough to get me speaking normally. And then she went back to drilling me about business.

That was the beginning of a rapport that lasted a few years and meant the world to me. I spent time with her in New York and, most memorably, in Toronto, where I offered to take her to a fancy place for breakfast and she insisted on a place that I can only charitably call a diner.

Everywhere she walked, she took pictures and she marveled. She marveled at details of buildings and faces. She noticed things I had ignored. Already 70, she took interest in everything, asked questions of everyone. She spoke to homeless people wherever we went and then gave them money. I had never known someone so curious and so open.

She continued to call me and “yell,” but she always asked how I was, recalled little things abut me, and sent me her famous collage Christmas cards, which are now personal treasures. I respected her demanding approach to the business of film enormously. She was on top of every sale, every check, every mistake. She demanded better and more. She had poured years of both time and money that she didn’t have to painstakingly restore Jacques Demy’s films. This would be her children’s legacy. This was his legacy.

I learned from Agnès that filmmakers need to thoroughly understand the business of film, and I always tell that to young directors. She stood up for herself as she should have, but in a totally informed manner. I watched her never take herself too seriously and just do the work, do the living. She was long a legend, but she seemed to approach life like a curious child. She knew her value. She was proud of her films. She championed her own films.

I have been dreading this day for a long while. You know someone can’t live forever, but it seemed like Agnès had a chance.

A film I produced is opening in theaters today. It was born of an idea I had one day, an idea that was scary and kind of crazy. I pursued it nonetheless. I followed my instinct and felt my own power. I’m very proud of myself, to be honest. Agnès showed all of us women that it’s OK to be proud of ourselves, it’s OK to recognize our power and our potential, and that we shouldn’t fear the attention.

She was amazing. She absolutely lived.

Lucy Walker (director)
Agnès Varda, my mentor, inspiration, friend, teacher, awardee (at Cannes we gave her top prize for Faces Places), subject (we filmed her on how artists like her do great work in old age for our creativity project), guest speaker at TEDxVeniceBeach, which I curated and hosted. How can I grieve when you gave us so much? How can we follow in your footsteps gracefully? How can we ever live up to your standards? When we filmed with you, our crew couldn’t keep up with you and you hated to stop for their lunch — there are too many things to do — and then you’d show us your postage stamp collages and we were off to the estate sale and the back of the garden and … phew. I am shooting today and seeing how many photos I have of you I can’t pick because my break is too short. Life is too short when you are in it and I want to live as fully as you do. My love to your children and all your fans and my generation of documentary makers who are more inspired by your Gleaners than any other film. I must get back to my filming now. Which I do now and always because of you, Agnes. Merci. Here you are editing in my editing room. Here you are sitting at my desk. Here you are on my stage. I am so honored and lucky to have had you in my life. To have you in my life ❤️

Patrick Brice (writer-director)
I met Agnès Varda in 2010 while doing a semester abroad in Paris. My friend Marie was assisting her, working at her studio on Rue Daguerre. Marie was helping her create an avatar in Second Life so that she could go visit Chris Marker inside the game and view a film he made.

I naively asked Agnès if I could film her in the process of learning Second Life, as I thought it could make an interesting short film. She scoffed at the idea, asking, “Who would want to watch an old lady trying to work a computer?”

She was more than right to say no. I’m grateful she did! This is an artist that has spent her entire career sharing herself with her audience in the most generous way imaginable. Why give that up to anyone else?

It still makes me smile to think of her traveling through virtual space to watch an old friends film and share a dance. One of a kind and so many lessons left for us earthlings.

Featured image shows director and cinematographer Kirsten Johnson with Varda in March 2017, when they recorded an episode of the Talkhouse Podcast. 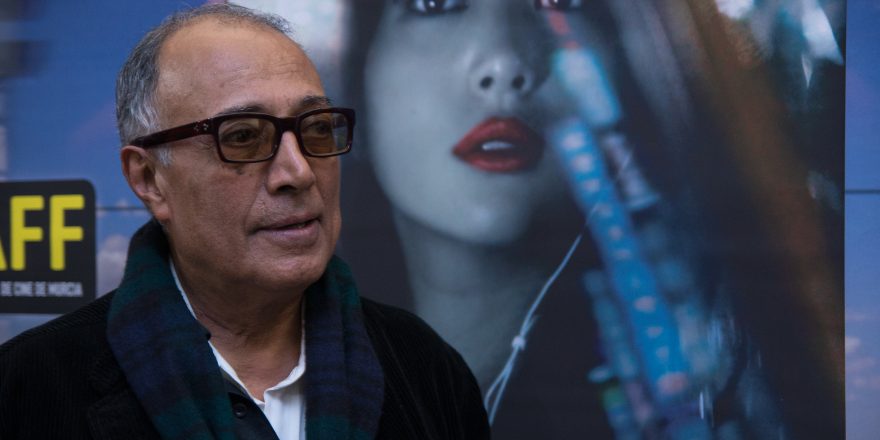 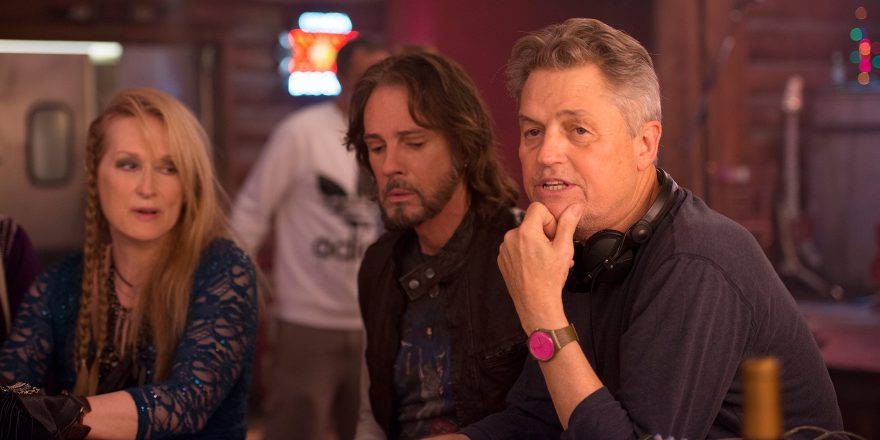