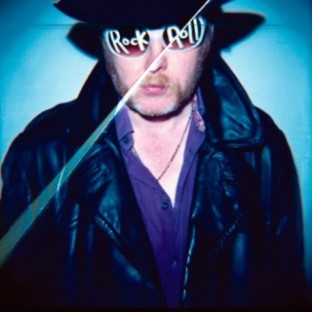 I shall be doing walk throughs for my art exhibition at Gallery 46. 46 Ashfield St. Whitechapel. Sat 4th Feb, 3pm -… https://t.co/w2xruOv2MV

Formerly of mid 90s electro-indie bands The Auteurs and Black Box Recorder, this legendary front man has gone solo with a hip-hop/pop pastiche sound to play to a well establised following of fans. Relentlessly highbrow, Haines's dark-but-mischievous lyrics typically fall into three groups: musings on obscure Anglicana (The Mitford Sisters, Freddie Mills is Dead), bitter attacks on modern society, particularly the arts (The Death of Sarah Lucas, Christ) and twisted 1970s anti-nostalgia (Leeds United, Here's to Old England) - with the odd dash of self-aggrandisement thrown in for good measure. Despite cultivating an image as a sinister misanthrope over the past fifteen years, Haines's live sets are notable for his self-deprecating humour and between-songs banter - and for their surprising brevity. But considering that most of his songs are well under three minutes, this doesn't necessarily mean a short set list. Read more on Last.fm. User-contributed text is available under the Creative Commons By-SA License; additional terms may apply.

Luke Haines (the Auteurs, Black Box Recorder) thinks Ty had a little Marc in his heart.
Luke Haines (the Auteurs, Black Box Recorder) may not be much for the Fab Four, but he’s certainly down with Yoko Ono.
Luckily, Head Carrier delivered.
Sorry Radiohead. Sorry Bowie. It’s all about those fantastic Monkee voices.
Sadly, it was cockless and weak as a runt child's piss.
Our middle-aged writer takes on the massive boy band's latest—but turns down the iPod lest any music leak out and people think he's creepy and mental.
Forster sounds agog with the possibilities that life has to offer on his first release in seven years — and his hair is still excellent.
Luke Haines detests reunited bands as much as anybody, but "Gunga Din" is the Libertines' redemption song. All is forgiven, Pete ‘n’ Carl.
Mr. Haines was prepared to dislike FFS but concludes, "If you don't like it, you are either a lobotomised eunuch or a British restaurant critic."
We’re not going to mince words: this piece is just Luke Haines mercilessly ripping on Noel Gallagher.
Maybe Aphex Twin is a sphinx without a riddle. Maybe pop can't really sound new again. Maybe Syro is best heard with the volume down low.
Every year on the 26th of December in Clovis, New Mexico, a pageant takes place. It is known as the Real Feast of St. Steven. Hundreds of...
What have almost all new bands/musicians in the UK got in common? Hype. Seemingly the only way to launch the "career" of a new artist. The music...