“The men don’t know what the little girls understand,” growled Howlin’ Wolf on his classic 1961 recording of Willie Dixon’s “Back Door Man.” Every proper rock fan knew what Mr. Dixon’s one-liner was: a prophesy of the future, a future where men would have endless discussions about whether the Beatles’ “White Album” would been have better as a single album, which lineup of Captain Beefheart’s Magic Band was best, and at what point in their lives would they actually start liking Little Feat as much as they felt they ought to. Women, on the other hand, would prefer to dance to Motown records rather than collect them, and when the chat changed to the serious business of manly rock & roll, they could go to the bar and order a nice white wine. Of course, all this changed recently when Viv Albertine of the Slits singlehandedly made it OK for women to like rock music as well as men. Bad Viv.

One Direction obviously know what the “little girls understand.” Although they’ve probably never heard the song before. It would be easy to write a Paul Morley-esque review of the Direction’s fifth album, Made in the AM, littered with inane references to Baudrillard and Duchamp (or whoever is currently clogging up P-Mo’s cultural bin-bag of a brain). Or I could do one of those old school NME pieces that they used to do on hapless Kylie — trying to turn her into an achingly hip indie icon. As a 48-year-old man I am, of course, too young to give One D the Morley treatment and too relevant for an NME big up. Instead, I decide to listen in situ. I am going to experience this Made in the AM just as a One Direction fan would. I shall be mainlining the “D.”

After failing to load up Made in the AM on my ancient fucking iPod, I turn my attentions to YouTube. I am now literally living the One D experience. Unfortunately, there is no video for opening track “Hey Angel.” Unfortunate, because without any visual stimuli, I am left to create my own image, that of a very lonely sad cow in a wet field whose mooing has been cruelly put through Auto-Tune. Things don’t improve when a photo of the band pops up. One of them looks like a gynaecologist. Oh dear. For track 2, “Drag Me Down,” there is a video. This is good, and things start well when Harry Styles starts singing. I like Harry the best. He’s got a bit more of a rock & roll voice, better than the dude who sounds like a lonely cow. It’s all going well for about twenty seconds until the one who looks like a gynaecologist leers into the camera and does some throaty, lusty, vocals. They’ve all got stupid tattoos. Those Asian-style ones. Not proper tattoos like prison officers or prisoners. I start focusing on what they are wearing. The blonde-haired one is wearing purple winkle-pickers — clearly the whipping boy of the band — I suspect he’ll be out on his ear before too long. This isn’t working, so I head back to my fucking iPod.

After a brief but heroic struggle, I manage to install Made in the AM onto my fucking iPod. I am now sitting upstairs on the bus. Perfectly in situ, because this is where One Direction’s young female fans would listen to their heroes. The problem is that I am a middle-aged man with a large handlebar moustache, wearing a rock & roll drape, a fedora hat and brothel creepers. Listening to this music through headphones makes me self-conscious of my otherwise excellent look. I turn the fucking iPod down in case any music leaks out and people think that I am creepy and mental. A track called “Infinity” is playing. This one’s a bit world-weary. “If you like cameras flashing every time you go out,” sings Harry. The old post-fame blues. Apart from Andy Warhol (debatable), it would seem that fame has never vastly improved anyone’s life. With this thought in mind, I get off the bus.

In recent times, one of One Direction departed and went off in another direction. This was Zayn Malik. I liked Zayn. Zayn looked like a proper lazy boy. He shuffled around a bit, looking stupidly handsome, and mumbled his way through the rappy bits. I like pop stars who look like they can’t be bothered. Anyway, as I’m pondering Zayn’s shuffling, my fucking iPod does a bit of shuffling of its own. I am now listening to a horrible ballad called “If I Could Fly.” It’s got plodding “Let It Be”-style workmanlike piano chords and the lonely moo cow dude is back on vocals. One critic recently claimed that Made in the AM is One Direction’s Abbey Road. Don’t worry, serious men of rock. It isn’t.

“End of the Day” pops up. “‘End of the Day,’ what a terrible title,” I think to myself. Who wrote this? Was it David Beckham? Actually nobody wrote it. “End of the Day” is a crumbling skeleton of a barely formed half-idea. In evolutionary terms, it is as close to being an actual song as an amoeba is to being Steven Hawking. Naturally, the producers go to town on “End of the Day.” Clearly, weeks of studio time have been expended on this disaster, resulting in a feeble boy-band filler track now sounding like the last gasps of Heath Robinson’s washing machine. It’s quite an effort.

I am just not getting the One Direction experience, and I am now losing the will to live. Maybe if I attempt to kill myself and end up in a coma, One Direction will come and visit me in hospital, and sing me a song. Maybe only then will I really understand. Luckily my fucking iPod has had a similar thought and commits suicide just as something called “I Want to Write You a Song” begins.

OK, so One Direction are a soft target and I’m one of Willie Dixon’s “men,” so I don’t get it. But I wonder how much Harry & Co. even care about their own album. It’s pretty doubtful that they would have spent much time in the studio involved in its creation — boy bands just don’t have the spare hours go in the studio, what with those heavy press days in Europe’s lonelier outposts such as Cologne and Brussels. There is one track left: “Wolves” (sadly, not about the West Midlands football club) — it’s another of those “post-fame demons” tracks. My fucking iPod has crashed and I can’t find the track anywhere, so I listen to a cover version instead. A young girl plucks unsteadily on a slightly out-of-tune acoustic guitar and warbles away in squeaky English-as-a-second-language. There’s some excellent background noise going on, a chicken, things falling over and someone fumbling with paper. It’s the best 1D thing I’ve heard so far. Clearly, the little girls do understand. 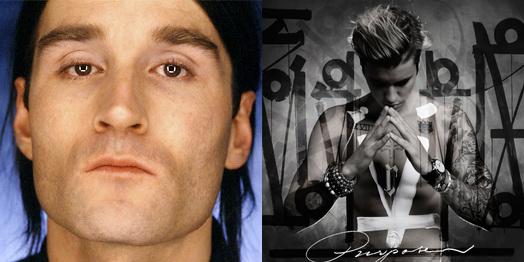