I’ve had trouble sleeping. Or I sleep 13 hours a stretch. I can, however, keep still on the subway when I see people with “Make America Great Again” hats. No fights or screaming. Reserving that for late January. I have participated in closed-door, black-people-only conversations. Many of us anticipated this state of events since childhood. We are appalled at the naiveté of those who haven’t. I don’t care a whit about the upcoming awards season. Most of it will be same-ole; more hetero white guys giving awards to each other, so what. I hope that Moonlight wins (which it certainly should), and in a year in which we lost Prince and Bowie and Wajda and then America itself, it would make total sense 2016 would be the first time a nationally lionized feature film about black and gay men won Best Picture. White folks only let you have stuff when it isn’t worth anything anymore.

Maybe the brutality of this year soured me, but from my seat 2016 wasn’t great for film. I felt few moments of true cinematic rapture. It was certainly no 2015, which gave us Mad Max: Fury Road, Creed, Entertainment or Krampus, to name a few high tops. I can remember getting to the superb and sublime with O.J.: Made In America, the first and final episodes of The Get Down, and Kubo and the Two Strings (maybe). Tower was vital, 13th was stirring, but they were sheer appetizer to I Am Not Your Negro and Unarmed Black Male. All four should be essential for every American, and required for people who once pronounced themselves a Bernie bro. That’s about it for sublime. I enjoyed The Witch, Green Room, The Conjuring 2, Allied and Eye in the Sky. But I would trade them all for 2014’s Inherent Vice and Leviathan.

Arrival – meh. The second half was Sentimental Cliché City, and any movie which gives Forest Whitaker a role that has absolutely no arc, no plot twist, no character, but drapes itself in sanctimony, is racist. Yuck. Bradford Young’s cinematography was fabulous, tho.

Christine was effective. Sully was good. Snowden was not good. But near the end it gave me a needed swell of patriotic bros-before-Feds vim. I’m glad Snowden has his own superhero film and request Oliver go get his talent back. Yo, Stone! Spike Lee can’t get financing for his pet projects. You can. So direct better. Redeem yourself: Do Chelsea Manning’s film next. But no dude actor playing trans. Basta on that. The lovely liberal actor Mark Ruffalo got his “whitey wake-up call” in September for casting Wonderbread Matt Bomer as a trans character in some new indie he produced and was shocked – shocked! – this may prove a problem to unemployed trans actors, “sick-of-it” trans audiences and their annoyed pals. Note to everybody not black: start being more like black folks and stop being shocked when folks get angry for the stupid things you do.

Fantastic Beasts and Where to Find Them had an astounding middle section where it got out of the convoluted Pokémon-meets-Avengers plot and actually dazzled us with some Meet-the-Beasts business. It almost made my eyes mist. But that horrid twitchy imprecise white guy twit as the “star” of the film is such a Dr. Who rip-off (without the wicked charm or clear agenda). Every supporting character in Fantastic Beasts is 100 times more interesting than its star. Could all the We-Gotta-Have-a-White-Guy-in-the-Center movies now end? There is a scene in Almost Christmas where Danny Glover and Mo’Nique (!!!) at the end of a long and arduous bittersweet family battle give lessons in how to carry the emotional core of a film. I wish more white people would go see films like Barbershop 2 or Almost Christmas.

Lemonade was, of course, superb.

The mopey high-glam classism of Nocturnal Animals would have been camp hilarity if it weren’t so boring. Not a bad movie, but unquestionably not good. And it has zero point to exist. Enough white people films about nothing. Enough posh actors pretending to be snaggle-toothed Red State nasties (temporary pass for Daniel Radcliffe, whose work as an undercover Nazi in Imperium was true cold-blood). Also in the They’ll-Let-White-Folks-Make-Any-Kinda-Movie-and-Pretend-It’s-Good Dept.: jeers to whoever decided a Ghostbusters movie could work without a script with a sense of anarchy; fuck you, Seth Rogen and your dull ethnic stereotype bile Sausage Party; and blech to the pretentious fraud that is The Neon Demon, which resembled what a particularly un-woke undergrad might vomit up after cutting coke all night off 1980s Ken Russell DVD cases. I take part of that back – 1980s Ken Russell is badass and undergrads deserve more benefit of the doubt.

And from what pastel corner of White Folk Hades is La La Land? A plot so limp and characters so dull, it makes Xanadu (with its love triangle and performers who can actually sing) look like The Godfather Part II. True, La La Land isn’t as racist as Whiplash, which envisioned a white-only world of jazz in a land of zero black characters with purpose or agency. Whiplash was sold as a jazz movie, mind you. La La Land is not sold as a jazz movie; it has characters that yak about jazz and gives John Legend a non-jazz, non-character to play. Listen, white directors – “the blacks” are not backdrop to your lives. We are, in fact, the nexus of your world – as proved, once again, with this election.

La La Land does nail the ending, however. Its final five minutes, genuinely great. Also I was really into Midnight Special, in fact loved it, until Michael Shannon and Joel Edgerton’s characters turned into White Men Who Cannot Die (annoying enough in Iron Man, but egregious here), as their white fellas from alt-white county get shot, dragged, flipped in a car, and don’t even seem to feel pain. Yuk. When white people get hurt in a movie, I want them to feel it, like the white guys in the marvelous Manchester by the Sea, which is all about, among other things, how being sequestered in your whiteness hurts cuz you can make stupid mistakes and not go to jail. Then you can’t express your feelings, so everybody hurts. Funny how both Midnight Special and Arrival had in common a first contact that results in a singularity (of sorts) where we, as humankind, can finally ascend to become eternal beings of love… yet requires no black individuals to come along. None at all. It reminds me of that old Richard Pryor remark about the original Westworld film as having no black characters: “Looks like white folks ain’t planning to have us around!” Nope, clearly not.

Sonita was groovy. Little Men was wonderful. Elle was dope. The Love Witch was cool, if a bit long. My man Larraín kicked ass with Jackie, even in the parts where the story or dialogue got stupidly cute, which was often. I missed King Cobra and American Honey. Maybe I didn’t miss much. I couldn’t bring myself to see Certain Women cuz Night Moves stunk so bad but have been assured by many it is a glorious return to form. I admired Wiener-Dog, Hail, Caesar! and Everybody Wants Some!!, even though I can’t imagine wanting to see them again (I’m more of a Storytelling, Barton Fink, A Scanner Darkly kinda cat). I’m looking forward to Krisha, Silence, Fences, Always Shine, Julieta and Hidden Figures – but what onward-thinking person isn’t? My trusted pals say Toni Erdmann and Spa Night are The Bomb, so I will save them for a day when I’m not in a “What Fresh White Folks Crap is This?” mood.

I shall see Rogue One with my best friend, who I see every Star Wars movie with since forever. As the world has chosen white supremacy and oil money over decency and the climate, I suppose forever won’t be too much longer. But I’m not done yet. Back in 2004, uber-hatemonger Steve Bannon, in his then position as overlord of Wellspring Films, greenlit funds that got the treasured documentary Tarnation, which Jonathan Caouette directed and I produced, into the world. And now he’ll have a hand in ending everything. I will use my time to build. 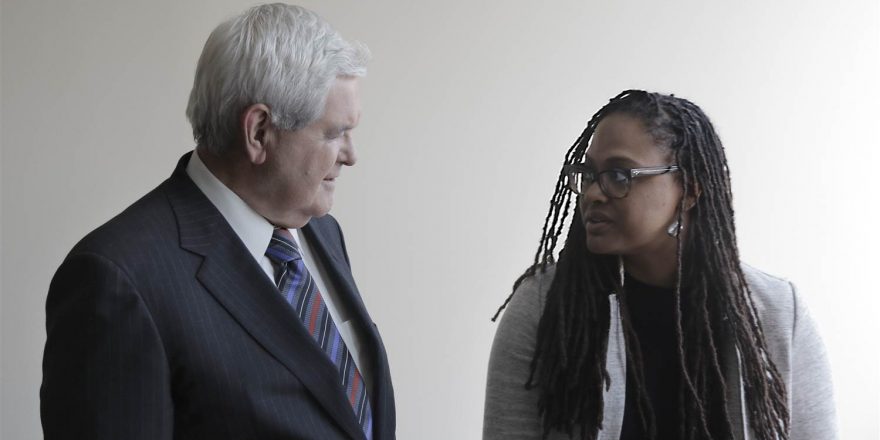