I like the mumbly gang vocal outro of “Heartstopper.” I like the weird studio sounds moment/drum turnaround that happens just before that.  I love the reverby compressed piano hits plus breathy female vocals on “Amnesia.” And I like that song’s “button ending,” the tape stopping on the last hit. I like the straightforwardness of “Love Overdue” (though my teenage self would be furious that I find a straightforward reggae song played by an old white man acceptable). I like the mix of the ending of “Goodnight, Irene” — there’s a slight dip, as if they were gonna fade it out, but then they decided to let the natural ending play, but then remembered that somebody coughed or said something crass so they bring the fader down just before the reverb decays naturally.

I think of these moments/qualities as memes — in the “analogue to genes” sense, not the hilarious internet sense. These are the units of culture from Crosseyed Heart that have most obviously survived in my mind and have the best chance to replicate — with some mutation — and bear creative fruit. In order to judge the true fitness of these memes, obvs, we’d have to let them loose into the general population and see what happens over the next few thousand furious iterations. I’m gonna guess the “quality of the ‘Goodnight Irene’ fade-out” won’t be that everlasting, but you never know — I’m increasing the odds, at least a little bit, by talking about it here.

It can be a relief to think about music memetically. It takes all them wishy-washy emotions out of it and puts the emphasis solely on survival. I can hear the memetic code of “Wake Up” a few generations diluted in “Home,” by American Idol season eleven winner Phillip Phillips. “As in the case of genes, fecundity is much more important than longevity of particular copies,” wrote the famed evolutionary biologist Richard Dawkins back in the mid-’70s. If Phillip Phillips helps me live forever, maybe I’m fine with it.

Crosseyed Heart is great for Keith Richards the musically replicating organism. He’s always identified himself as something of a pure musician — a pure meme carrier. In his book, Life, he talked about forming the Rolling Stones as a way to disseminate (ewww) black American music. Crosseyed Heart reaffirms Richards’ position in the heritage of music. The album starts with old-man blues — similar to the old-man blues he and Mick Jagger have been playing since the ’60s, but this time actually sung by an old man. He plays “Goodnight, Irene,” for goodness’ sakes. And I like him for playing it. I can easily picture a world in which I have no patience for an old rock star playing “Goodnight, Irene.”  Some songs come from the same well as “Wild Horses” or “Street Fighting Man.” Whether these particular songs survive or not, the well is worth drawing from. Some of these songs are genetic dead ends, but they contribute to the survival of the main genetic line of “Keith Richards playing guitar music.”

Regardless of any song’s individual impact, the album is good enough that it reinforces the fact that Keith Richards is real and makes good music, that — of greater importance to him, perhaps — the music he cares about is worth caring about. At worst, the weakest tracks feel a bit high-fashion normcore — like, why do that shitty T-shirt and jeans look so good? Oh, right, they cost hundreds of dollars and they’re being worn by a young, beautiful model. Keith Richards in a nice studio is the musical equivalent of a beautiful young model. Most stuff he does kinda works, and sometimes that’s infuriating.

But the best stuff feels genuinely normcore — in the pre-meme, original K-hole sense: someone blending into a situation, but blending in with their whole heart and soul with great enthusiasm. Keith Richards playing music is gloriously normal, and he’s gloriously un-self centered about it. Grandpa’s wearing cargo shorts and he looks amazing.

And still, even if he’s phenomenally successful in the propagation and inheritance model, how long could he survive? Homer’s poems are around 3,000 years old, and geologically, that’s basically nothing.

How do you make art on a 40,000-year strategy? You can’t really. Survival is dumb luck. It’s whatever happens to be on the entertainment system in the fallout shelter on Mars in 500,000 years when the aliens arrive to collect the few hundred human survivors and take us through the Stargate. But even then, to be honest, Keith Richards has made so much fallout shelter-worthy music that his odds are better than most people’s. 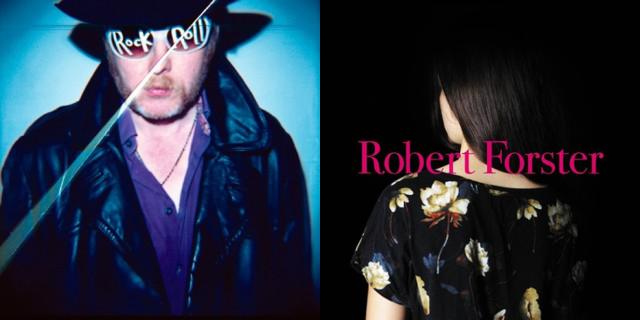