The first time I went to see the musical Fun Home at the Public Theater, the lights came on after the first ten minutes, and a voice announced, deus ex machina-like, that the show would not go on. An actress had become ill. For a moment, there was a vague sense of pandemonium among the crowd. Then an usher called out, “All tickets will be refunded,” and we, the befuddled audience, took our cue, and filed out into the lobby to get our money back. You could almost imagine Alison Bechdel, the author of the book on which the musical was adapted, and a meticulous archivist of her own life, wringing her hands.

But such are the perils of translating a graphic novel into live theater: now there is not one artist, but many, and, whoever gets to wear the official title of “artist in charge” sure as hell can’t count on everyone else to act exactly as planned. For the graphic novel, despite its many frames and panels, is one of the most hermetically sealed art forms ever invented. Holding in its many rooms not only images but also thought and dialogue and even onomatopoeic sound, the mansion of the graphic novel seems to contain the whole world. Add to this quality of both detailed and capacious reproduction the function of the graphic memoir, and you’ll realize how much writing such a work mimics a decade-long psychoanalysis. Any true master of the form has to suffer from a certain amount of OCD.

And yet Bechdel’s life resists all but the most profound sense of order. It makes sense only as narrative. It is too filled with questions and doubts, too rife with mystery, hurt, betrayal, and joy, to be anything other than a grand tragicomedy on stage. Bechdel grew up in a funeral home — the “fun home,” they called it, for short. Her father, the undertaker, was a closeted gay man who had affairs with teenage boys. In college, Bechdel came out as a lesbian. A few months later, her father killed himself. Within a few years, she had become a prominent cartoonist, the author of the strip Dykes to Watch Out For. Above all, her life story seems to ask the question, why? But Bruce Bechdel is not around to explain. So why on earth wouldn’t his daughter obsessively arrange, align, and try to make meaning of her memories the same way her father, the aesthete, polished and restored the artifacts in his Victorian home? And why wouldn’t she in the process discover how very similar she is to her father, although, in the end, this discovery asks deeper questions, questions with roots in the cultural and historical as well as the familial: Why is one person capable of soaring while another can only stumble? And does one’s ability to soar depend on someone else’s sacrifice?

It is Bechdel’s ability to render, in exquisite and even obsessive detail, ambivalence which makes Fun Home such a remarkable achievement. She doesn’t make the revelation of her father’s suicide the point; at all times, we are aware that the redemptive capacity of storytelling may be a fiction. For the problem for Bechdel is not why, so much as what? What happened, exactly? And can it be made perfectly clear in images and words? The story, when shared in enough detail, is its own answer.

Fun Home the musical was a dangerous undertaking. When a work succeeds so admirably at expanding the parameters of its own genre, there is an obvious temptation to translate it into another, and yet there is always the chance that the resulting work will fail to innovate in a new language. Furthermore, the differences between the two languages pose a challenge: some things are lost in translation, others are gained. The formidable strength of Fun Home the musical depends, ironically, on the brave choice playwright Lisa Kron and composer Jeanine Tesori have clearly made to surrender to the fact that the two languages are irreconcilably different. Kron and Tesori have, rather than attempting to translate the book into a musical, translated the themes of the book into something entirely new.

A graphic novel manipulates our sense of time; in that way, it resembles a musical score. The panels of a comic book are like the images of a poem, units sequenced in time to provide a sensory experience. Bechdel manipulates time in the graphic novel with consummate skill; the book leaps forward and back, from present-day Alison the cartoonist, to Alison the child playing airplane with her father in the living room, to Alison in college reading Colette and falling in love for the first time. The story represents a reflection by the older, wiser Alison on what she did and did not know when she was younger and less wise, and so there are three distinct Alisons in the novel. In Fun Home the musical, Kron elects to have three different Alisons on stage, each played by a different actor. This bold choice, while it may seem to counteract the seamless way Bechdel blends her experience, ultimately proves to be the saving grace of the musical, as we are never confused by which insights belong to which Alison. Furthermore, we are treated to performances by three wonderful actresses — a graceful, butch, and far less neurotic than expected Beth Malone as Alison in her 40s, the bright-eyed, rebellious tomboy Sydney Lucas as Alison at eight, and the endearingly awkward Alexandra Socha as Alison the college student finding her voice. Malone narrates the story, and often shares the stage with one, or two, of the other Alisons, and yet, the effect is less confusing than it is an evocation of the way memory makes our lives manifold. We all have many different selves; to Alison the cartoonist, her younger selves are still, very powerfully there.

And then there’s the music, which renders, perhaps even more so than the graphic novel, the art of moving through time; music is the art of finding one’s place within a larger, grander story. Nothing expresses the longing and desire for what one cannot have so well as song, and so Ms. Tesori is to be commended for her restraint. Bechdel’s writing has a certain formality to it, as do her characters, and the ways in which they strain at their bonds are linked to the social conventions they seek to uphold. Ms. Tesori captures this tension between the individual and the boundaries he or she places on his or herself with her score, which only occasionally allows itself the privilege of beautiful melody, and must work very hard to get there, making the melody seem earned; in Tesori’s songs, a character whacks his way through the deep forest of the self, then, suddenly emerges into a clearing filled with light. Then, just as quickly, it’s back to the forest again. Just as she eschews melody in favor of dissonance, Ms. Tesori avoids easy solutions in structure; she resists the temptation to rely on verse-chorus structure, and instead calls back several short, significant musical motifs, each no longer than a line or two, at different times throughout the play; in this way, the musical becomes something like one extended composition made up of interwoven themes.

If music is the one element that the graphic novel cannot contain, then it is here that Tesori adds to Bechdel’s work most generously. With its precision and immediacy, music in Fun Home not only creates narrative continuity, but also expresses character and evokes interiority. Bruce Bechdel, played compassionately by Michael Cerveris, sings soliloquies of self-pity, self-loathing, and rage in tight, twisting iambs — besides running the funeral home, Bruce is a high school English teacher and an avid reader. When, in his breakdown scene, his song becomes manic, the progression is natural and clear; the iambs come faster and faster, and the words spool out with more and more force until one sees him for what he has always been. Only in rare moments does Tesori allow Bruce’s inner life to soar through song, and it is usually when he considers himself — looking in the mirror, he sees his own repressed desire, which seeps out for a moment in a grand, loud statement, then twists back up again inside of him. In one of the play’s most poignant scenes, Bruce’s piano rendition of “Heart and Soul” dissipates into wrong notes, then silence, once he is left alone in the room with his daughter; Bruce is always less vengeful than he is vulnerable.

Tesori’s score lends a certain humanity to even the relatively minor character of Helen, Bruce’s long-suffering wife, played by Judy Kuhn. Although Helen seems, at first, to be something of a stereotype — the frustrated, repressed mother type — Tesori awards her a cathartic solo number during which Helen’s pent-up anger suddenly emerges whole, and burnished with dignity; Kuhn is a strong singer and her vibrato shakes the very floor she’s spent the rest of the play cleaning.

Actively resisting the melodramatic tinge of the subject matter, Tesori uses music to create moments of lightness. All the Bechdels sing “A Raincoat Made of Love” in full-on turquoise, Partridge Family get-ups; it’s a parody of early-’70s pop but the lyrics critique the unrealistic portrayals of the perfect family that were popular on television at the time. In a lesser musical, this song might be cloying, but director Sam Gold’s intent is perfectly clear, and the song comes off as darkly comic. In a similar moment of lightness, although this one is also filled with an aching, sweetness, the college-aged Alison waxes poetic about her newfound lover: “I’m changing my major to Joan!” The fact that this coming-out scene is handled with such lightness makes it all the more poignant, as does the rich texture of Socha’s voice as she shows us Alison coming into her own.  Fun Home‘s more whimsical qualities may distract from the fact it is, in the context of the history of musical theater, subversive. When eight-year-old Alison sings unabashedly about her crush on a butch deliverywoman, one may be so carried away by the sweetness of the refrain that one fails to realize that such feelings have probably never been portrayed on a major New York stage before.

Ultimately, it is the music that renders this deeply personal story communal, in a way that the experience of reading a comic book cannot. There is a way in which this musical incorporates the audience in an experience that may not be their own, an experience that Broadway musicals have resisted portraying for decades, although many of the greatest directors, composers, and actors of plays have been gay. And so, while a certain amount of laughter rang through the theater during Alison’s first kiss, a laughter that had far less to do with the actress’ endearing awkwardness than with the audience’s obvious discomfort at seeing two teenage girls making out on stage, I am confident that, with a few more plays as strong as Fun Home, this laughter will be a thing of the past. 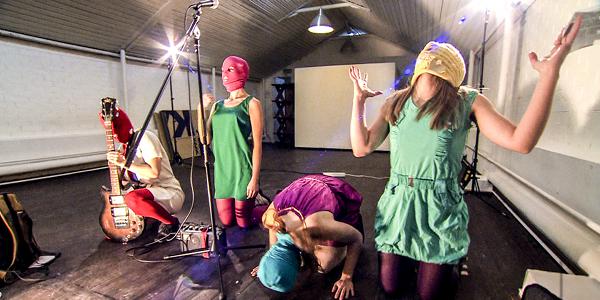 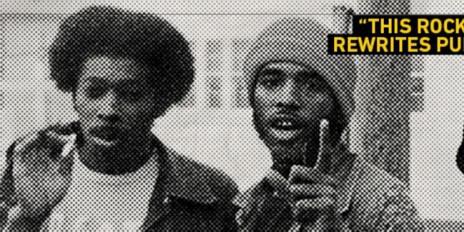