Jessica Kavana Dornbusch is a writer and director who is best known for her film Love and Debate (2006), a coming-of-age story set in Miami, based on her experiences as a high school and college debater. With continued determination to create made-in-Miami films, Kavana Dornbusch followed her feature film debut with two short films, Escape and Snap, both of which were showcased at film festivals around the world. She has worked for Univision, Televen (in Venezuela) and helped pioneer HTV out of Miami. After seven years in development, Kavana Dornbusch’s second feature film, Reefa, based on the life of murdered Colombian artist, Israel Hernandez, is out April 16 through Vertical Entertainment.

The confusion on the set was outweighed only by the look of fear on everyone’s face as police lights swirled around us and the cops yell for us to “get the fuck out of Miami Beach.” I remember thinking, “They don’t prepare you for this in film school.”

It was June 2019, almost six years since Israel “Reefa” Hernandez had been tasered and killed by the Miami Beach Police Department, and I had spent the better part of the past five years desperately trying to make a film about his life and untimely death. Reefa’s financing had collapsed more times than I wanted to remember but finally, with the help of a crowdfunding campaign, we had been able to piece together enough money to make it through production. I was constantly in fear that something else would happen, that another shoe would drop, and it would all disappear again. But now, two weeks into production, I was at long last beginning to relax. It seemed as if the struggles I’d endured for the past five years were over and I could finally enjoy a beautiful, smooth shoot.

As is the case in most films, we shot scenes out of sequence, predominantly working around the availability of actors and locations. Yet we always knew that the chase sequence would be shot chronologically, since it took up almost one-third of the script and we felt it was important both for Tyler Dean Flores (our lead actor, playing Israel) and Ricardo Antonio Chavira (who was portraying the police officer) to emotionally build up to the ending. The week started off splendidly; our biggest logistical challenge was surrounding the art piece Israel was painting on the night he died, and how to cover the different angles of the various actors as they passed the piece in its various stages, at different moments in time. That aside, after two-and-a-half days, everything was exactly as I had imagined it. As we were shooting just a block away from where Israel was murdered, I felt his presence guiding us, helping us. So, when my producer told me on Wednesday night that some gear had been stolen from the camera truck and we would have to call the police to file a report, my only question was, “Are our permits in order?”

Two hours later, I was working with our stunt coordinator on the intense moment where the police officer knocks Israel’s head into a wall before tasering him, when I began to see flashing lights approaching and, eventually, surrounding us. Miami Beach P.D. had found out what our film was about, a film they had unwittingly permitted, and were now shutting us down. Our location manager argued with them in vain that we had permits and they could not arbitrarily, and illegally, shut us down – which they did.

I was in a fog. As the chaos unfolded in front of us, my sole thought was to protect my actors, but in the back of my mind, I realized the other shoe had dropped.

I knew the calming words coming out of my mouth were the right ones. I was telling the cast and crew it would be OK. I told them we would figure it out and would surely be back on set after lunch, but inside I was spinning. I was having an out-of-body experience, as flashback after flashback consumed my mind. I was suddenly back at the Hernandez house, his parents sobbing as they told me stories from Israel’s childhood to help me piece together the screenplay. I was at the house of Israel’s friend Felix Fernandez, hearing him and another friend, Thiago Souza, recall the night Israel was killed in front of them, promising them the world would hear their story. And I was on the phone with my D.P., promising him this would be the last time I cost him another job because our financing had fallen through once again, and once again, he and his team had turned down other more lucrative jobs to work on Reefa with me.

My assistant director, Melanie Grefe, snapped me out of it and told me we should send everyone home and begin to drive around and look for a new location that could match what we had already shot. I cannot begin to explain what an immense endeavor that is, especially when we were losing our actor, Ricardo, to another production in two days. We would need to find a new location and permits, and we would need to find something and somewhere else to shoot the next morning in order to buy ourselves some time and not lose an entire day of production (which we could not afford).

But it was there, in that darkest moment, when the brightest light began to shine. Our friend Judd Allison opened the doors of his studio, Toe Jam, to us. He told the artists of the music video that was supposed to shoot the next morning what had happened to us and they agreed to delay their production in order for us to have somewhere to land and shoot the next day. I scrambled the actors out of bed and told them to prepare for scenes they were supposed to film the following week, and they too rallied like the loyal friends and pros they are. But the moment I will never forget, happened the next morning.

I hadn’t slept more than two hours and I was still reeling. Though I was grateful for this momentary reprieve, I still had no idea where or how we would finish the chase sequence. Suddenly, several of the best location managers in Miami showed up at Toe Jam, offering their assistance. They were horrified at what had happened and wanted to help. They spread out to scour the city and, along with their army of interns, found a location that worked, spent the next day getting the hundreds of signatures from locals that we needed for our permit application, and got a permit for the new location.

I’m not sure I would ever intentionally want to go through what we went through again, but I do know that the next evening, as we finally shot our ending, the stakes were higher and we were all better for it. The film community had rallied around us and the energy surrounding the shoot that night was palpable, and something none of us will ever forget. I am a 305 girl, I have been in Miami my whole life, I have shot four films here, and when my shoe dropped, my people were there to pick it up.

Featured image shows Jessica Kavana Dornbusch and crew shooting Reefa at a hotel outside Hollywood, Florida after being kicked out of Miami Beach. (Photo by Gato Suaya.)

Jessica Kavana Dornbusch is a writer and director who is best known for her film Love and Debate (2006), a coming-of-age story set in Miami, based on her experiences as a high school and college debater. With continued determination to create made-in-Miami films, Kavana Dornbusch followed her feature film debut with two short films, Escape and Snap, both of which were showcased at film festivals around the world. She has worked for Univision, Televen (in Venezuela) and helped pioneer HTV out of Miami. After seven years in development, Kavana Dornbusch’s second feature film, Reefa, based on the life of murdered Colombian artist, Israel Hernandez, is out April 16 through Vertical Entertainment. 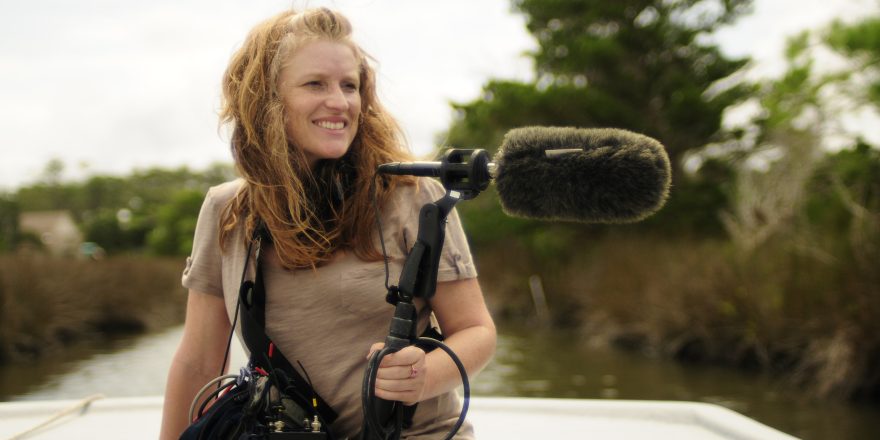 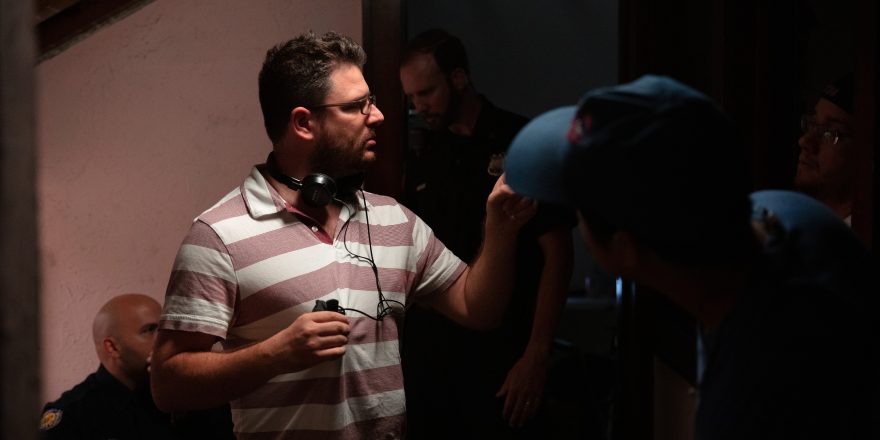 How Special Education Led Me to a Career in Filmmaking 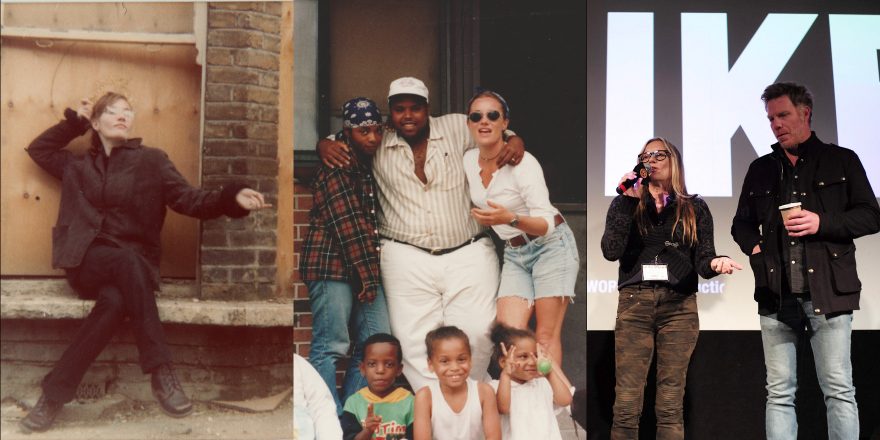