Phillip Youmans is a filmmaker from the 7th Ward of New Orleans. At 19, Phillip became the youngest and first African-American director to win the Founder’s Award for Best Narrative Feature at the Tribeca Film Festival for his feature-length debut, Burning Cane, which he wrote, directed, shot and edited during his final years of high school. Phillip is also the youngest director to ever have a feature film compete at the Tribeca Film Festival. Distributed by Ava DuVernay’s ARRAY Releasing, Burning Cane opened in select theaters on October 25th, 2019 and was released on Netflix on November 6, 2019. Phillip was nominated for a Gotham Independent Film Award for Breakthrough Director and a Film Independent Spirit Award for his work on the film. Recently, Phillip wrote, directed and edited a short film for Hulu’s Black History Month titled Imagine a Moon Colony, about a black family in 1970 Los Angeles that imagines the year 2020 through a black lens and creates abstract visuals based on their predictions.

As a young filmmaker who grew up in New Orleans, my voice is more defined by my personal experiences than by the films or filmmakers that I admire. I’m compelled to tell stories because of the people and experiences that have impacted my life. I aim to tell grounded, multidimensional black stories, though my creative identity was not always defined by my blackness.

My first films primarily focused on themes that were relevant in my personal life rather than analyzing how those themes were applicable and present in my community. This was something I had to unlearn. In the development of my creative identity, my two most maturing experiences were my separation from the Baptist church and my time spent with the surviving members of the New Orleans Chapter of the Black Panther Party. Because of my upbringing, my perception of the church was never black and white. There were cultural aspects of the church that I appreciated, but there were certain hypocrisies that I just couldn’t swallow. Through my time with the Panthers, I discovered the duality of their story of black self-governance. These teenage Panthers were working for the advancement of their community while simultaneously perpetuating some of the same stereotypes that they were fighting against. These are the types of dichotomies that compel me. 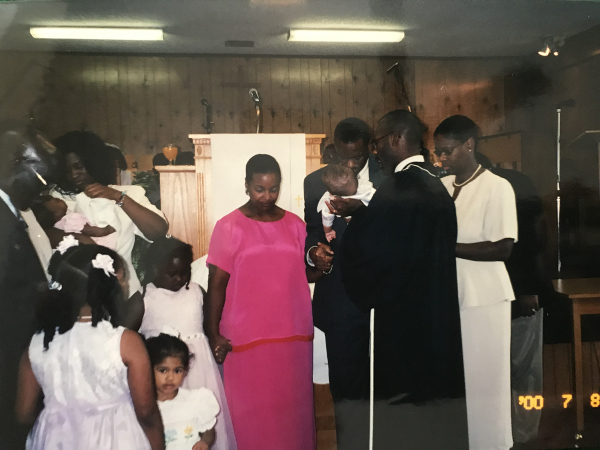 When I was in middle school, I obsessed over the consequences I was going to suffer for my opposition to Christianity. I prayed every day, multiple times a day in repentance because I was afraid of burning in the fiery pits of Hell. The distress didn’t last forever, though. And after a while, I got tired of being a lamb to fear. The Holy Ghost has never spontaneously compelled me to break into dance nor have I ever felt an out-of-body experience wherein I can only speak in tongues. But I’ve always had an appreciation for the communal nature of the church. I recognize why it’s an important institution for people in our community, whose lives can be so difficult that an emotional escape of any sort is an important part of survival. And I’ve always loved gospel music, because it’s uplifting and painfully vulnerable. Even in the sermons, I could extrapolate the valuable life lessons hidden underneath the doctrine. But I couldn’t come to terms with the shaming.

Pastors would ask the congregation to stand and wave their donation envelopes in the air, while those who couldn’t afford to donate had to stay in their seats. They would associate being gay with the devil, knowing full well how certain members of their congregation identified. In Bible study, my instructors never had any answers for me. I would ask questions like, “Why did God harden the Pharaoh’s heart if he wanted the Pharaoh to agree to free the Israelites?” or, “Why is there a commandment against murder if God is willing to kill their firstborn sons?” When I started asking my family members some of these questions, they were defensive and didn’t give me any clear answers. Posing these questions usually ended in yelling, which I always welcomed with open arms. They called me “hard-headed,” but I just was fed up with evasive answers.

I first met the former Louisiana Panthers Steve Green and Malik Rahim when I attended a screening at the Ashé Cultural Arts Center in New Orleans for a short documentary about their time in the Desire Housing Projects. Malik and Steve gave me their phone numbers after the post-screening discussion panel, and from then on, I started visiting them on a routine basis. Our first visits started off as rapid-fire question and answer sessions. I learned how they operated the free breakfast program and established their drug-free zones. I learned that they hosted community meetings for sickle-cell awareness. I learned the extent to which COINTELPRO demonized their entire existence. In the words of Malik Rahim, “It’s easier to demonize a nigger than a black man.” I learned that the city of New Orleans, the office of Moon Landrieu, and the NOPD made their lives a living hell. I learned that aside from the infrequent, brutal police presence in the area, the Desire Housing Projects was a place that the local government had all but forgotten until the Panthers decided to self-govern their community. By the time the Panthers arrived in Desire, it was so derelict that the foundations were sinking into the ground, busting the pipes of the site’s already inoperable sewer system. The air conditioning was prone to fail, which alone is a potentially fatal hazard in a city that can be so humid, you don’t need lotion. Rape and murder was so prevalent, it wasn’t deemed newsworthy. I learned about the evening of September 14, 1970, in which a riot ensued after undercover cops were exposed at a community meeting. That same night, an innocent black kid named Kenneth Borden was killed, his corpse left in an ever-expanding pool of his own blood, and the Panther’s headquarters fell to a military-style assault from the NOPD.

Over time, Steve and Malik opened up to me about their personal struggles during their time as active Panthers, whether it was issues with anger management and violence or their youthful reckless behavior. I’d sometimes come to visit and we wouldn’t talk about the Panthers at all. As time wore on, the individuals that I saw as enigmatic revolutionaries became more and more human to me. Malik and Steve became my friends. And like any friends, we had our differences. Through heated political discussions, I discovered that Malik was more conservative than I thought he’d be. Or better yet, he was more conservative than I wanted him to be.

Though it took some time and maturing, I learned the important lesson that people are who they are, not who you want them to be. Neither Malik nor Steve’s heroism or humanity is discredited by our differences or by their fallible moments. Without this nuanced realization, characterizing humanity can turn to demonization. As I grew up, I also became less hostile about my disagreements with the church, despite them becoming clearer to me everyday. Although my mother brought me and my sister to church nearly every Sunday, she also raised us to be free thinkers. I had to routinely remind myself that my mother and most of our family was raised in rural South Carolina under a much more fundamentalist interpretation of Protestantism than she raised my sister and me. I had to come to terms with our differences.

The stories and personal experiences garnered throughout my childhood in the Southern Baptist church were the primary inspiration for my debut feature, Burning Cane. I wanted to speak on the church’s chasmic role in our community; how it can be regarded as a beacon of hope and, in the same breath, a divisive institution that prevents us from addressing some of the most crippling vices in our community. Through the making of Burning Cane, I was able to work through some of my complicated feelings. Despite my ideological differences with the God-fearing people I grew up with, I was never going to demonize them or their beliefs. I sought to humanize their experiences and, as a result, I reconciled a nuanced understanding of the hypocrisies and fallacies that I’ve struggled with for years.

Phillip Youmans is a filmmaker from the 7th Ward of New Orleans. At 19, Phillip became the youngest and first African-American director to win the Founder’s Award for Best Narrative Feature at the Tribeca Film Festival for his feature-length debut, Burning Cane, which he wrote, directed, shot and edited during his final years of high school. Phillip is also the youngest director to ever have a feature film compete at the Tribeca Film Festival. Distributed by Ava DuVernay’s ARRAY Releasing, Burning Cane opened in select theaters on October 25th, 2019 and was released on Netflix on November 6, 2019. Phillip was nominated for a Gotham Independent Film Award for Breakthrough Director and a Film Independent Spirit Award for his work on the film. Recently, Phillip wrote, directed and edited a short film for Hulu’s Black History Month titled Imagine a Moon Colony, about a black family in 1970 Los Angeles that imagines the year 2020 through a black lens and creates abstract visuals based on their predictions. 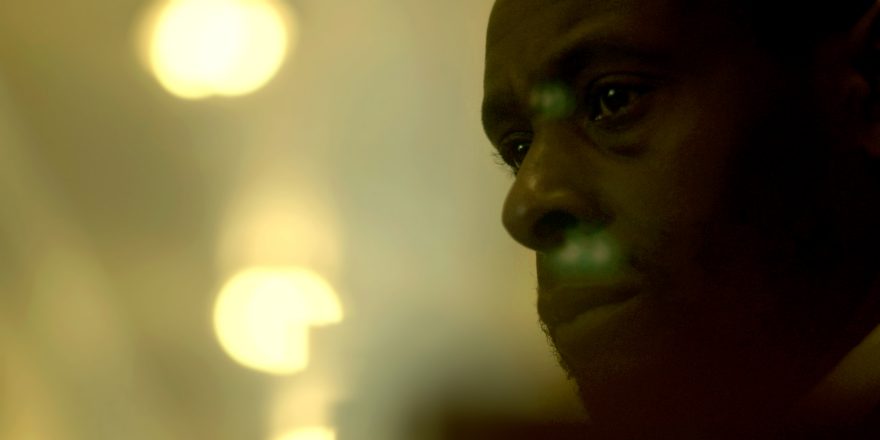 The True Cost of Making Free in Deed