ENDERNESS, A.A. Bondy’s first album in eight years, was finished the day before a wildfire burned his house down. He recorded and played everything himself. Fat Possum will release on May 10.

Three Great Things is a new feature in which artists tell us about three things they absolutely love. A.A. Bondy chose some great ones, and to go along with those picks, we’ve got the premiere of his new song, “Fentanyl Freddy,” taken from his upcoming album Enderness, out May 10. Check out his choices and the new song below.
—Josh Modell, Executive Editor, Talkhouse

I changed my list of three things [since it was emailed to you]. Originally, spring was on my list — I moved to Mississippi in January, and I lived in California, so it’s my first spring in a long time — [along with] The Pearl and women’s pole-vaulting. I just realized that was a creepy corner of the internet. There’s all these videos of women’s sports, and let’s just say that the camera has a leering quality about it. So I lost that one, and decided to do a movie, a book, and a record.

I’m one of those people who doesn’t really do favorites. I always used to blank out in the video store, [couldn’t] remember anything; I’m not good at making top tens. But, I do know that Barry Lyndon is my favorite movie, or at least it is this week. I haven’t seen all the Kubrick films — there’s a couple early ones I haven’t seen — and out of all of them, I think I saw that one last. I probably saw it at a time when I probably found a movie that has pacing like that off-putting or boring. It was by way of a documentary that came out after he died, Stanley Kubrick: A Life In Pictures — it talks about that movie specifically as a way into what a technical innovator he was.

There are all these scenes that were shot in very low light, using only candlelight. Rooms full of candles, as you imagine they would have been in the 17th century. He began his career as a photographer, and he found these lenses that were used to take pictures of earth from space, from satellites. He has these lenses mounted on old Hollywood cameras to shoot these scenes. At the time, it was the world’s fastest lens, or one of the fastest. He got these incredible scenes where people are playing cards and shit, wearing the most outlandish garb. Everything about it — the music, the way it looks — every shot in the movie almost, you’re either panning in or coming out of something that’s composed like a painting. Movies that you want to watch a lot, for me, are the ones that have a lot of atmosphere, that you want to kind of exist in that place.

I had known some Eno records — probably Music For Airports or Here Come The Warm Jets — but I didn’t know that much of the ambient records. I was on tour with a couple guys about 10 years ago, and this guy Ben Lester was playing drums with me; he was living with his parents at the time, and they had a piano, and he said one day someone has just left The Pearl on his piano bench. He never found out who it was. That’s the first time I heard it — he brought the CD on tour. It’s been in my life ever since.

There are certain records from when I was a kid that are still in my life, like My Bloody Valentine’s Loveless. The way I hear them changes over time, but things are still revealed years later. The Pearl is one of those records. It’s so free-floating, in the way the pianos are treated. There’s nothing to really lock on to, to get tired of. I had a really wild experience on mushrooms one time with a song on that record, “Dark- Eyed Sister.” I’m sure that probably affects my feelings about it.

3. My Year of Rest and Relaxation by Ottessa Moshfegh

She’s been putting out books for five years; this book came out last year. It’s about this girl who’s just kind of sick of herself and the world, so she embarks on this experiment to put herself into a chemical stupor so deeply that she’ll be resurrected coming out the other side — like, born again, or something like that (not in an evangelical sense). The way she writes is surprising. Her first book that gained her a wider audience was called Eileen, and people made a big deal about how bawdy or gross the things that she wrote about were. I don’t feel that they are; I feel like she just writes about things that most people don’t want to talk about—body stuff, almost body horror. There’s a certain sensibility about the world that I find to be true, and she writes about it in a way that’s pretty funny. Her books are really precious in that way, where they’re not hard to read, but a lot is coming through. I don’t know how somebody pulls something like that off.

I read a review recently of my new record that said it’s my most disturbing or whatever… People say that it’s dark because I see things realistically, is how I see it. To me, darkness is like fucking *NSYNC, you know what I mean? And I don’t necessarily mean dancing boys and pop music. If you look at what was behind all that — a convicted money launderer accused of molestation. This is the stuff that really resonates with people. A lot of people are just hiding from the truth of reality. When people suppress things pathologically over time, that’s the result. It’s mesmerizing and very entertaining, but beware thousands of screaming children, you know?

ENDERNESS, A.A. Bondy’s first album in eight years, was finished the day before a wildfire burned his house down. He recorded and played everything himself. Fat Possum will release on May 10. 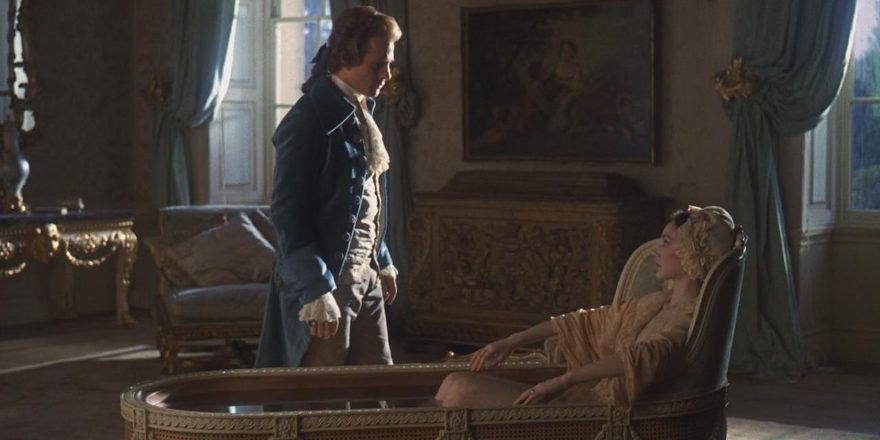 Why I Keep Returning to Barry Lyndon