Ant Timpson studied law before working in all facets of the industry from festivals and exhibitions to distribution and production. He created the hit series of films the ABCs of Death with his partner in crime Tim League and has produced a slew of successful features, including Housebound, Turbo Kid, and The Greasy Strangler. Timpson sports no tattoos, collects 35mm film prints, and loves animals. His first feature as director, Come to Daddy, has its world premiere at the Tribeca Film Festival on April 25. (Image by David White.)

I was a movie nut from as far back as I can remember. I recall not only the titles but also the cinemas they played at throughout my childhood. Sure, most film fans remember when they first saw Star Wars – but do they know the session time and cinema they first encountered The Neptune Factor? Or when and where they dropped their choc-top during Watch Out, We’re Mad? Like other people have family memories, I have a bank filled to the brim with cinema experiences – from a patron eating a fish-head from his briefcase during the screening of Men Behind the Sun at the Australia Cinema in Sydney to my friend Anghus being knocked out cold for talking to me during History of the World, Part 1 at The Century in Auckland – just don’t ask me to remember who my first kiss was. I know. It’s sad.

In 1977, our family moved to a place off Coldwater Canyon Park in Beverly Hills. My father was trying to set up his business in the U.S. and so the family was uprooted and transplanted. Going from sleepytown New Zealand to having encounters with The Fonz and becoming friends with someone whose dad was Maxwell Smart from Get Smart blew my provincial mind. Suddenly being able to see behind the entertainment curtain had a profound effect on me – it both normalized showbiz and amplified it.

Arriving back to New Zealand, I felt like Richard Dreyfuss in Close Encounters of the Third Kind (for a long time I actually thought I’d missed the first two) – I’d been burnt and was now a fevered 11-year old obsessed with TV and movies.

Cut to montage of scenes showing the passing of time. 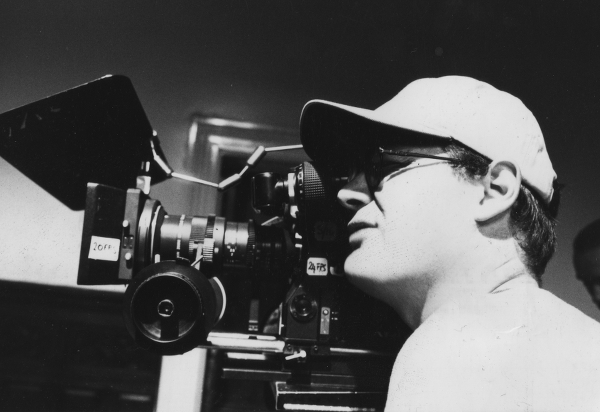 After endless weekends making home-movie horrors, my first official short film was shot in super 16 mm B&W and blown up to 35 mm. I got a grant to make it from the organization known as Queen Elizabeth II Arts Council, which was rather fitting because the Queen and I share the same birthday. I don’t think she would have liked the short, though – it was called Crab Boy and featured a pregnant woman who got hit on the head by a falling giant crab claw and died during childbirth. I think the Queen prefers films like Notting Hill.

So I’d made my first pretentious short and I was off and running.

I started The Incredibly Strange Film Festival, which was a success and became supremely satisfying to do each year. I was also releasing independent films like Slacker. At the same time, my brother and I opened a dedicated film store called Filmhead – which became a hotspot for every wannabe scriptwriter and director around town. Imagine Clerks but replace convenience goods for scripts, books and illegal VHS tapes. I knew the business was in trouble when I yelled at the head of the Auckland Film Society, “It’s not a fucking library, mate.”

But plans were afoot to keep my directing toes moist. I had a second short in with the grants council and they liked my moxie. The script came about from an exquisite corpse exercise I’d done with my friends and it came out as a pretty compelling script. It involved hidden messages, tumors and trepanation. The messages came from my Aunt Libby (not my real aunt), who told me a story about a cousin of mine who axed her husband in the head as he was eating breakfast. She had left tiny paranoid handwritten notes all through the house, including one in the cat’s collar. She was committed to an asylum, but her cleft-headed husband got lonely and took her back out. The trepanation came from my obsession with holes in the head and that jaw-dropping home-movie Heartbeat in the Brain, where Amanda Feilding drills into her own head in 1970.

And then, as I moved closer to making the film, my mother was starting to have intense headaches that wouldn’t go away. She was also starting to have memory lapses. They drilled into her head and took biopsies. The doctors said she had a large astrocytoma – a kind of brain tumor – that was inoperable. The official medical diagnosis: you’re absolutely fucked. There were lots of last-minute Hail Marys from the family. You do everything for your mum, even when you know it’s bloody ridiculous. Circling crystals above her head with insipid Enya-type muzak playing seemed to calm her, despite the fact that all of us knew it was a goof. I even took her to this company that offered positive electron charges through the fingertips. The charlatans had their office on the 8th floor of a building with no lifts. I had to carry Mum over my shoulder. We were wetting ourselves in hysterics by the time we collapsed into their office. Then she died. Not then, but later. It felt all grey and sad.

It’s not surprising that when I went back to make my next short film, which involved brains, holes and tumors, I froze up. I had zero interest in making it, or making films at all. Everything seemed pointless. You look for simple joys in those times, and there weren’t many. There was always watching movies, though. Other people’s films. I immersed myself in them in a purely passive way, and it was like that for a long time. I collected old film prints and found their texture and history comforting. I eventually started helping others fulfill their filmmaking dreams. I started a national film competition, bringing Peter Jackson on as mentor, and I began producing films. There was joy in getting people’s visions out there, and I wasn’t being passive anymore.

But the kid who dreamed of making films himself was pushing the “Up” button to an elevator that didn’t exist.

Cut to montage of scenes showing decades passing with pivotal moments of growth. Meeting the woman who became my wife and later, the mother to our two beautiful boys. I was “all grows’d up,” as Vince Vaughn says in Swingers.

But now my father is very ill. He’s what I call “southern strong,” but now he’s a husk of his former hardy self. Born in the deep south of New Zealand during the Great Depression, raised on Mt. Peel sheep station. At university, he boxed, played cricket and rugby. He was known as The General to teammates. But he’s had heart attacks, quadruple bypasses and had a misdiagnosed valve issue so his heart’s been functioning on 25 percent for eons. The doctors say he should have died years ago.

I sit and watch The Bill with him in his house. We both love the show. We shared a love of Anglo thrillers with actors like Oliver Reed, Robert Shaw, Stanley Baker and Richard Harris. I have fond memories of seeing stuff like Zulu, Sitting Target, The Spy Who Came in From The Cold and Rogue Male with him. We don’t talk much, as it’s a struggle for him to breathe.

So we watch The Bill and in two days he’ll die in front of me.

His partner suggests her ex-husband, the mortician (and Dad’s ex-cricket mate), should embalm him and drop his ex-living corpse off for us kids to grieve with.

So Dad is lying in a coffin and I’m wearing his pajamas in his bed. It’s in the middle of the night and I go down to look at him. For a kid raised on Hammer horror films, you can bet I was expecting something to happen while I stared at his face. But nothing did. Dead is dead. Did you know you can knock on your embalmed dad’s forehead and it feels like wood? For five days, Dad stayed quiet in his coffin. And for five nights, I wandered around in a daze attempting to tell him things I felt I should’ve said when he was alive. I had a lot of weird dreams. Toward the end of the week, strangers turned up to pay respect. They told me stories about my father I had never heard before. Later on, when it was quiet again, I looked down at my dear old dad and imagined him as a young feral child, running wild through a rugged high country station.

I became overwhelmed and adrenalized with a feeling of wanting to create something to bond us together. Something about fathers and sons. Something permanent. To make a film inspired by those films we watched together when I was growing up. A thriller. He loved thrillers. And it should have moments of dark comedy. Dad always laughed at my pitch-black sense of humor.

Nothing shoves you in the back harder than watching a parent cark it in front of you. When Mum died, it was a gut shove backwards into a cocoon. This time, with my father’s passing, it propelled me forward.

After Dad had been cremated, I wrote to Toby Harvard, the co-writer of a film I produced called The Greasy Strangler (I’m pretty sure the Queen wouldn’t have liked that one either).

The email began, “Toby, I think I have an idea for a film.”

Ant Timpson’s debut film, Come To Daddy, about a son reuniting with his father in a remote seaside cabin, is having its world premiere at the Tribeca Film Festival.

Ant Timpson studied law before working in all facets of the industry from festivals and exhibitions to distribution and production. He created the hit series of films the ABCs of Death with his partner in crime Tim League and has produced a slew of successful features, including Housebound, Turbo Kid, and The Greasy Strangler. Timpson sports no tattoos, collects 35mm film prints, and loves animals. His first feature as director, Come to Daddy, has its world premiere at the Tribeca Film Festival on April 25. (Image by David White.) 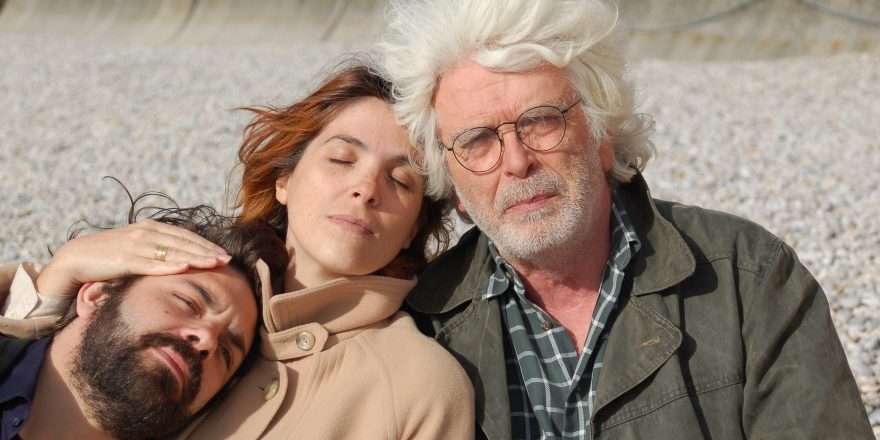