It’s Election Day. Your vote could be incredibly vital in closing the book on this monstrous, authoritarian era in U.S. politics. We at Talkhouse urge you to participate, to stand up those who might try to quiet you, by participating in the fundamental act of a democracy: voting. Here’s why it’s important, in the words of Talkhouse contributors.
— The Talkhouse Team

Mexican-born writer-director Sara Seligman on how Trump’s presence in U.S. politics brought to the surface racism that previously remained hidden:

“As I stewed in my guilt and wondered if Coyote Lake would further the false narrative Trump was perpetuating, I realized something: the thing that had really changed in the current climate was this: people felt more empowered to be open about their prejudices. The racism and contempt toward immigrants has always been there. Trump’s rhetoric was just exacerbating those feelings. His rhetoric made it acceptable for people to be vocal about their racism. Yes, he was spreading misinformation and further demonizing Mexicans and the entire Latinx community. What he was not doing was suddenly making people racist. That was already there; it had always been there. The injustices against immigrants, asylum seekers and, in general, the idea of preying upon ‘weaker’ countries existed long before Trump.”

— Making a Latinx Movie in the Time of Trump

A lesson from MC5’s Wayne Kramer and Domenic Palermo of the band NOTHING that “slacktivism” is not enough:

Wayne: Yeah, we’re talking about more than just pushing a like on the computer. We gotta get out there and do something.”

And Wayne Kramer’s reminder that, if we don’t vote, nothing will change:

“Communities of color are demonized and people with limited economic means are demonized. We are the ones that go to prison. Rich people get richer and everybody else suffers.

Until the mass of the population takes action—and I don’t necessarily mean violent protests in the street, because I’m not sure how effective that is, but political involvement. Most people don’t even fucking vote! Until people start taking full responsibility and participating in the democratic process, things are going to stay bad. I mean, it’s not impossible for things to get better, but people are going to have to step up.”

Nacho Cano from Harmless on becoming an American citizen the day after the 2016 election, and voting for the first time in the 2018 midterms:
“I can see why people feel helpless after they vote and they don’t see their vision come true. However, after the long journey I’ve had to be a part of the process, I felt included in the discourse. I felt like I did my part and could finally have an active voice in the discussions. It felt less like I was in the backseat of the car; I felt like I got to drive it for a bit. I didn’t get to pick where we ended up, but at least I got to touch the pedals and steer the wheel. Considering the pain I still carry, participation of any kind is a luxury I don’t take for granted.”
— Be Gentle, It’s My First Time Voting

After the triumph of the 2008 election, Michael Skolnik transitioned from filmmaking to social activism; Here, he discusses the importance of taking a step back from your own life and participating in the progress of a nation:

“So, what to do after such a victorious election night? Well… I woke up the next day and decided to retire.

Although I miss making films, I feel like I am able to make more impact in the work that I do now. There is something beautiful about being able to be ahead of the curve and not constantly worrying about it passing you by because your project is taking too long. With the acceleration of the internet and social communication, I go to work everyday with excitement that we can make an impact at any moment. That is the difference between my old life and new one, and that is what motivates me to always be present, because you never know what the day will bring.”

“I felt incredibly lucky to be filming with Jesus and the other activists at PACT on election day. For one thing, filming was a distraction from my own horror and grief at the results of the election. I didn’t want to stop filming because I felt that when we stopped filming, I would have to fully confront what had happened on my own. Secondly, PACT had won all their propositions, bringing positive changes to housing, education and criminal justice in the area, and Jesus cast the national election as a wake-up call. In this new country, there’s no time for complacency, he argued. There’s time only for the fight.”


“Let us all continue to fight the good fight. The elections are upon us. Let’s not be afraid. Vote decisively to implement the difficult changes that we know in our hearts must occur. The environment is crying out for change. Vote for those who hear the sounds of nature. Vote for equality and justice. It is your right, your neighbors demand it. Around the world they are taking to the streets. You’re not alone.”

Comedian Gaby Dunn on how tiring it has been to live during the Trump era, and how even art without a message now becomes political:

“These times are exhausting, and we do need escapism. We do need to watch and read and listen to art that doesn’t have any sort of message at all. But that’s hard to accomplish when now even what seems to have no agenda, can’t help but be imbued with meaning. Even when the creator themselves insists there’s no meaning, people are looking for it in everything. If the audience is going to do that anyway, I’d rather have a say in what they’re reading into it. I’d rather it be a message that helps. Think about how Rihanna stopped Trump from using her songs at rallies by having her music publisher remove her catalogue from campaign licensing. Was there originally a political message behind “Pon de Replay?” Maybe not. But the artist has a choice in what their voice is used for. And that choice, to do or do nothing, is incredibly loud.”

— In Comedy, Saying Nothing Is No Longer an Option

I mean, if you’re not going to listen to Michael McDonald, who will you listen to?!

“As we turn our backs on our allies, becoming increasingly more isolated from the free world, and forsake our role as a leading influence toward its collective interests philosophically, politically and environmentally, we can only expect that these problems will grow exponentially and that our enemies will be quick to exploit the situation.

We are in fact retreating from the heretofore greatness of America at an alarming rate. It is a greatness purchased with the blood of Americans who’ve paid the ultimate price for generations, not just on foreign shores but on the very streets and backroads of this nation. Americans who’ve led us in our darker hours with phrases like “I have a dream,” and not the toxic rhetoric of blame and scapegoating …

It’s time to dismantle and move away from what is clearly an authoritarian regime whose main preoccupation is ultimately the punishing of anyone who disagrees with its policies; policies which benefit the few and seek to silence the many. We have only to remember recent history or look around the present day world to easily find grim examples of where this administration is going.”

Finally, if you’ve already submitted your vote (or if you’re feeling inspired to take more action in service of progress), filmmaker Adam Baran compiled a list of foundations working to improve the lives of the disenfranchised:

“All of these groups do amazing work for LGBT people, women and people of color in both New York City and beyond. Please consider donating to these groups, become a monthly supporter, even at a small level, and share on your social media feeds. The bottom line is, even if you can’t do a lot, do a little. Because, I mean, fuck this fucking year, am I right?”

“Sero is particularly focused on ending inappropriate criminal prosecutions of people with HIV.”

“SONG builds a beloved community of LGBTQ people in the South who are ready and willing to do our part to challenge oppression in order to bring about liberation for ALL people.”

F2L are a group of community activists who work on behalf of queer and trans people of color targeted by the criminal justice system in New York state.

“In response to the catastrophic impact of Hurricane Irma on the USVI and sister islands in the Caribbean, the St. Croix Foundation for Community Development stands firm in its support of local and regional relief and recovery efforts, and it aims to work in partnership with organizations that are undertaking efforts to restore communities and families.”

“Our work for over 30 years has saved lives. But there is still a lot of work to do because of government negligence, unjust laws that stigmatize people living with HIV and pharma greed. Together we can help to end the HIV/AIDS epidemic.” 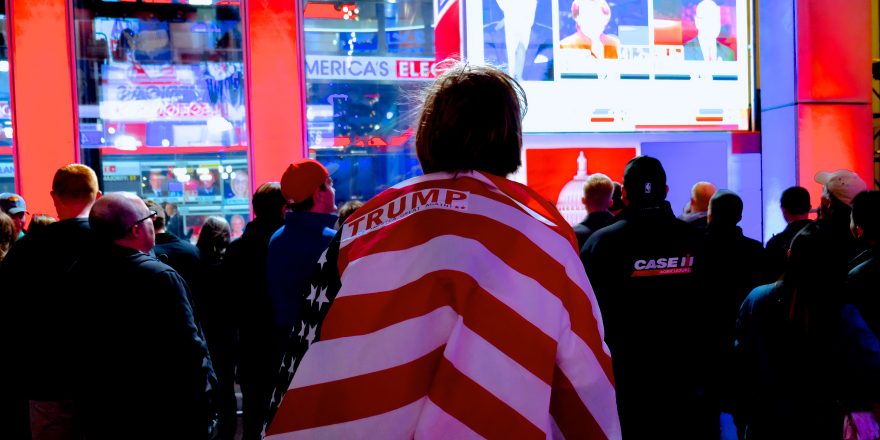