The question of how to make fun of our current president seems straightforward, but it becomes slippery when one admits that doing so sometimes means making fun of Trump’s supporters. After all, every punchline brings with it questions of exclusion and inclusion, the very same questions at the heart of all identity politics. In other words, serious matters.

I first began to think about how to make fun of Trump two years ago, when I began making Our New President, a film about the American election as it was portrayed by Russian propaganda. The film alternates between disinformation spread by Kremlin-directed television and the recirculation of that disinformation by average Russians. It is a documentary that is completely fact-free. 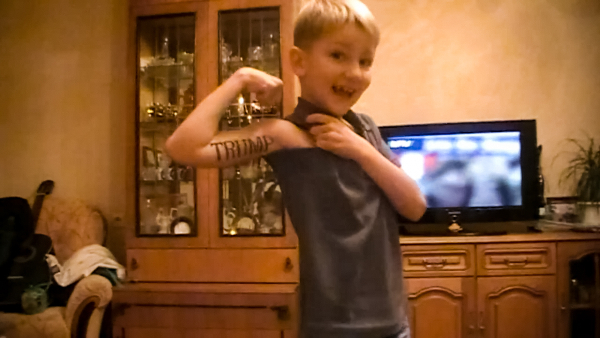 Sourced almost entirely online, Our New President intercuts lies perpetuated by the news (Hillary was cursed by a Siberian mummy; Trump was a troubled teenager from Brooklyn) with user-generated content from Russians who recirculate the disinformation online. Since the people uploading them have no first-hand experience of America, these user-generated accounts of Trump’s rise to power were almost guaranteed to be based almost exclusively on things heard on television. Effectively, we tried to chart the way disinformation travels.

Making a film out of such material meant casting a net intended to catch the gullible, the ill-informed, and the uneducated. Over the course of our 56-week edit, we spent many hours debating the ethics of using other people’s footage to make our point. The rule of thumb that emerged was that the humor had to be in close proximity to the horror, so that the corrosive effects of propaganda on Russian society are felt and the viewer is implicated in that process. More than anything, we wanted to avoid the aftertaste of smug superiority that often accompanies political humor. 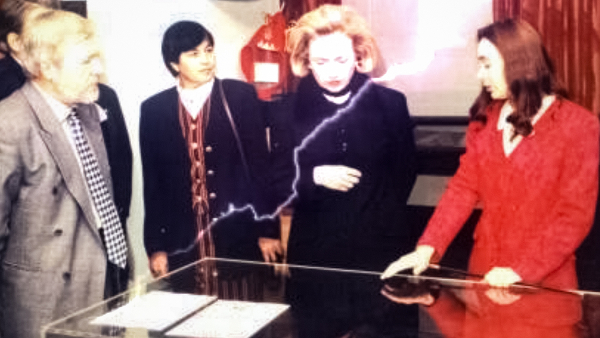 During the edit, I came across an episode of the Talkhouse Podcast in which the British documentarian Adam Curtis discusses his work with the American comedian Tim Heidecker. When the subject of Trump comes up, Heidecker quips that “Donald Trump is the personification of what dumb people think rich people should be.” Later in the conversation, Curtis asks whether liberal political satire and its smugness contributed to Trump’s win:

“Is it possible that somehow those outside the bubble noticed that they were being laughed at like that? And is it possible that maybe the satire had the very opposite effect of what the people who were laughing thought it would have, that it actually helped Donald Trump get elected?”

Curtis suggests that Trump’s victory was fueled by resentment borne, in part, of the palpable condescension of mainstream comedians. Being the butt of a joke seems like a trivial explanation for the rise of Trump, but the resentment one feels at being on the wrong side of a joke is powerful because it engages our sense of dignity and self-respect.

In his recent book, Identity: The Demand for Dignity and the Politics of Resentment, the historian Francis Fukuyama writes: “Human beings do not just want things that are external to themselves such as food, drink, Lamborghinis, or that next hit. They also crave positive judgments about their worth or dignity. Those judgments can come from within … but they are most often made by other people in the society around them who recognize their worth. If they receive that positive judgment, they feel pride, and if they do not receive it, they feel either anger (when they think they are being undervalued) or shame (when they realize that they have not lived up to other people’s standards).” 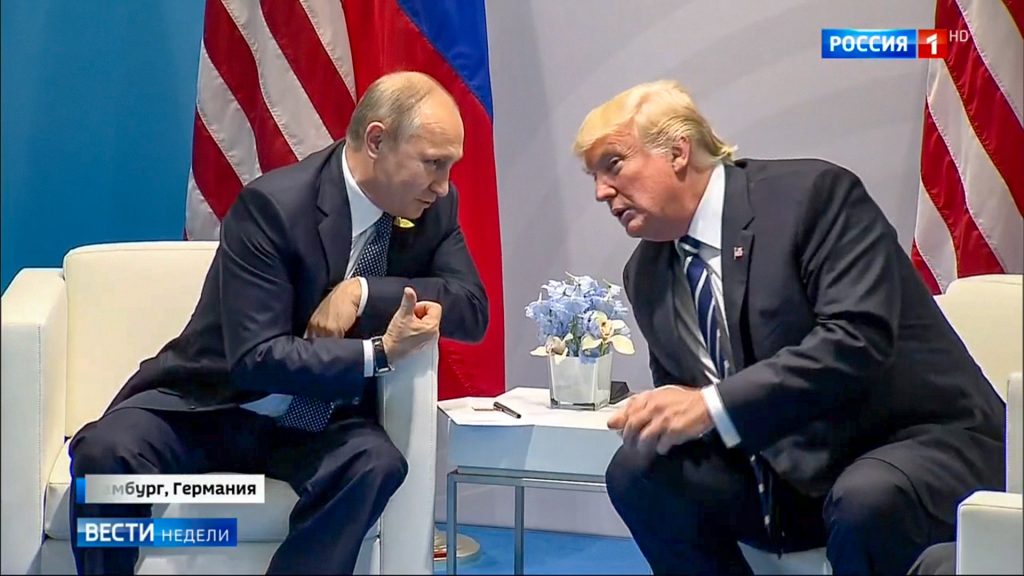 Both dignity and resentment have long been recognized as important human motivators. Demands for public recognition of a group’s self-worth are integral not only to debates about Trump’s base but also in promoting the rights of marginalized groups, in politicized Islam, and in the resurgence of traditional nationalisms across the globe.

Increasingly, resentment is recognized as a factor in many elections around the world. Most recently, the victory of Brazilian right-wing populist Jair Bolsonaro was described by the New York Times as “tapping into a well of resentment.” Resentment is the emotional underbelly of many racist and sexist displays that are a staple of right-wing populism. Explaining a vote for Trump as stemming from resentment, rather than as a result of a voter’s intrinsic racism or sexism, allows us to consider the origins of the feeling and our potential complicity in bringing it about.

This brings back the question: “Is it possible that somehow those outside the bubble noticed that they were being laughed at like that?” Curtis takes issue with how frequently liberal commentators refer to Trump voters as stupid and ignorant: “They’re not stupid and ignorant, they’re frightened, lonely, isolated people who felt the political system ignored them and gave them no sense of any future.”

So then, how should one make fun of Donald Trump without fostering resentment? 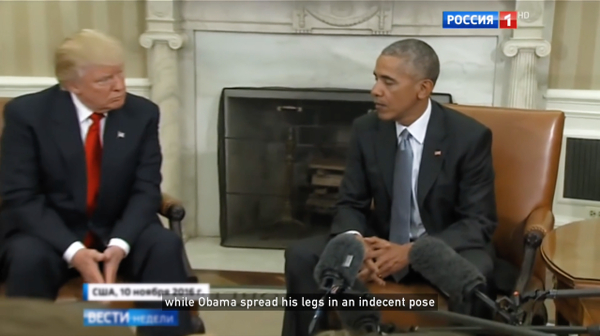 Satire is traditionally categorized not by its methods but by the scope of its target. The satire of Jane Austen or Oscar Wilde is considered inclusive because it targets society at large. Everyone is in on the joke and the joke is on everyone. Political satire today is of a different kind. It hides neither its claws nor its disdain. This is the satire of George Orwell, Jonathan Swift, and most of today’s funny news intellectuals. It is angry and biting. There is moral invective behind the jokes. Those on the wrong side of one feel put down, while those who are in on it feel themselves superior, better informed, more enlightened.

Every week, Donald Trump provides ample material for righteous indignation and satire. To ask how one should make fun of Donald Trump is to consider how much the humor and the righteousness should mingle.

Our New President is an attempt at inclusive satire. The film laughs at the Russian news media and its captive audience from an unstable position. When Trump visits Obama at the White House following the election, Dmitriy Kiselyov, Russia’s propagandist-in-chief and most watched news anchor, describes the meeting as follows: “Trump was dignified like a British Lord, while Obama spread his legs in a pose that is forbidden on NYC subways.” Both men appear to be “manspreading” equally, but Obama gets called out. The line gets a hearty laugh from audiences. A moment later, Kiselyov says that Obama’s behavior grew increasingly vulgar as “he touched Trump inappropriately and waved his hands around as if he was in the jungle.”

Coming on the heels of a manspreading joke, the grunt of disgust that follows the line is felt all the more. Moving swiftly from laughter to horror makes the audience complicit, and they feel a tinge of guilt for having laughed at Kiselyov’s comment just moments earlier. Such guilt by association can hold up a mirror without calling out the losers and the winners.

Found footage filmmaking has involved satirical repurposing from the beginning (the genre came into being with Esther Shub’s 1927 film The Fall of the Romanov Dynasty, which repurposed Tsar Nicholas II’s home movies to great agitational and comedic effect) and it continues to be a wellspring of inclusive satire. At the end of his conversation with Curtis, Heidecker brings up the work of Vic Berger, who re-edits political footage in hilarious but also disturbing ways. Berger’s work is “dark and scary,” Heidecker says. “He’s drilling into the heart of what we’re all feeling.”

By prodding uncanny affect, Berger allows us to laugh together while feeling queasy about the world. Berger’s work is a testament to the possibilities of inclusive satire that eschews literalism in favor of shared feeling. If it is a world of greater inclusion and dignity that we aspire to, our jokes should follow suit and not merely traffic in stereotypes that fuel resentment. This doesn’t mean we have to pull our punches at the next moment of presidential incompetence, but we should, at the very least, be honest about our targets. 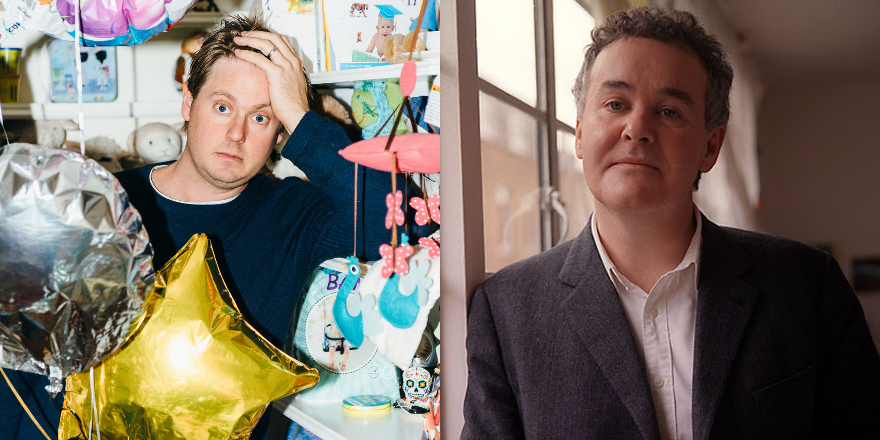 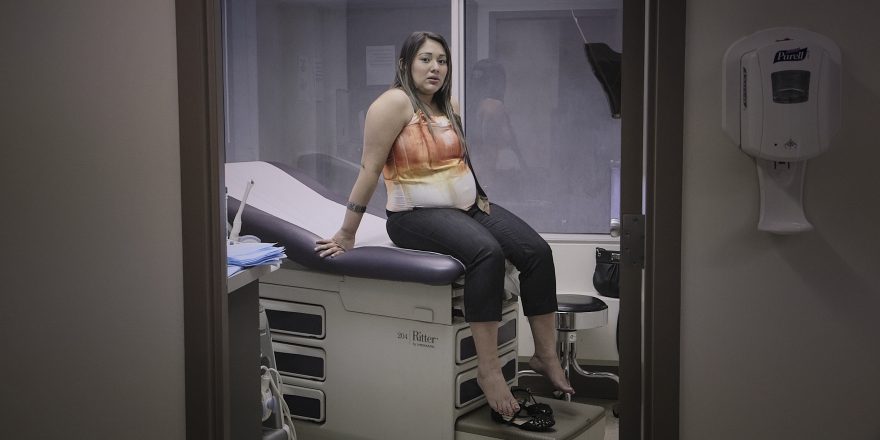