Anna Gutto‘s feature film debut as writer-director, Paradise Highway, starring Juliette Binoche, Frank Grillo, Cameron Monaghan, Hala Finley and Morgan Freeman, is playing in select theaters from July 29. Anna co-directed on the successful 2019 Netflix series Home for Christmas and in 2020, Anna initiated Kids Speak Up, a project for kids and families to join the anti-racism movement. Norway-born screenwriter and director Gutto started her career in the theater, earning accolades such as “universally excellent” in The New York Times. She received her MFA in Film Directing at Columbia University, where she graduated with Honors in 2016. A U.S. green card holder, she relocated from New York to Los Angeles the same year. Her short film A Lucky Man is a Sloan Foundation winner and her short films have been playing festivals and gathering awards internationally and domestically. Mommy Heist was bought by FR3 and is currently broadcast in the Courte Libre program. Anna also directs commercials and music videos.

What I like about storytelling is that it helps us see what’s hiding in plain sight. Stories can highlight what we know and see, but have become unable do anything about.

I tend to be attracted to stories about underexposed issues, or characters we’re not used to seeing on screen. It’s not because I’m trying to be unique or important – it’s simply because I find these stories exciting to dig into. And then, when I do dig into them, a whole universe opens up and rich environments and strong characters come to the surface. And what takes form are thrilling narratives that I would love to see on the screen.

“How come you notice these people, these stories?” a colleague asked me once.

I don’t see any more than most people do. (In fact, I’ve been wearing contact lenses since I was 12…) But I guess I’m just a little more fascinated with what others pass by. Or maybe I’ve chosen to be unafraid to look at what many people choose to turn away from, even when it hurts to look. Because, even if we turn away, the pain is still there, and I’d rather look so that maybe I can find a way to help. I usually feel at a loss for how, but I hold onto the enduring power of stories. Stories have helped us develop as a species since the beginning of time, and they still continue to be essential in our lives.

My feature debut, Paradise Highway, portrays a female trucker and deals with aspects of human trafficking. It centers on Sally (Juliette Binoche), a truck driver who reluctantly agrees to smuggle illicit cargo – a girl named Leila (Hala Finley) – in order to save the life of her brother (Frank Grillo). Meanwhile, a dogged FBI agent (Morgan Freeman) sets out to bring down a human-trafficking ring – and bring Sally and Leila to safety.

The initial seeds of this story were sown many years ago. Twice as a child, I had to confront the reality of trafficking. Not as a victim, but as a bystander. Someone who maybe could’ve done something.

First, when I was only about 10 or 11, I was walking to the ferry dock with my dad in the city where I grew up. Down a side street, I noticed girls standing around in skimpy clothes. They looked out of place, so I asked my dad what they were doing there. He didn’t have a good answer, but said something about how some people choose to sell their bodies. I had heard about prostitution, but what he said just didn’t make sense to me. I didn’t believe those girls had made that choice. There had to be something more to the story.

Later, when I was around 17, there was a police bust in my friend’s building. It turned out there had been a brothel right there. It shook me to the core. This was not a bad neighborhood. But still, right under my nose, girls had been trafficked. While my friends and I had been listening to music and sharing our hopes and dreams of all the great things we would do in our lives, just a few apartments below, girls my age had been forced to have sex with strangers. I had probably seen guys coming and going. I might even have seen some of the girls.

The reality of trafficking happening right under my nose stayed with me, and it made me conscious of not turning a blind eye, but wanting to be aware of what I was seeing.

Much later, after spending a year in Indiana and living in New York for more than a decade, I’d seen how prominent trafficking is – and not just the trafficking of foreign girls into the U.S., but also domestically – I wanted to find my way of bringing what was right under our noses into the common consciousness. I wanted to create a story that gave us a way to talk about it without being so afraid of the topic. Most people don’t want to talk about trafficking because it is painful to think about, but stories have always served the function of helping us process things that are hard to stomach, so I wanted to tell a story that could do that. I wanted to make a film people wanted to see about a topic most of us want to pretend doesn’t exist (or at least not in our own neighborhood …).

Digging into the story, I also became familiar with a community of female truckers through trucker Desiree Wood and her advocacy organization REAL Women in Trucking.

I went on the road with Desiree, spending my days in the cab and nights in the bunk. She also invited me to participate in the conference calls she and her colleagues would have. They would talk about everything from engine repairs and the technical challenges of truck driving, to their experiences of assault at the truck stops and the traumas of their personal lives. All these women had made strong choices to make a better life for themselves. I had to check myself to not turn away from some of the stories Desiree and her fellow trucker women told me. My own traumatic experiences seemed like a walk in the park in comparison. I developed a deep respect for all these women, which translated into scenes and dialogue in the script, and the decision to cast two of the trucker women in the movie: Desiree and Dianne McNair-Smith.

Getting to know the world of female truckers made me want to tell the story of Paradise Highway even more. For most of us, trucks are just an annoyance on the road, but these are the people who bring us everything we eat and wear – and we know nothing about them. But I realized how eager we were to know about them. We want to see what’s inside those tin cans and what living in a truck is like. It’s exciting, and almost exotic. Finding the environment of trucking brought the story to life.

When we had finished Paradise Highway, we had several trafficking advocacy organizations watch the film. I should’ve felt confident after my years of research into the subject matter, yet I was anxious to hear their response because trafficking is such a complex issue. While the movie never pretends to tackle the issue of trafficking as a whole, I felt vulnerable to their response, and it was a relief when they came back not just unanimously positive, but extremely positive about how we had treated the issue. One of the trafficking organizations that came on board to partner with us after seeing the film is Truckers Against Trafficking. They are doing incredible work training truck drivers and law enforcement to identify trafficking and rescue victims. They told me they’ve been approached by so many film and TV projects through the years, and this was the first time they wanted to partner with a film and put their stamp of approval on a movie. That meant a lot to me, because I have so much respect for the work of these organizations and I’m glad to have done a decent job.

Stories can help us feel less scared to look at something that’s uncomfortable for us. I wanted Paradise Highway to live in a hybrid genre space – a deep character drama at the core, with a strong drive always pushing us forward, using thriller and action elements. I wanted it to reach an audience that goes beyond those who already know a lot about trafficking. The driving, the eighteen-wheelers on the road, the screeching tires, the colorful hoods, the exotic environments of the truck stops.

Stories aren’t about getting us to look at something, but about making us want to look. Stories have been constructed that way since the beginning of time.

The next film I direct will likely be a project written by someone else, but I will still approach it the same way: digging into what that project needs and how to make it exciting. It’s a different tone and genre, but to me, genre and tone are just some of the many choices for how to best tell each particular story. At my thesis review at Columbia grad school, one of the professors remarked how different my two thesis films were in tone: one a heist comedy, the other a serious drama about sexual assault. To me, genre is just one of the choices to make for what will best support the story – or to put it a different way: what will best allow the audience to welcome the story and engage with it.

All around us are stories, worlds and characters that are hiding in plain sight. Who’s in that truck passing by you on the road – what’s their cargo? Is it the kale for your next salad, or is it something else, a bigger story waiting to be told?

Anna Gutto‘s feature film debut as writer-director, Paradise Highway, starring Juliette Binoche, Frank Grillo, Cameron Monaghan, Hala Finley and Morgan Freeman, is playing in select theaters from July 29. Anna co-directed on the successful 2019 Netflix series Home for Christmas and in 2020, Anna initiated Kids Speak Up, a project for kids and families to join the anti-racism movement. Norway-born screenwriter and director Gutto started her career in the theater, earning accolades such as “universally excellent” in The New York Times. She received her MFA in Film Directing at Columbia University, where she graduated with Honors in 2016. A U.S. green card holder, she relocated from New York to Los Angeles the same year. Her short film A Lucky Man is a Sloan Foundation winner and her short films have been playing festivals and gathering awards internationally and domestically. Mommy Heist was bought by FR3 and is currently broadcast in the Courte Libre program. Anna also directs commercials and music videos. 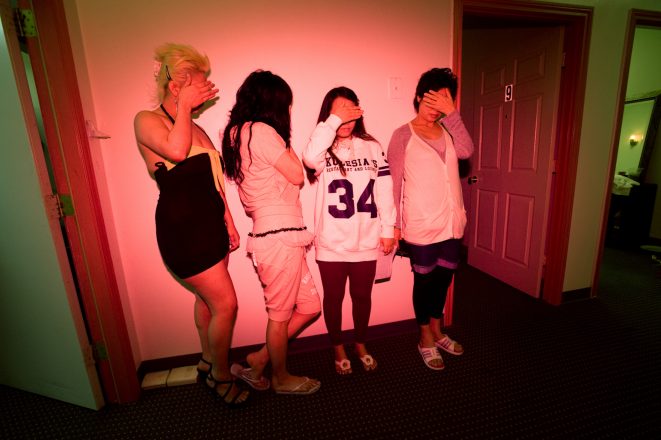 Texas and the Lost Girls 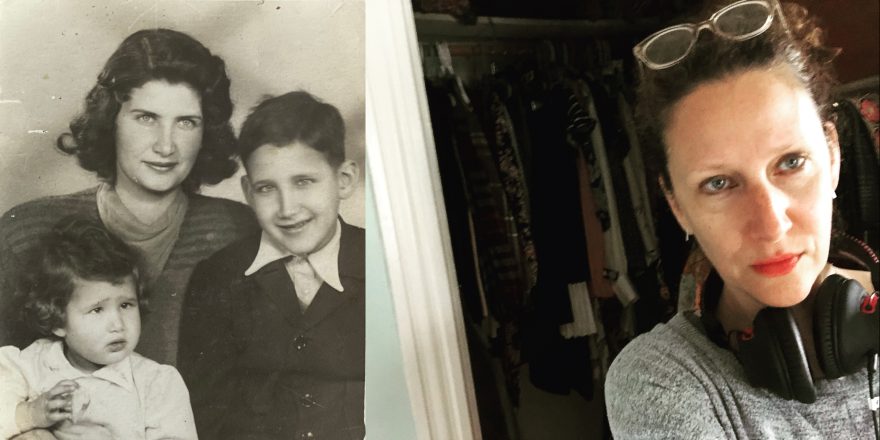 Finding the Thread and Repairing the Past 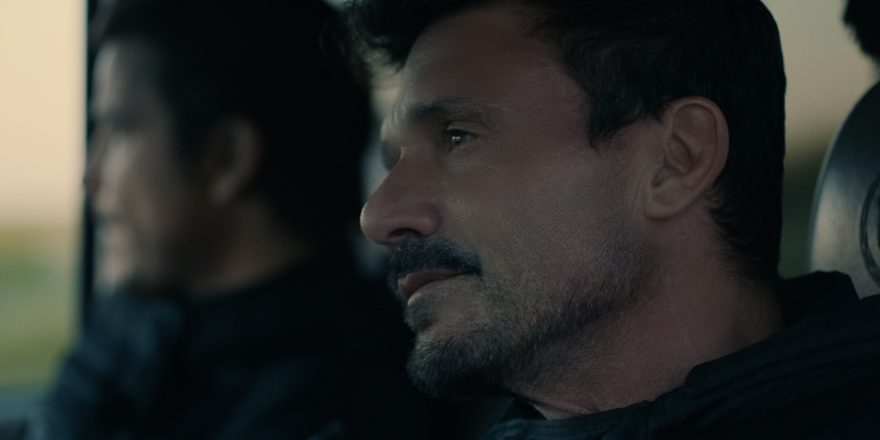