Frank Grillo is currently starring in the thriller Ida Red, opposite Josh Hartnett, William Forsythe and Melissa. He portrayed the fan-favorite villain Crossbones in Marvel’s Captain America: Civil War and is the face of Universal’s Purge franchise as Sergeant Leo Barnes. His other notable film roles include Warrior, The Grey, Zero Dark Thirty, This is the Night and Donnybrook and he brought his trademark intensity and real-life boxing and martial arts expertise to the small screen playing the lead in the DirecTV series Kingdom. In 2016, Grillo and writer-director Joe Carnahan launched a production company, Warparty, which has produced such projects as the high-concept action thriller Wheelman, the documentary series Fightworld, the action thriller Point Blank, an action thriller starring Grillo and Anthony Mackie, and Boss Level, an action sci-fi thriller starring Grillo, Mel Gibson and Naomi Watts.

Three Great Things is Talkhouse’s series in which artists tell us about three things they absolutely love. To mark the current release in theaters, on digital and on demand of Ida Red, a taut thriller starring Josh Hartnett, William Forsythe, Frank Grillo and Melissa Leo, fan-favorite actor Grillo picked some of the things that loom largest in his life at the moment. — N.D.

Italy
I just came back from doing a picture in Italy, and while I was there I fell back in love with my motherland. I’ve recently become obsessed with living in Italy, so at the moment everything in my periphery has to be Italian. I’ve reconnected with my heritage and I’m having a good time with it. My brother and I are even talking about buying some property out there and building a couple of houses.

I’ve gone on vacation there often and been to a few film festivals there, but this time I was playingFerruccio Lamborghini in a film, so I was traveling all over Italy for about five weeks and I really got to explore the country in a way that wasn’t from a tourist’s perspective. And I just absolutely fell in love with the place.

Even my sons are anxious now to go and see what I saw, which was a mixture of city and country life. I started off in Emilia-Romagna, which is way up north, above Tuscany, and is the region Lamborghini was from. I stayed in an agriturismo, a farm bed and breakfast, and I got to eat from the land, truly farm to table, and got to connect with the Italian people in a way that I’d never been able to before.

I’m 100 percent Italian and being there and hanging out with all these Italians really brought back a lot of who my family is, because they’ve only been in America for a generation and a half. My Italian sucks, but because I grew up in an Italian-speaking house, after about two weeks a lot of it started to come back and it was fun putting that puzzle together. I grew up in such an Italian household, I never really felt American, but I certainly didn’t feel Italian either, because I was in New York. When I was in Italy this time, I felt like a lot of the missing pieces of my life as a young man and even now have started to make sense, and I understand more about myself from spending time there. I’m anxious to go back, to learn more about myself.

Boxing
My lifelong obsession with boxing has not waned at all. Not only do I box at a very high level every day, right now boxing has taken over my life. If I’m not boxing, I’m talking about boxing and I’m hanging out with boxers. Because I’ve got a little bit of celebrity, I’ve been able to connect with professional fighters that I love and have relationships with them. One of my sons also boxes with me, so it’s a bit of a family affair.

I respect fighting so much, which is why I did the docuseries Fightworld. Boxing is what keeps me sane. It may sound cliché, but it’s my therapy, it’s my church, it’s all the things that I need to get through the day. It goes all the way back to when I was a boy. I started wrestling when I was about eight, and then at 12 started boxing a little bit at the YMCA and loved it. Boxing was also the one thing my father and I would watch on Saturdays, either Muhammad Ali or any of the great fighters back in the seventies. It was my one connection to my father, because other than that, we didn’t have much in common. In my mid-teens, I started to box a lot, because I really wanted to learn. And I’ve never stopped.

A lot of the life lessons that I instill in my kids come from not just boxing, but sport, from the discipline I’ve learned from my athletics. I compare boxing to high-level chess; it’s move, counter move. I have a long list of fighter friends who are very successful, champions of the world who are intelligent and sensitive, and anything but brutish or violent. Every once in a while, there are guys like Conor McGregor, who gets himself into trouble outside of the cage, but most of the guys I know who have championship belts are the quietest people. You would never know they were fighters until you saw them on television.

Right now, I think Canelo Alvarez is the best pound-for-pound fighter in the world. Where he’s at, physically, spiritually and mentally, I don’t know how you beat that guy. I also love Teofimo Lopez. Some people think it was a fluke that he beat Lomachenko, but I’ve watched him from New York since he was a kid, and I think he’s special. In my top three, I also have to have Terence Crawford, who is stylistically and mentally amazing, too.

Solitude and Self-Discovery
I just got divorced after 20 years of marriage, and I’ve been living alone for the first time since I was 23 years old, which was a long time ago – I think Lincoln was president back then! I’ve been really into being solo and a little isolated from people. My kids are here periodically (I have them half the time) and I spend a lot of time talking to my two Cane Corso dogs, but it’s been great getting to know myself without being attached to anything. I know it sounds a little crazy, but I’ve never really been by myself before. At times it’s difficult, and at times it’s exhilarating, so there’s a balance there. But it’s been a real adventure the past year, just chillin’ with me.

My wife and I separated and I moved out of the house about a month before the lockdown, so not only was I not going anywhere, but no one else could really come to me. I did sneak my trainer into my house every day so I could box, but aside from that, it was a real eye-opening experience of isolation, both the good and not so good. I’m not an alone kinda guy, so it’s been a great learning experience.

I’ve now got a house up in the hills and in the past year I’ve got into decorating and buying fresh flowers, things I never thought I would do. I’ve got candles all over the house! It makes a difference in my life, though.

I’m 56 now. I’ve been married most of my adult life, and I have relied on people – and have had people rely on me – during that whole period of time. Being alone has been like a rebirth, in a sense, because I kinda stunted my growth a little bit by getting married so young. I’m maybe a little too old to get back into dating, but it’s fun to think about it. I do a lot of things by myself and I can be alone, but I prefer to share my life with someone. I really do. Even though both my marriages broke up, they were good marriages for a very long time, and I would love to be able to continue to share my life with somebody.

Frank Grillo is currently starring in the thriller Ida Red, opposite Josh Hartnett, William Forsythe and Melissa. He portrayed the fan-favorite villain Crossbones in Marvel’s Captain America: Civil War and is the face of Universal’s Purge franchise as Sergeant Leo Barnes. His other notable film roles include Warrior, The Grey, Zero Dark Thirty, This is the Night and Donnybrook and he brought his trademark intensity and real-life boxing and martial arts expertise to the small screen playing the lead in the DirecTV series Kingdom. In 2016, Grillo and writer-director Joe Carnahan launched a production company, Warparty, which has produced such projects as the high-concept action thriller Wheelman, the documentary series Fightworld, the action thriller Point Blank, an action thriller starring Grillo and Anthony Mackie, and Boss Level, an action sci-fi thriller starring Grillo, Mel Gibson and Naomi Watts. 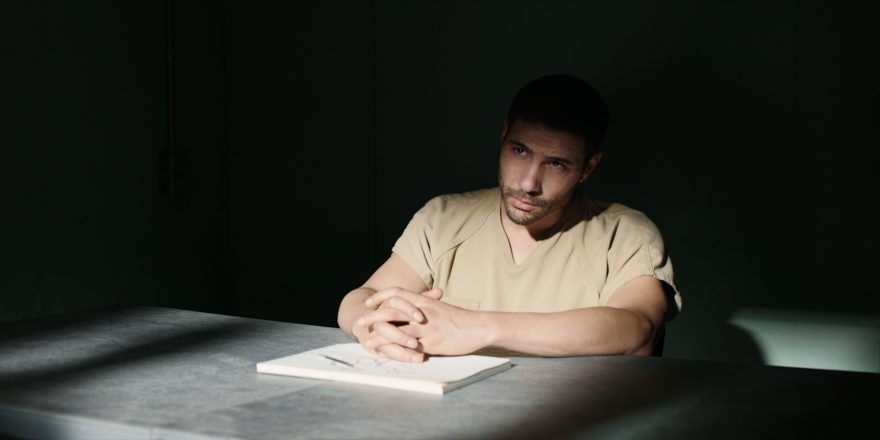 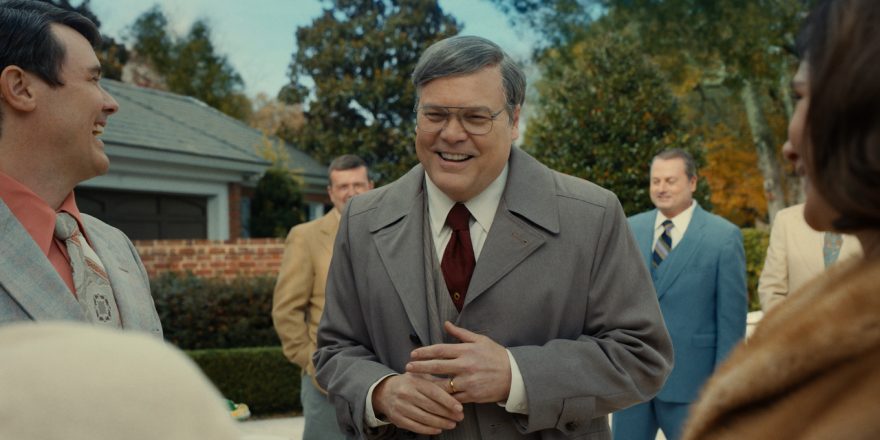 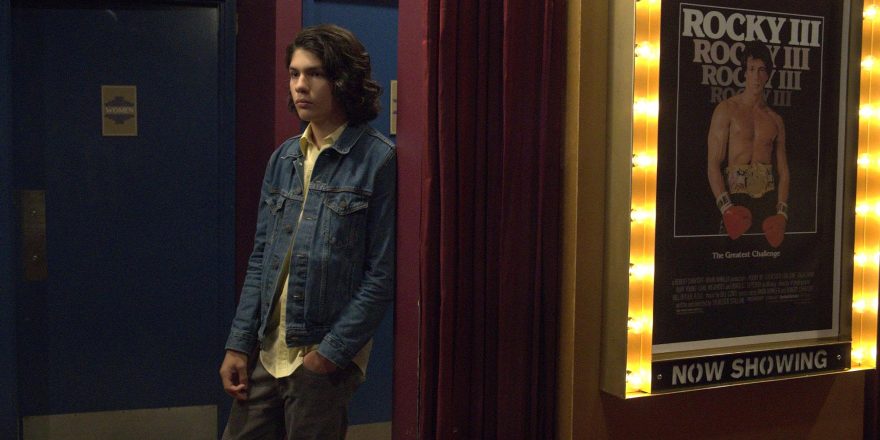 Watching Movies in a Theater, as God Intended 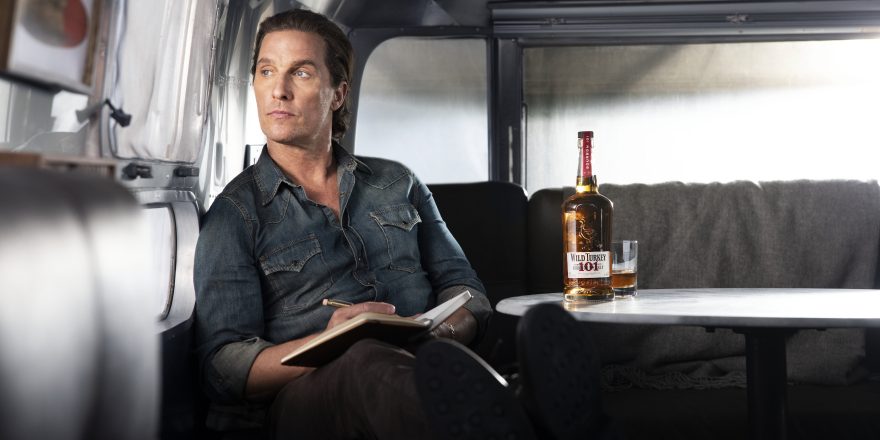