Brian Falduto is a former actor, and currently is a singer-songwriter and life coach. He was recently named one of the “20 most influential, outspoken, and optimistic individuals on the planet” by PrideLife Magazine in their 20th Anniversary #20intheir20s issue. Brian is the founder of his own life coaching business in compliance with the International Coach Federation standards as well as the Head of Marketing for the Gay Coaches Alliance. On Instagram, he is @thegaylifecoach. Brian’s first studio album, Stage Two, is out now featuring the lead single “Rainy Day.”

The first time I got to be a storyteller eventually became the time that had the largest impact. I was 11 and I was cast as “that gay kid” in School of Rock, a major motion picture that became an international hit, connecting with an entire generation of aspiring musicians. The film also ended up launching a music education franchise and became a Broadway musical written by Andrew Lloyd Webber. I am a songwriter, and it’s up for debate whether or not School of Rock directly led me to that creatively. What’s certain, though, is that School of Rock was the first time I got to share a part of who I was, and that experience dictated a lot of the chapters that followed – some of which were awesome and some of which were awful.

A few times now, I’ve been asked to talk about my life after School of Rock, and a big focus has become the internalized homophobia and homophobic bullying that I experienced. I can understand why people want to hear about these things and also why they might connect to them, but one of the other reasons I think people enjoy my story is because there’s a happy ending. After all the drama, I’ve come out a strong gay man who has an attitude of self-love and self-acceptance. This is not to say I don’t have my fair share of bumps in the road. But for the most part, I’ve taken my struggles and made them my solution, and I think that’s something a lot of people can put their hope in.

Still, what fascinates me is how rarely people seem to want to talk about the chapters in between. What happened between the drama and the happy ending? For me, that’s the part that’s most interesting. Those are the chapters that have led to who I am now.

The way my mind tends to see it is that School of Rock was chapter one, and the second chapter was the 14 years of self-repudiation and consequential self-destructive behavior that followed. Though significant, those chapters are slowly dwindling in importance compared to the many chapters I’ve written in just the past couple of years. Possibly it’s because the early chapters are becoming faded and difficult to remember, but mainly because my life recently has been that part of the book that’s so gripping you just can’t put it down.

About a year and a half ago, I earned my certification as an ICF professional life coach. In this role, I’ve been lucky enough to work with people one-on-one and hear their stories. It’s been a privilege to step outside of my narrative and help people uncover theirs. When I coach, the goal is to crack open the person’s whole book – the good, the bad, and the ugly – and figure out which chapters are serving them and which aren’t. Which are the stories they are telling themselves that are actually limiting them? Once those have been identified, we can begin to remove the hesitancy and doubt that results from that negative narrative and begin to replace them with a positive outlook that supports our pure potential.

That all said, maybe now it’s understandable why I want to talk less about the first two chapters of my story. I don’t think I’m doing myself or anyone else any favors by continually drawing attention to the fact that I was severely bullied growing up or that I was a child actor unwillingly assigned a large responsibility in a community I knew nothing about. Those chapters do not serve me anymore. Focusing on them reinforces the narratives that I used to live by, narratives that were dictated by stereotypes and a need to categorize me. To put it plainly: 11-year-old children don’t have sexual preferences yet, but for whatever reason, society wanted to assign them to me. When discussing School of Rock, popular entertainment publications across the world called me whatever they wanted to, never stopping to consider that I, a child in 2003, might not be ready to be a representative for the LGBTQ community.

Because of this trajectory, at the peak of my coming out I had a terrible mindset. I was out, but I was also so far from the joy that is meant to be experienced when you are finally living as who you are. Because I wasn’t. I carried a damaging amount of shame with me still.

The most significant bookmarks of my in-between chapters are boys. Not to sound like an Ariana Grande song, but the relationships I’ve had really taught me a lot about myself. I’ve noticed, for example, that I tend to only want things I can’t have. A beautiful man could walk right up to me and tell me how much he loves me and I’d still go after the jerk that wants nothing to do with me or the unavailable lost soul in a troubled relationship. After looking further into it, I discovered that this type of behavior is trending in the LGBTQ community and it’s not coincidence. When most of the things in your life have been associated with struggle, it’s hard to suddenly accept that you deserve happiness. I crave to be liked by guys who don’t appreciate me because they remind me of the boys in high school whom I so desperately wanted to accept me. I always joke that the best way to get me to stop thinking about you incessantly is to be nice to me. The dating arena has been one of my biggest challenges and in a lot of ways, I’m still under construction.

People assume that those who are out of the closet always have pride, but that is not the way it works. We so desperately want to be finished with the race by the time we get to the perceived finish line of coming out, but that’s actually where the real marathon begins. We need to own and acknowledge the fact that because of our hardships, we are broken and that is beautiful. (And yes, that is a reference to the Ugly Dolls soundtrack.)

As the saying goes, you can go to the gym, drink your water and take your vitamins, but if you don’t deal with the shit going on in your heart and head, you’re still going to be unhealthy. I don’t know how I lucked out, but I’ve been blessed with enough gut-wrenching and heart-breaking experiences in my short 27 years that I finally started to ask myself the right questions – the ones that helped me go from rock-bottom to a loving relationship with myself and with life.

As a songwriter, it’s been cool to see how my growth has influenced my work. I started out by sharing stories from a place of hurt because I was consumed by it and it was easy to access. My later catalogue contains lyrics meant to meet people where they’re at, but with stories that paint the full picture of being human. I’m currently in the process of producing a song that delivers my most powerful message to date, but I would never have been able to have written it had I not began embracing the totality of my story. I’m finding out that there is always more beneath the surface and the challenging part is being brave and vulnerable enough to explore it without judging what comes up.

In my first chapter, I was reluctantly tossed into the sea that is the LGBTQ community. In the chapters that followed, I was drowning and all I wanted was to get out. As of late, I’ve learned how to swim on my own. I am finding that much of the LGBTQ community is still avoiding their in-between chapters – the ones that are going to bring them to live a full and confident life rooted in authenticity and devoid of overcompensating habits. I know this because this was the case for me. My early chapters were dark and I didn’t know how to behave once in the light. The catch is – we are light and it’s time we stop covering ourselves up. It’s time to come out again.

The reason I’ve become a life coach is because for a very long time, I genuinely did not know what good self-esteem looked like or if confidence was even possible for me. And if there’s anything I’ve learned from storytelling, it’s that if something is true for you, it will be true for others as well. I’m making up for lost time. I missed out on 15 years of connecting with people because I was so disconnected from myself. Well … I’m back and I want to help shift the focus. It’s going to be uncomfortable, but it will be better than the stagnant discomfort of remaining in toxic relationships with ourselves (and others), like we’ve always done. Once we turn the page, we will want to keep turning. Happiness is a proven possibility but the only way to it is through those “not a girl, not yet a woman” chapters. We have to love our entire self before we can share our entire story.

Brian Falduto is a former actor, and currently is a singer-songwriter and life coach. He was recently named one of the “20 most influential, outspoken, and optimistic individuals on the planet” by PrideLife Magazine in their 20th Anniversary #20intheir20s issue. Brian is the founder of his own life coaching business in compliance with the International Coach Federation standards as well as the Head of Marketing for the Gay Coaches Alliance. On Instagram, he is @thegaylifecoach. Brian’s first studio album, Stage Two, is out now featuring the lead single “Rainy Day.” 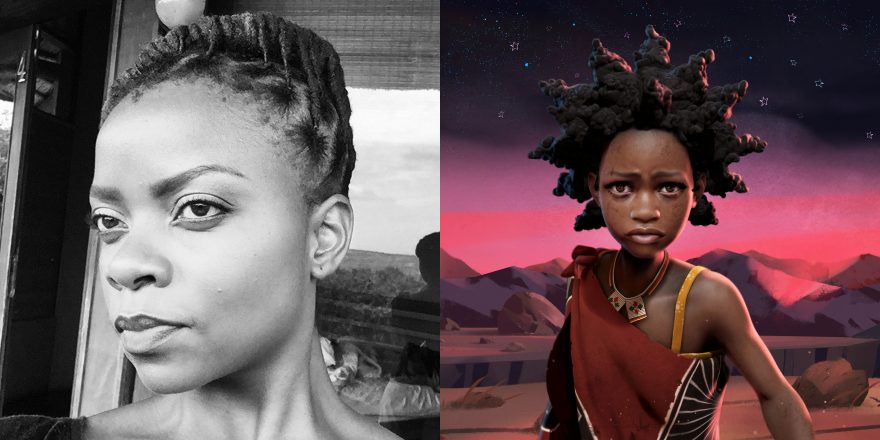 The Strength to Tell My Own Story