Caroline White is the songwriter behind Infinity Crush, whose new full-length Virtual Heaven is due out August 9 from Joy Void. In addition to Infinity Crush, White’s work includes High Bloom and Julia Brown.

Virtual Heaven unintentionally found a lot of its inspiration in poetry and prose — there are borrowed phrases and motifs littered throughout. I think poetics have the ability to create a unique and even physical sensation that is unlike any other experience. Words, despite their immateriality, have the ability to make you feel a heavy weight. It’s like they’re creating matter out of nothing.

The title was taken from a Charles Wright poem entitled “A Short History of the Shadow,” which I was drawn to because of the beauty of its opaqueness. It certainly feels mysterious in its immediate referencing of huge abstract concepts like the underworld and heaven — and I think this is where the reader reaches a fork in the road, where they can feel frustration about not entirely understanding the imagery and the meaning or they can submit to the poem and allow things to not make sense. It’s freeing. “Heaven resplendent but virtual/Above me […]/The visible carries all the invisible on its back.” Beyond meaning, I love the way these lines sound. I love the way that they make me rethink my understanding of the word “virtual.” It has obvious correlations with the internet, but in a broader sense and in this context it means all that is implied. Not in opposition to reality, but sort of in a different dimension. When ascribed to heaven and to the burdens people carry, I think it’s such a beautiful word choice, and I find it incredibly moving.

The idea of virtuality, of the implied pain and love and memories we carry reminds me of another poem I discovered while recording Virtual Heaven, called “From Blossoms” by Li-Young Lee. He writes “to take what we love inside/to carry within us an orchard, to eat/not only the skin, but the shade/not only the sugar, but the days, to hold/the fruit in our hands, adore it, then bite into/the round jubilance of peach.” It’s such a lyrical poem, and it carries the same motif of things being more than they are physically. That things are also all that they have endured.

The title of the song “Lunar Pull” references the poem “Facts About the Moon” by Dorianne Laux, which is one of my absolute favorite poems. It’s suffocating. Describing the fraught relationship between a mother and her violent son, Laux write “you know love when you see it/you can feel its lunar strength, its brutal pull.” In the context of the poem, it’s heartbreaking. You feel like the poem is pulling you down with it as it goes down the page, which is one of the things i love most about this poem — its heavy movement. And all of the language is entirely plain, but yet in whole the poem is this grand and beautiful thing, which I think is a great testament to beauty in the ordinary.

Although not explicitly referenced, I felt inspired by the poem “Love” by Billy Collins, and I think the album harkens it in ways. I love the way that the poem leans into being dramatic and does it so gracefully:

when she turned
to lift the large, delicate cello
onto the overhead rack,

when they are looking up at God
when he is doing something remarkable,
something that identifies him as God.

This moment where a woman is essentially just putting away luggage on a train turns into a Biblical event, and I appreciate the unextraordinary becoming mythical. I appreciate being overdramatic, which is sometimes just shouting into the world that you feel moved by something.

Virtual Heaven is out now via Joy Void.

Caroline White is the songwriter behind Infinity Crush, whose new full-length Virtual Heaven is due out August 9 from Joy Void. In addition to Infinity Crush, White’s work includes High Bloom and Julia Brown. 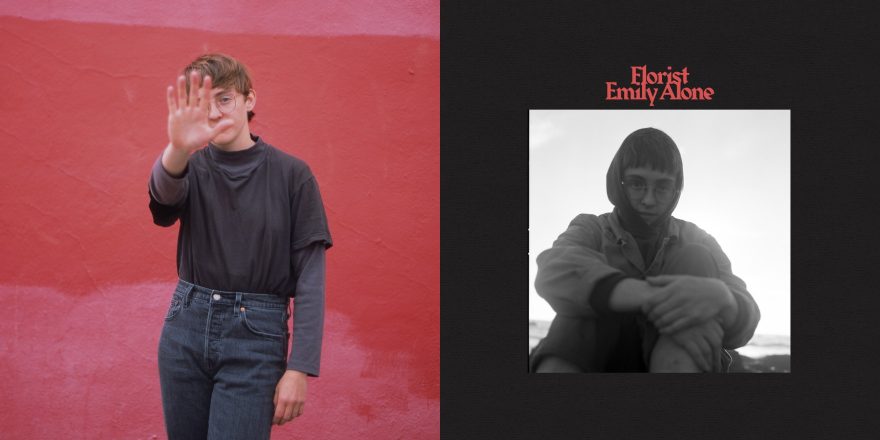 A Guide to Florist’s Emily Alone