The moment the Russian cop (or KGB guy? He hadn’t said…) hit my producer, I began to think things were not going to end well.

Moscow in 2002 was not a place for the faint-hearted. There were three neat bullet holes in the elevator at my hotel and more prostitutes than staff in the lobby.

We had been filming the mayor of Moscow in his meeting room, as part of Russian Godfathers, a documentary on the battle for control of Russia between some of the world’s richest men, the oligarchs, and the newly elected President, Vladimir Vladimirovich Putin.

Now, we all know how that battle ended. But back then, it was a closely fought thing. And we had suddenly become pawns in the game.

Foolishly, I had ignored my sound man’s plea not to use radio mics. That meant the Kremlin’s scanners, just a mile away, could listen in to what Mayor Luzkhov and his closest associates were saying. And he was the only politician popular enough to beat Putin in an election.

So, in the middle of the meeting, 10 stern-faced men in uniform filed into the room. And Luzkhov and his entourage filed out. We were slammed up against a wall, to my producer Joe’s outrage. I told him to shut up – too late.

Eventually, we were let go. Somebody talked to somebody. The chess pieces realigned, as everyone realized that we were not that big a deal.

Now, it is not every day that I face the prospect of quality time in a Russian prison. Most days, my big dilemma is whether to have cheese or ham in my lunchtime sandwich. So trust me, as a lifetime member of Cowards-R-Us, I was not Mr. Cool either.

But that kind of moment – writ large or small – is integral to documentary filmmaking. Fear stalks you every inch of the way. Not fear of falling off a sheer cliff-face, or getting shot – unless you’ve got the kind of crazy bravery that people like Free Solo directors Jimmy Chin and Elizabeth Chai Vasarhelyi seem to have in spades – but simply fear of failure.

And it’s right that fear is so present in the work, because you cannot print out the future. We would all love a crystal ball, but they are out of stock. And that is what makes what we do so interesting, and so challenging.

If you want to make a good or even passable movie, if you want that first draft of history, you have to guess what’s going to happen; be in the right place to capture it; film the right person; and do it at the right time. It makes our art every bit as valid and exciting as the best narrative feature, perhaps more so.

There is a bench in a beautiful part of the English countryside that I cannot pass without a shudder. I sat on it on a perfect summer’s day. My kids were playing in front of me, my wife was by my side. Our friends were cooking up a storm on the BBQ.

And all I could think was, “Should I just give the BBC back their money? Is this what failure looks and feels like?”

This time, it was not gangsters or geopolitics. It was a film about glorious old buildings and their custodians: England’s National Trust. You would think it would be a documentary dream. It was a nightmare. It became quickly evident that although senior management had embraced the project, they hadn’t persuaded their staff to open up.

Filming rapidly became a game of wits. You had to guess when a key meeting was actually taking place, which was never when it was supposed to be. If you missed it, you had to discern what had really been decided. The fact that this was all being carried out in some of the most beautiful places on Planet Earth only added to the surreal nature of it all.

But big BBC bucks were riding on it (and, ahem, me). So, stick or twist? Eventually, I decided to stick.

For the next five years, the Trust and I fought our uncivil war. And eventually we/I won big. Big audiences, lots of awards, a major career breakthrough – and a happy National Trust, as membership soared! But that bench.

So, who cares about the plight of a well-educated, well-nourished (on that day!) filmmaker? Well, I’d argue that everybody should.

Documentaries are the flavor of the moment. They are in theaters everywhere. They are wall to wall on Netflix, Apple, Disney+. People even get pissed off if a favorite does not make it onto an awards shortlist. If you don’t believe me, check out the tweets about The Rescue after the Oscar noms were announced.

If you look at who made it onto that Oscar shortlist, they are all great films. But only one of them is a truly observational film, the brilliant Writing with Fire.

It was filmed over five years in some of the poorest and toughest places in India, as its subjects – the journalists working for the female-only newspaper Khabar Lahariya – fought every prejudice imaginable to get the stories. I bet the Writing with Fire filmmakers had more than their fair share of “bench” moments over those five years.

Mark Bentley, my producer for the past decade, teases me on a regular basis, saying, “You want to win that Oscar?” Me: “Yes, duh!’ “OK, let’s just find a lost document, or a dusty film reel, and make a movie round that. Instead of sitting here and trying to work out the next big breakthrough in science, or prove (for the first time) that somebody innocent was executed in the U.S.”

I really, really love Summer of Soul and Flee. They are both brilliant films, original and creative, revealing something new and true about our world. But were they as tough to make as Writing with Fire? Absolutely not.

And that matters. Studio and streamer money will always default to certainty, because studio execs fear failure every bit as much as filmmakers, maybe more. Mark is right – damn him! But he shouldn’t be.

For my money, the best doc of the past decade is Free Solo. National Geographic took a real risk backing the filmmakers. And over the years, as Alex Honnold deliberated about whether he was actually going to take on El Cap, they must have wondered whether they had made a huge mistake. But look how that risk paid off.

So my message is: Feel the fear, but don’t run from it. Embrace it! 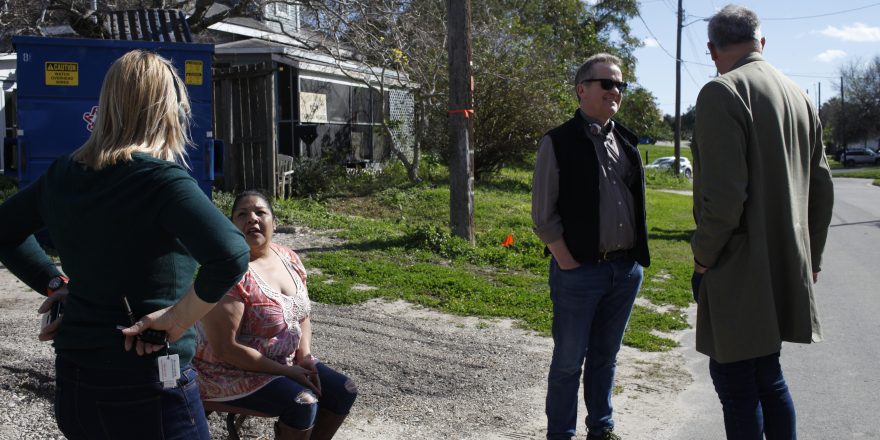 The Black Box of Documentary Filmmaking 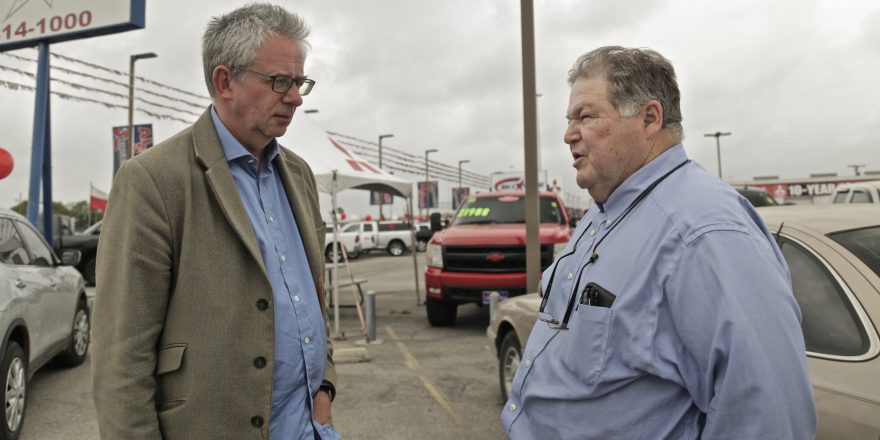 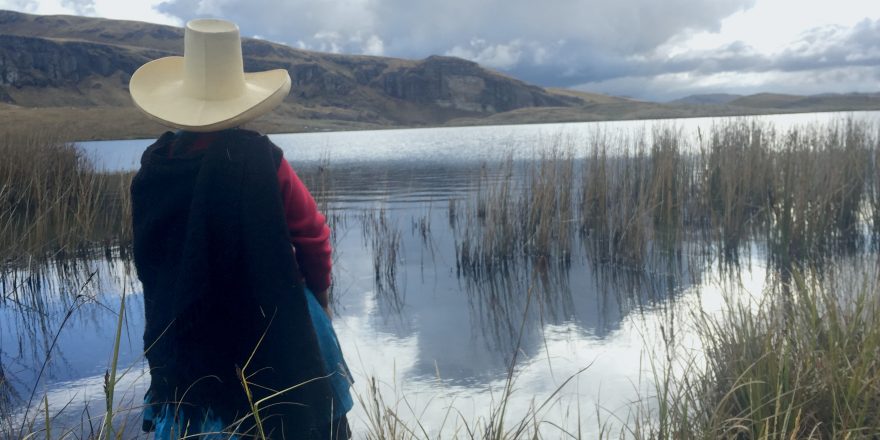 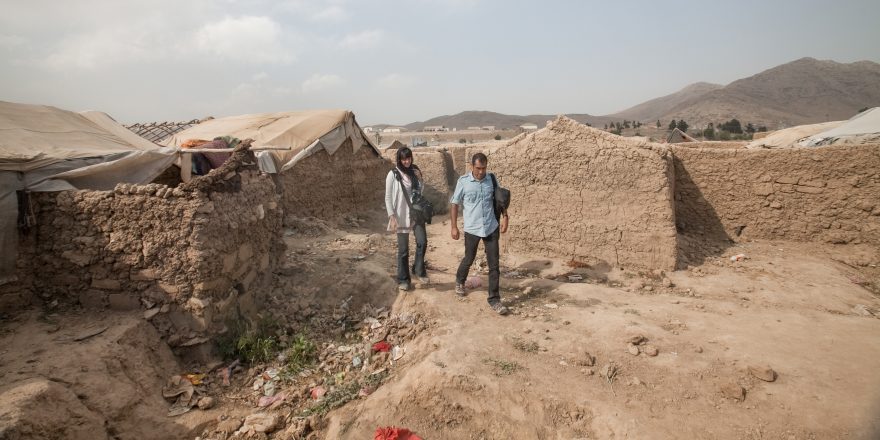 In Afghanistan, Love Blossoms Against Violence