It was 1992. Early fall. A breezy weekday. I was 12. Bored. Twiddling away. What to do, what to do. I know! I’ll find a way to obtain the stage rights to my new favorite film, Newsies. As you do.

I was living in Southern Michigan at the time, but I was not about to let the 2,289 miles between me and Hollywood stand in my way. I had a dream: to star as “Christian Bale” in the first-ever stage production of Newsies. But – cheese and rice! – time was not on my side. Newsies was the greatest movie ever – obvi – anybody with eyes knew that. Surely someone was already swooping in to get those glittering stage rights. That someone had to be me.

I was an actor already, you see. That coffin was nailed shut in the winter of 1991, after I saw the local professional production of A Christmas Carol. I turned to my mom and was like, “That’s what I’m doing. For the rest of my life.” I quickly developed goals. Dreams. Deadlines. I even kept a detailed entertainment journal. Not of personal thoughts – no, no – but rather a detailed list of industry connections: casting numbers, theatre addresses, audition hotlines, etc. I was super pumped. Organized. Dedicated.

But, I was already late. For my own career. Kids my age had been starring on TV shows like You Can’t Do That on Television and Roundhouse. I was tragically behind. I needed to make smart business moves. Stat. If I planned to ever make it. The next logical step would be cold-calling Hollywood.

Real quick: Newsies is inspired by true events. It’s New York City. 1899. Everyone is sweaty. The daily-newspaper tycoon Joseph Pulitzer (a mustache-twirling Robert Duvall) has raised the rates at which the “newsies” buy their “papes.” The newsies aren’t having it, so through song and dance – seizing the day! – they decide to form a union. Leading the strike is Jack (a glorious Christian Bale), and David (a beyond adorable David Moscow). In the end, the newsies succeed. It’s historical. Bill Pullman, Ann-Margret, and a million teenaged boys co-star in what the Orlando Sentinel called “The best live-action movie musical since Little Shop of Horrors.”

Newsies was released in movie theaters in April 1992, but by fall the musical masterpiece was available on VHS. I could get my very own copy. Which I did. It was clenched between my tween fingers. But how could I get the stage rights? The internet didn’t exist. There was, like, a library up the road and a phone book jammed in my mom’s cabinet. None of which contained Hollywood’s personal digits. Believe me, I checked.

I sat down at my family’s wooden kitchen table. I opened my entertainment journal. I flipped past the collage of newspaper cutouts for all the open-call auditions I had attended (Sister Act 2: Back in the Habit, Polish Wedding, Hoffa), past the notes from my seminar with casting director, Jane Brody, past the address for my headshot session with Kendra Dew – until I finally reached a fresh, clean page.

I racked my brain. I looked at the VHS’ cover art: a gleeful Christian Bale showered in newspapers. Gosh, I wanted that. I flipped the VHS over. “Distributed by Buena Vista Home Video. Burbank, California.”

I picked up my family’s landline, which was attached to the wall via a tangle-free cord that was always tangled. I dialed “0.”

“Can I have the number to Buena Vista Home Video in Burbank, California?”

A voice came back and gave me an 818 number.

“Don’t yell from the other room, honey!” Mom came into the kitchen, arms crossed. “You know I don’t like when you do that.”

“Sorry, but I have to make a call to Burbank, California.”

“I am trying to get the stage rights to Newsies and they gave me an 818 number,” I said, defiantly.

“I know it’s long distance!” I was losing patience. “That’s why I asked for permission!”

“You didn’t exactly ask for permission.”

I dialed the 818 number. An operator picked up. For sake of argument, let’s call her Ruth …

“Buena Vista Home Video. This is Ruth speaking. How may I direct your call?”

“Hello, Ruth,” I said passionately. “My name is Ryan Spahn. I am 12. I live in Detroit. I am inquiring about getting the stage rights to Newsies.”

I waited. Mom stood by, curious. The operator came back.

“I have a number. For Hollywood. Are you able to write this down?”

“Yes,” I popped open my pen. Ever the student.

“Ask to speak to Brenda.”

“She works for Kenny Ortega.”

“Kenny Ortega is the director of Newsies.”

“I know!” She clearly didn’t realize who she was talking to. “This is Kenny Ortega’s personal number?”

I hung up with Ruth. My mouth dropped.

“The director of Newsies!!!”

“Go for it!” Mom sat across from me, totally hooked.

I dialed Hollywood. A woman answered.

“I was given your number by Ruth at Buena Vista Home Video.”

“I live in Detroit. I am 12. I want the stage rights to Newsies. Ruth told me to call you,” I was panicking. Sweating.

There was a long pause. Endless. Mom smiled, dying from curiosity.

“Ryan? You still there?”

“Can you hold for a second?”

“My name is Ryan Spahn. I am 12. I am from Detroit. I was calling to get the stage rights to Newsies.”

“Hello, Ryan. This is Kenny Ortega. I directed Newsies.” 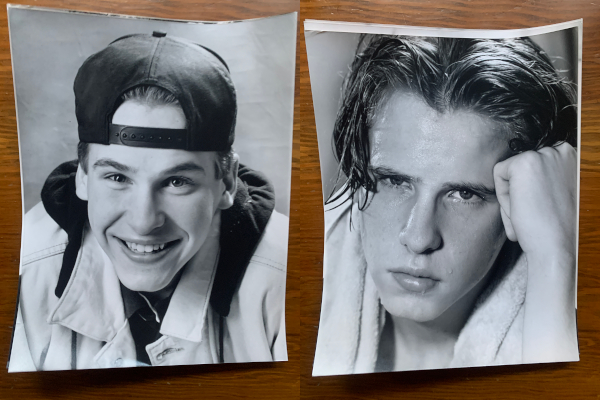 I almost dropped the phone. Mom was giving the “what, what?” eyes.

“You can call me Kenny.”

“I really loved your movie. Are the stage rights available?”

“Thank you, Ryan. Well, nobody currently has the stage rights, but if I’m going to be honest, Disney was very disappointed with how the film performed at the box office. Unfortunately, I don’t think the stage rights will ever be available. I think it was financially not a success for them.”

“Oh,” I mumbled. I had never understood what defined success, but I could hear in Kenny’s voice that he did.

“But … how about you give me your address, Ryan, and if the rights do become available, I will send you a letter.”

I rattled off my home address and we parted ways.

I couldn’t believe it. In under five minutes, I was on the phone with the director of my favorite movie. I was flabbergasted. Dumbstruck. Encouraged. Encouraged so much that I have been auditioning professionally for 30 years now. It’s 2022, both the anniversary of Newsies and my personal anniversary.

After high school, I moved to Los Angeles. Like the newsies, I was seizing the day at every turn. I started crashing my friends’ auditions; showing up unannounced. Why not? If Kenny Ortega took my anonymous call, surely a casting director would take my anonymous arrival. And they did. For years. I even booked my first big TV job this way. Here’s looking at you, Star Trek: Voyager. 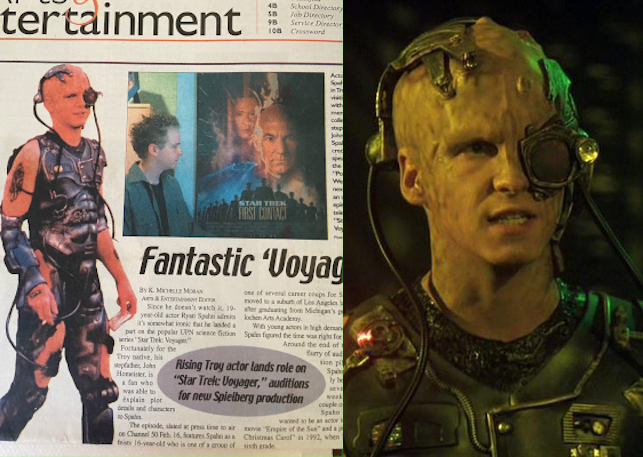 As I grew older, the charm of this wore thin. I had to dig deeper into why I was pursuing acting to begin with. An ever-evolving rollercoaster. Definitely related to my parents’ divorce, definitely inspired by A Christmas Carol, but most assuredly cemented by learning early that people do in fact want to help. Even if that help never amounts to Hollywood’s measure of success. Which it rarely does. Someone will always answer your call. Someone will always listen. Someone will always encourage. Here’s looking at you, Mom. Even through the rejections, which there are an endless barrage of, there are immeasurable gains. Here’s looking at you, Kenny.

(In the Spring of 2012, Newsies finally opened on Broadway, 20 years after its theatrical release. While I never received a letter offering me the stage rights, for years I received a Christmas card from Kenny Ortega that read: A donation has been made in your name in support of AIDS and HIV research. What a mensch.) 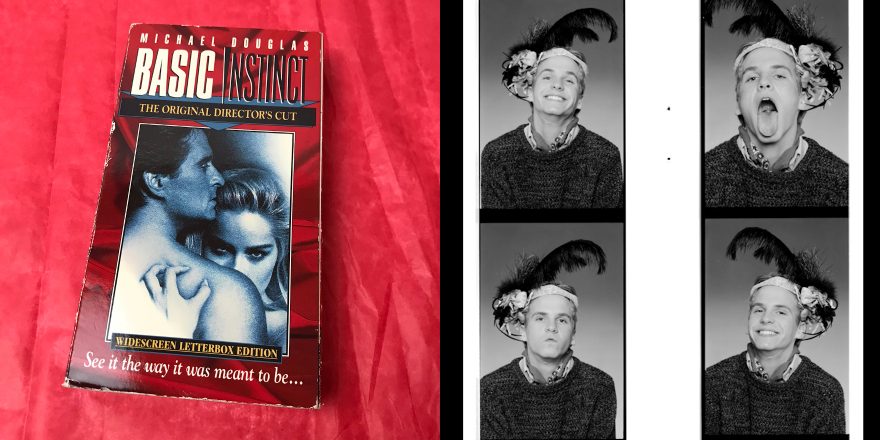 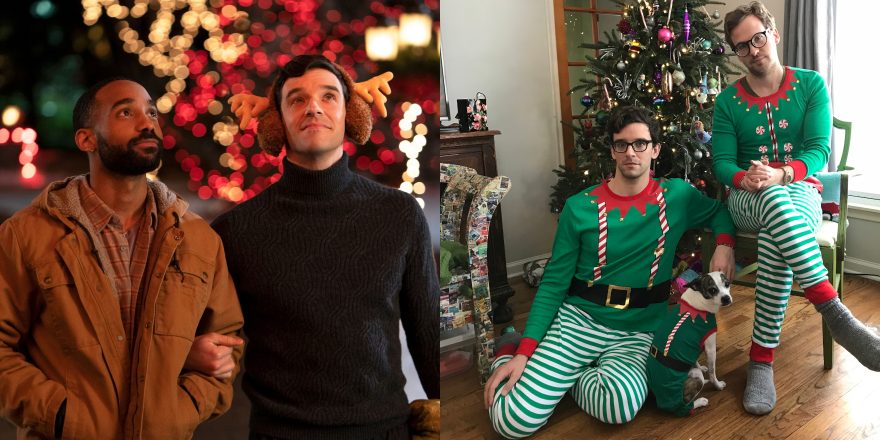