Wandering the wasteland of my local video store some 30 years ago, the greatest insult any film could offer my prepubescent mind was failing to be fun. Action, horror, science fiction, comedy… none of it mattered as long as the chosen VHS tape could keep my excited attention for a majority of its runtime.

As the bombastic cinema of the 1980s made way for other styles, I began to realize that few things made me happier than blinding flashes of neon pink, oversized black shades and a well-worn synthesizer jam. And while many filmmakers have tried their hand at recreating the garish, over-the-top fun of ’80s exploitation, Kung Fury is the first to do it with such unabashed heart that I literally paused while watching it, and tried to imagine the unfettered joy it would have given my eight-year-old self.

Kung Fury is, in the simplest of terms, fun — and the kind of innocent, happy fun that is rarely created with such love for the films that inspired it. At a scant 31 minutes, it joins a select few titles made over the past decade (I’m looking at you Hobo With a Shotgun, Black Dynamite and Manborg) that have taken the most enjoyable traits of 1980s trash and carefully distilled them into a genuinely charming form of neo-retro entertainment.

But make no mistake about it — while Kung Fury has been carefully crafted out of respect for the films that came before it, it’s clearly not meant to be taken seriously. When we first meet the titular Miami cop (writer/director/star David Sandberg), he’s pulled from a romantic evening in his living room/dojo to take down a sentient arcade machine that’s popping police officers’ skulls like water balloons. Shortly thereafter, Adolf Hitler (aka The Kung Führer) shows up and assassinates half the precinct, convincing Fury he needs to travel back in time to Nazi Germany to stop the madman and his army of swastika-swingin’ martial artists on their own turf.

Still following? Good, because this — incredibly — is the point at which the film actually starts getting odd. A mulleted computer genius by the name of Hackerman accidentally sends Fury into the far-off Nordic past, where machine gun-toting, bikini-clad warrior princesses ride giant dire wolves and battle laser-spewing velociraptors, all under the mighty gaze of their Kaiju-sized god, Thor (played with great charm by geriatric bodybuilder Andreas Cahling).

The ridiculousness quickly fast-forwards to Nazi Germany — and somewhere around the part when a T-Rex faced off in a slap-fight against a sentient SS eagle statue, it hit me why the film works so well at 32 minutes. Whereas a feature version might (and I say “might” with great caution) find a way to overstay its welcome, the pleasure of Kung Fury’s absurdity comes with the assurance that you’re not on this wacky, nostalgia-fueled journey for any longer than is necessary.

And look, before you think I’ve had one too many rum and New Cokes, I’ll be the first to admit that in the wrong hands, Kung Fury’s desire to juggle so much absurdity would get frustrating. Yet on the flip-side of that same coin, I was blinded all the while by Sandberg’s kaleidoscopic love for the era that inspired him, and I simply let the ludicrousness wash over me.

I drank up its fun… its shameless, balls-out, dinosaur-obsessed fun.

There’s already a contingent in the filmmaking world that rolls its collective eyes every time a knowingly retro film saunters onto “their” playing field, as though nothing that embraces the absurd should be allowed unless the hipster mafia grants it a stamp of approval. I take the opposite view, and find myself eagerly awaiting the next young filmmaker who is bold enough to toy with the tried-and-true tropes that we love so dearly. Speaking from experience, creating something wholly original is difficult, but creating something that has to go head-to-head with its beloved inspirations? That’s terrifying.

In my directorial debut, We Are Still Here, I took a cautious stab at ’70s-era Euro-horror: that overly melodramatic, methodically paced genre whose influences have been all but lost on modern horror audiences. In my youthful sojourns at the video store, I became obsessed with the cinema of Lucio Fulci, Mario Bava and Ruggero Deodato — so when the time came to pay tribute to their brilliance, I made sure to tread lightly. Does this mean I believe everyone should follow a similarly subtle suit?

What appealed to me about 1970s Euro-horror was its silent dread, juxtaposed with jarring violence. But as I espoused earlier, what I cherished so much about exploitation cinema of the 1980s was its garish colors, blasting tunes and larger-than-life attitude.

If I were to make my own over-the-top ode to Reagan-era action, you can bet your finest Jordache jeans I’d want it to hit the radical bar set by Kung Fury. 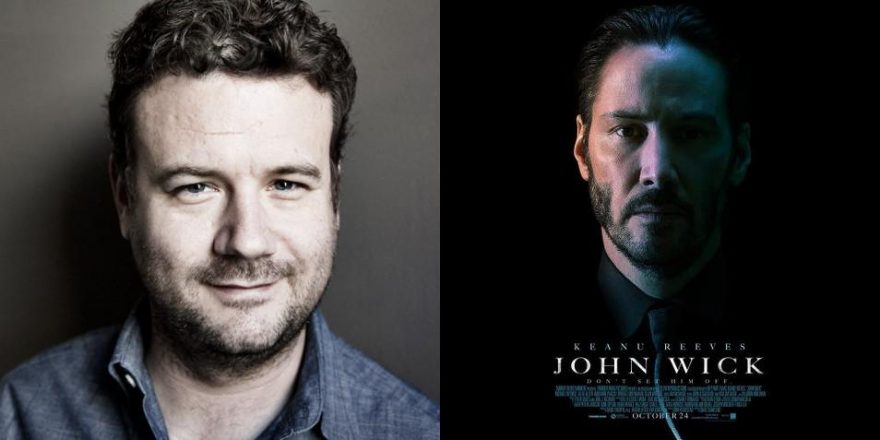