What’s not to like about a movie that, early on, graphically shows a muscular, tattooed man with a crazy Mohawk, naked except for a loin cloth, taking a well-formed crap, smearing it around and then licking his hands clean of said feces? But that’s just to pique your interest — or perhaps whet your appetite — for my piece on The Dead Lands.

After my freshman year at Yale University in 1965, I spent a year in the bush of Chad (not Chad Pennington, the former NFL quarterback, but Chad, the republic in Central Africa). There was no electricity, no running water and no porcelain toilets upon which to sit for a satisfying Western-style dump. In the area in which I lived, I encountered many people from the Fulani race, who wore intricate tattoos, and the Toubou, whose women wore six metal or clay discs in their mouths. Many of the various tribes’ members ran around wearing little or no clothing, often exposing their members, which as you know, very much informed Uncle Lloydie’s films over the last 50 years!

It is easy to dismiss tribal cultures at first glance as primitive, but for me, the big take-away in 1965 was that their societies were just as intricate and complicated as our culture, just very different. The sophisticated Westerners brought you The Phantom of the Opera, Coca-Cola and the Hydrogen bomb; the Fulani and Toubou have gone in different directions, becoming equally sophisticated in other ways. They remain deeply connected to their inner selves and their notable noble heritage. In some instances this might be viewed as better. Reading the seminal anthropologist Claude Levi-Strauss backs up this observation by an ignorant Yale freshman in 1965.

Since my days in Africa, I have always been interested in reuniting with non-Western cultures through film. So I am especially satisfied by The Dead Lands, directed by Toa Fraser. It is steeped in the culture of the heavily tattooed Māori tribe, and set hundreds of years ago in pre-colonial New Zealand. The people of the Māori seem to have similar traits that the tribes I encountered in Africa had, except the ones in Pala, Chad — the village in which I dwelled — wore less clothing. Their breasts (and yeah, sometimes if I got lucky, their penises) flapped about to and fro, out in the open, all the livelong day. I loved it! Sadly, there are no penises to speak of in The Dead Lands. Moving on, the actors here deliver their dialogue in the native Māori tongue and perform in kinetic action sequences using a rarely documented fighting style called “Mau rākau.” This combat consists of hand-to-hand grappling, the sticking out of one’s tongue, the making of goofy-crazy-cross-eyed faces, and intense battling using things that look like ping-pong paddles. However, this ping pong thing can slice throats and crack skulls.

The Dead Lands is a beautifully photographed movie that takes full advantage of New Zealand’s gorgeous landscapes. It is a highly original piece of action-adventure cinema. I enjoyed the fact that it uses this very primitive mise-en-scène to bring in a number of classic modern cinematic themes. I liked the fact that the plot centers on an oft-told revenge tale, à la Michael Winner’s Death Wish. There’s also a prevalent mentor-mentee motif, reminiscent of Howard Hawks’ Red River. Critics may compare The Dead Lands to Mel “I love the Jews” Gibson’s Apocalypto. But I was I reminded of the much greater The Naked Prey from 1965, directed by Cornel Wilde. It’s the granddaddy of all these type of movies. Seek it out! Also, if you like those classical kung fu movies, I believe that you’ll find something alive in The Dead Lands. But more on that later.

The main character in The Dead Lands is a 16-year-old named Hongi (James Rolleston). He is the son of a tribal leader and is considered a non-warrior among his people. Hongi is asked to observe a visiting clan led by the evil scowling warrior Wirepa (Te Kohe Tuhaka). While trailing Wirepa alone through a sacred area of the forest, Hongi witnesses the unspeakable act I alluded to at the start: Wirepa takes a big, sloppy shit in a cave right on the skeletal remains of their Māori ancestors, smears his poop on a skull with his bare hands and — just to cement the fact that he’s the villain of the piece — licks his own doody off his fingers. Now, because I have the mentality of a 14-year-old, and because the New York Times and others have noted explosive diarrhea scenes in my movies (e.g., Poultrygeist), I couldn’t help but suppress a guffaw at this scatological plot point. Hell, who am I kidding? I chuckled my fuckin’ ass off! Those of you out there with a more mature sense of humor might react differently.

After witnessing Wirepa taste his own dung, Hongi retreats back to the village to tell his people of the “shit show” he just witnessed. Wirepa denies accountability and accuses Hongi of the crime, in a clear effort to justify renewed bloodshed between the clans. That night, Hongi’s people are almost completely slaughtered by Wirepa and his henchmen. Knocked unconscious in a ravine, Hongi is the sole male survivor. His honor depends upon seeking vengeance.

Returning homeward, feeling like a badass, Wirepa insists on saving time by crossing through the Dead Lands, an area that is said to be haunted by evil spirits and a bloodthirsty “demon.” Wirepa’s men advise against it, but he ignores them. Hongi follows the group into this fabled area and decides to appeal to the “demon” for help. It turns out this demon is just another of your average, disgraced cannibal warriors (Lawrence Makoare) who lives with three witch wives, and kills anyone who trespasses through his territory. The warrior eventually decides to help Hongi destroy Wirepa and his men, becoming Hongi’s cannibalistic Obi-Wan Kenobi.

The story follows Joseph Campbell’s “hero’s journey” to a T while managing to break predictability with exciting fight scenes. But again, since I am a teenage boy at heart, I couldn’t help but laugh at all the weird faces the warriors made while in combat. They were constantly sticking their tongues out at one another and blowing raspberries. To a mature viewer, these fights are stylized, beautiful, suspenseful and terrific… and this is a fine movie! But, at certain points, I thought the actors were going to place their thumbs to their ears, wiggle fingers at each other and blow loud farts. I have directed too many goofy fight scenes during my career. There may be others in the moviegoing public who may also react this way.

Fights in The Dead Lands adhere to the “kung fu rules” of choreography. In a two-against-20 showdown, the larger group never rushes the outnumbered. The majority hangs back and sends out a couple of stooges to get slain. Fight. Death. Repeat. There are also male vs. female fisticuffs in the film. We’ve seen this a lot in cinema recently. I created an early instance of male-gyno kick-ass in Sgt. Kabukiman NYPD, but the gyno kicked the man’s ass! In The Dead Lands, the male kills the non-male. I can’t imagine how you’d find that inspiring, unless you’ve been married.

Overall, The Dead Lands is an enjoyable, often fascinating and compelling viewing experience due the very interesting characters, the themes of honor/disgrace, the gorgeous visuals, the violent fighting and, of course, the genuinely hilarious graphic shit-eating. Some viewers might even find The Dead Lands anthropologically important, being deeply rooted in the proud Māori culture. I would not be surprised to see a whitewashed, big-budget Hollywood remake. Rewrite the dialogue in English — no one wants to read subtitles! Make it a vehicle for Adam Sandler’s new deal with Netflix. Add at least three more scenes with excrement. Who should they get to play Wirepa? Start with a huge line of A-list actors out there willing to eat shit. 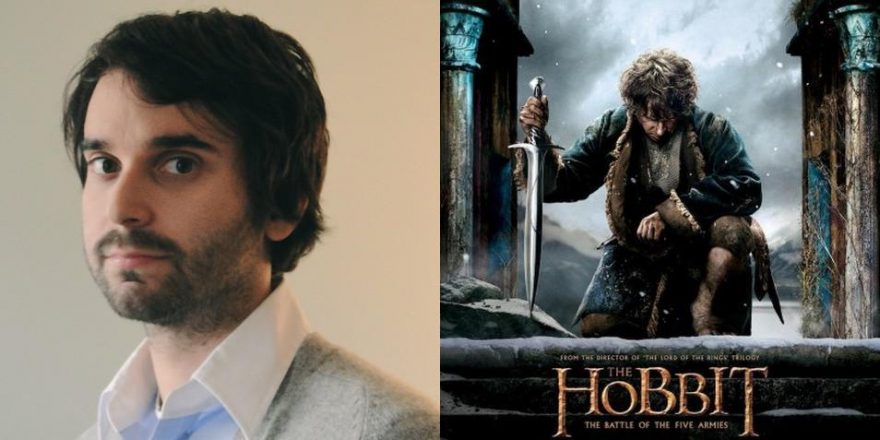