Still reading? I thought so.

I’m not implying it’s impossible to be simultaneously in a band and in a loving, long-term relationship. But if you take a quick inventory of either the bands you love or the bands you personally know, I’m guessing the happily married comprise a very short list. And most of them are bass players.

The band I’m in has four members, and though it’s not the type of sexy stat that gets trumped in a bio, between us we represent over 100 years of marriage. If you knew us, you’d be thinking the same thing I’m thinking: “How is this possible?” Yes, we’re older than you. Yes, we each found an exceptionally gracious and patient partner. And yes, we’ve learned a few tricks. Like not bragging about how long we’ve been married, so we don’t jinx it. But because I want you to have a hopeful Valentine’s Day weekend, I will now tempt fate by offering some unsolicited advice on love and fulfillment.

First, tour less. If you’re in a band that plays 200-plus dates a year and plans to do so for the foreseeable future, consider interviewing an old carny so you can get to know your future self at 50. We all have to make a living, and some musicians I know genuinely prefer spending Thanksgivings at truck stops — microwaving corn dogs, swapping conspiracy theories and child-support avoidance tactics, perfecting the art of cigarette-rolling — to the more mundane joys of hearth and home. If you’re not one of them, set a dates-per-year touring limit and stick to it.

Second, make it a family business. This is controversial advice, but consider Chris Frantz and Tina Weymouth of Talking Heads fame, married since 1977, a union that’s lasted two decades longer than the group. When the band couldn’t find a suitable bass player, Chris asked then-girlfriend Tina to learn bass guitar and thus was birthed a rhythm section so great that not even David Byrne has been able to assemble a better one. (For further study, see Yo La Tengo, Low, Steve and Eydie.)

Third, don’t be the lead singer. As singer, you’re liable to experience a series of short, regrettable relationships with equally insecure concertgoers based on mistaken conclusions about your desirability due to nightly assumptions that the audience is primarily interested in you. But are they? Couldn’t you just be blocking their view of the drummer? (Note: Although I’m our band’s lead singer, even I prefer watching the drummer.)

Fourth, think long and hard before writing another love song. You may think you’re crafting the highest possible compliment to the object of your desire by gifting them with a love song, but unless you keep it simple and sappy — like, for instance, Diane Warren does — this strategy can blow up in your hands. I broke with a longstanding tradition on our new album and wrote a lyric specifically about love. Not one of those saccharine, disposable Casey-Kasem-Top-40-Long-Distance-Dedication love songs. This one was… complicated. But it raised some awkward questions from my beloved, like “Is this song about us?” and “No, really: is this song about us?” The truthful answer was yes. And no. But how many of those can a relationship survive?

Who writes the best love songs? Leonard Cohen. I know little of Mr. Cohen’s domestic life, but I’m guessing his transcendent confessional ballads are responsible for a long series of awkward conversations with an even longer series of girlfriends. So while I’m not calling for a complete moratorium, I’m convinced the percentage of love songs in one’s oeuvre is inversely proportional to one’s chances of finding it.

(If you’re unsure whether or not your love song is simple/stupid enough to keep you out of the danger zone, here’s a foolproof test: Take your ukulele to the nearest zoo and sing it to a seal. If the seal claps, you’re gold.)

And finally, my most important piece of advice to the lonely is also the most obvious. Commit. And stick to your commitment. Musicians have a reputation for being commitment-phobes. But that isn’t entirely fair — if people are paying money to see you play, it’s because you made a commitment to master your craft (or you had a cousin in the band). It’s time now to muster that same resolve in your love life. Remember how, when you first started playing, you kept switching bands, constantly on the hunt for new opportunities with better potential? If you’re a decade or so into the same technique for finding love, how’s that working out for you?

Being in a band is a strange existence. The road can make for an adventurous job, but it’s a lousy home. Next month I’ll celebrate 30 years of marriage to one extraordinary woman, and chances are good I’ll be FaceTiming with her that day from the New Jersey Turnpike while pumping gas into a BandWagon. But we’ll laugh it off, knowing we’ve managed to spend more of these milestones together than apart.

So this Valentine’s Day, if you’re tired of having nobody to call after a gig besides room service, consider putting the same amount of heart, soul and work into a long-term relationship as you’ve put into your music career. Yes, you may experience the occasional speed-bump on love’s autobahn, just like we have. But come on — my wife and I hit the onramp during the Reagan administration and we’re still rolling down love’s highway. 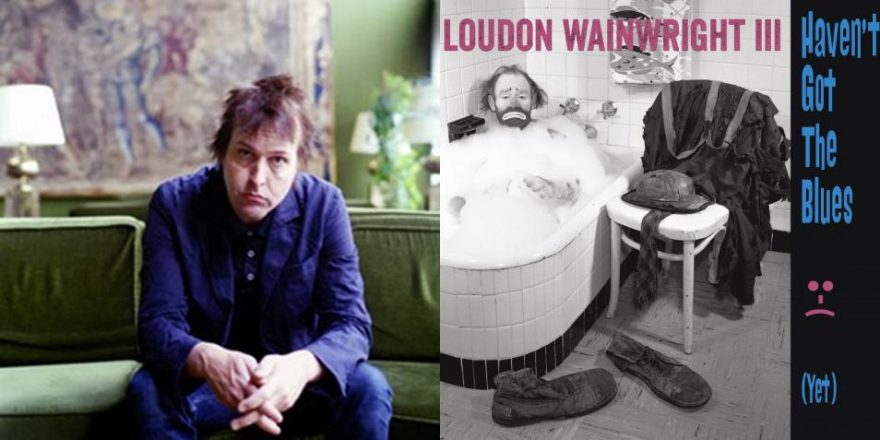