They are certified legends. And they also write for the Talkhouse.  From a Talking Head to a hard rock icon, this week we’re highlighting archival pieces written by members of the Rock & Roll Hall of Fame.

I know I’m not alone when I tell you how happy I am to hear this new Cibo Matto record, their first album in 15 years. If you like music that can be called art, then Cibo Matto is essential listening. Sure, they have elements of hip-hop, trip-hop, and samba, and they take some jazzy turns, but they’re truly unique — there is nothing cookie-cutter or copycat about Cibo Matto. They work it on out in a style of their own.

Miho Hatori and Yuka Honda, who are Cibo Matto, were both born in Japan and eventually ended up in New York City, where they are beloved by cool kids and other serious music lovers. Their Japanese following isn’t as large as the one here in the USA, but my good friends, the legendary Japanese new wave band the Plastics, consider Cibo Matto to be one of the best alternative bands ever to come from the Land of the Rising Sun. Cibo Matto released two albums — their 1996 debut Viva! La Woman and 1999’s Stereo Type A — and one EP, 1997’s Super Relax. But then in 2002, they broke up — for some reason, they felt they had done all they could do as Cibo Matto. Well, guess what? Hatori and Honda are no dummies — they decided to get back together because Cibo Matto’s very modern music has a place in our modern world.

So now we have this delightfully sexy, funny, and smart new album Hotel Valentine. I give thanks because I’ve been dying for a new record like this — something that makes me happy, stimulates my sense of fun. Hotel Valentine has grooves galore but it also makes me laugh, and lord knows we need as much laughter as we can get. The vocals, while still surprising and idiosyncratic, are also lush and fully developed. There is some very beautiful singing on this album and some lovely harmonies that will transport you and possibly haunt you.

“Haunt” is the right word because, you see, Hotel Valentine is a concept album of songs written about, or from the point of view of, a sweet little ghost. She wanders around and floats through the hotel unseen, wistfully watching the guests as they come and go. Among other things, she misses shopping, but that’s what happens when you’re a ghost: You wonder what’s happening in the outside world, you miss things, you are stuck in a perpetual déjà vu. (I once stayed in a hotel supposedly haunted by Marilyn Monroe but, sadly, she never came to my room.)

Credit where credit is due: there are some very fine players on this album, a sort of alternative crème de la crème. On guitar is Nels Cline, well known for his work with Wilco. One drummer is Glenn Kotche, also of Wilco, and the other drummer is Yuko Araki, who has played with Japanese avant-pop wiz Cornelius and Yoko Ono. Session ace Jared Samuel (the Invisible Familiars) is all over this record, adding keyboards, bass, synth bass and vocals. Mauro Refosco (Atoms for Peace, Forro in the Dark), who has worked with the Red Hot Chili Peppers and someone called David Byrne, adds percussion. The horn section — Michael Leonhart on trumpet, Aaron Johnson on trombone and Douglas Wieselman on sax — boasts credits with Steely Dan, Antibalas, and Antony and the Johnsons, and the kaleidoscopic “MFN” features special guest vocals from the zany alternative performer-comedian Reggie Watts. (By the way, here is the eye-popping video for “MFN.”  I love it.) That’s a heady mix of cool players, and they work really well together to serve the sound of Cibo Matto.

Sometimes I wish the excellent drumming and percussion on Hotel Valentine wasn’t so digital-sounding, but what do I know? I’m sure most folks who will hear this record won’t find fault with that, and this is the modern world. It’s also Cibo Matto’s world and I’m very happy to be living in it.

p.s.: After writing the words above, I had the pleasure of seeing Cibo Matto perform live out in Connecticut on the first night of their new tour. They were really good and the nearly sold out crowd loved the band. Someone asked me if I hear any influence from Talking Heads’ Remain in Light and Tom Tom Club coming from Cibo Matto. Well, in a word, yes. I do. I don’t mean to say that Cibo Matto aren’t highly original artists, because they definitely are. What I mean to say is this: Isn’t it great that our bands, Talking Heads and Tom Tom Club, provided a new way of hearing what popular music could be and become, and that it’s still happening and cool after more than 30 years? Like we did, Cibo Matto is seeing and hearing many sources of inspiration and slamming together those musical goodies in a refreshing style. The joy, intelligence and optimism coming from Cibo Matto’s stage last night was completely artistic, undeniably infectious and real. Check it out, my friends — Cibo Matto will move your body and your world. 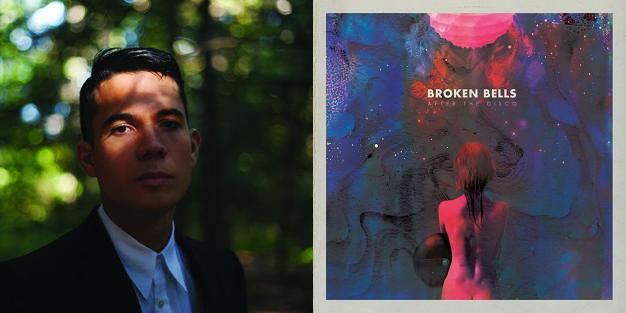