Do you remember Ten New Songs, Leonard Cohen’s masterful 2001 album? Well, here’s nine new and newish songs. By 2020, he might be down to three new songs, but he’s Leonard Cohen — the more he prunes, the better he is.

A few years ago, my son Teddy and I went to Leonard’s house for tea (as you do). On the way there, Teddy warned me not to genuflect or be sycophantic. In short, not to be my embarrassing self. Fat chance! Leonard lived, and perhaps he still does, in a very modest house. When we arrived there was all sorts of deli laid out. One of the high points of my life was Leonard Cohen exhorting me to eat, not that I need much exhorting.

After consuming my own weight in lox, I managed to speak to him alone in the kitchen. I spouted the usual stuff that he’s heard so often, but he accepted the compliments graciously, and his eyes were only ever so slightly glazed over.

Later, we all sat chatting, and it somehow came up that I was a slightly pushy mother. Seriously! Leonard leaned over and said to Teddy, “You think you have a pushy mother?” He proceeded to tell us that his mum would go into the Toronto record shops and get his records from the back of the display and put them in the front of it. I tried to look suitably shocked, though in truth, I’d done the same thing many a time. I think I would have liked Mrs. Cohen. At one point his manager dropped by. She seemed nice, but later it turned out that she nicked all his money.

Back to the record, which is very much a case of “if it ain’t broke.” Leonard Cohen is 80 years old and he is still singing about love and redemption. Some old people are drooling in front of the TV. And that’s just me. Popular Problems begins with “Slow,” which sounds to me like love in old age, though Leonard assures us it’s not — he “always liked it slow.” I believe that. And just when you thought nothing was “Almost Like the Blues,” along comes this song: a great title for a hypnotic paean to The World Today. Naturally, it’s about war, holocausts, atheism and, last but not least, the blues.

I love his vocal on “Samson in New Orleans.” I also like the way the intro sounds like it’s at the wrong speed. (Although that may have been because of my computer. I don’t want to say it’s old, but Alan Turing gave it to me.) Leonard always has a lot of religious imagery in his songs, and this track had me crying for Samson and Delilah, even though it’s about Hurricane Katrina nearly wiping out the Crescent City. “You said you loved her secrets/And her freedoms hid away/‘She was better than America’/That’s what I heard you say,” he sings. Indeed. “Born in Chains” has lots of hymnal organ, and with its allusions to the book of Exodus, reminds me that Leonard’s biblical references are mostly, maybe even wholly Old Testament, which makes sense, as he’s Jewish (besides being an ordained Zen Buddhist monk). So the phrase “brought out of Egypt” has great resonance for him. Me too.

On the bluegrass-flavored “Did I Ever Love You?” it never sounds to me as if he’s pining for the loss of someone — it’s a more amorphous longing and he sings with a less declamatory style. Love is so elusive. We all try to hang on to it like crazy but judging by “My Oh My,” Leonard seems to be awfully good at letting it go. The song has Stevie Wonder-like horns, but on Xanax. I don’t know what the Arabic lady is singing about on “Nevermind” but she reminds me of Umm Kulthum. In fact, I have no idea what this song is about at all. But I love it. “You Got Me Singing” is a fine way to close: “Even though it all looks grim/You got me singing/the Hallelujah hymn.”

If you’re looking for a critical review, look elsewhere. Leonard Cohen reaches the parts that lesser songwriters — and most are lesser — can’t reach. If you love Leonard, you know what you’re getting; if you don’t, what, are you deaf? 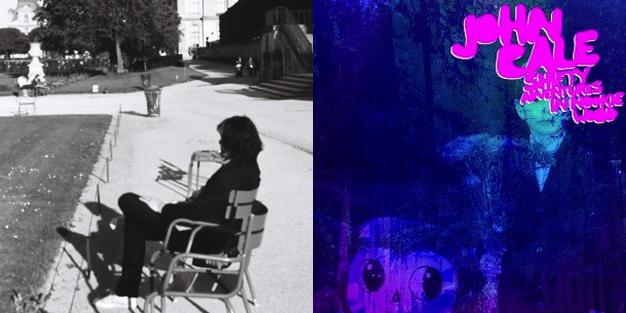