“The fault, dear Brutus, is not in our stars, but in ourselves, that we are underlings.”

Addressing indie nostalgia – the opening shot of Ten Thousand Saints is a bird’s eye night view of a snow-wrapped Vermont town at the holidays, cold and blue. It’s a stunning shot, enough to make you swoon – the wistfulness of childhood, reminiscence of your last romantic weekend trip out of town, remembering your life, or the life you always wanted. This kind of film can be aching and beautiful, and it’s Berman and Pulcini at the helm, so I’m excited for what’s next.

It’s the late 1980s. We meet two restless, skinny boys barely out of high school, best friends drifting about. They are Jude (Asa Butterfield), white and feathery, and Teddy (Avan Jogia), half Indian, with pluck. Their bond feels real. You like them. Enter Hailee Steinfeld as Eliza, an urbane teen mystery chick from New York, who has, due to some messy family matters, been at least partly raised by Jude’s wayward, pot-dealing dad Les (Ethan Hawke playing another of his patented immature charmers). It’s New Year’s Eve. There are adolescent parties to hit, beers to drink and drugs to do. Sparks fly, kisses are stolen, choices are made, and the unimaginable happens. Teddy is dead and Jude’s life is laid bare.

This extended prologue is the best cinema of Ten Thousand Saints. Now we thrust into a plot where everything stems from this tragedy, but the weight seems barely felt. Jude quickly moves from his mother’s tumbledown but cozy Vermont house to New York’s East Village to live with his Les in his tumbledown but cozy shotgun apartment. He initiates an erratic attachment with Eliza, bonding over Teddy’s memory. Eliza turns out to be more emotionally hectic than we thought, and Jude is struck by her complexity. Their connection is interrupted by the affection and lifestyle choices of Teddy’s half-brother, a hardcore straight-edge punk-rock squatter named Johnny (played by a spirited Emile Hirsch, who seems imported from a sexier, more mischievous film) who appears less grief-stricken for Teddy than he ought.

At its best, Ten Thousand Saints can be riotous – such as whenever Ethan Hawke (who seems to be adding a dash of Five Easy Pieces Jack Nicholson to his aging slacker persona) gets together with the wonderful Emily Mortimer, who plays Eliza’s wealthy, uptight mom. There are two splendid dinner table scenes featuring them with the kids. (I vote for Hawke and Mortimer to reboot The Thin Man!) Also, Mortimer and the luminous Julianne Nicholson, as Jude’s insouciant mother, share a couple of late scenes that are best in show. Craft, attention to detail, and a clear-eyed resolve.

But where’s the core of this candied apple? Jude. His character is relentlessly passive, and the film refuses to call him on it. Maybe most young teen white boys, by nature and nurture, are too sheltered from life’s rejection to articulate a lucid viewpoint, but film is filled with well-hewn specimens who work it out anyway. Recall Chris Makepeace’s keenly delicate victim in My Bodyguard opposite Matt Dillon’s surprisingly thin-skinned teen bully. You got bold bratty-teen with Chris O’Donnell’s mewling bro in Men Don’t Leave. Hawke did great awkward soggy boy in Dead Poet’s Society, with a kid so meek we can now see him as the most “against type” performance in his career. Then, of course, there’s the last stop on the train: 18-year-old DiCaprio in This Boy’s Life, which could have been titled This Boy’s Fury with all the clumsy confusion, hurting love, his unknown knowingness, and a big bag of hormones – often conveyed at the same time.

That’s why Ten Thousand Saints frustrates. Butterfield’s not a bad actor, but he’s deeply uninteresting, and his Jude seems to reset after every scene. Nothing sinks into him. Considering that his best friend is dead and he’s partly responsible, the nothingness he projects and the lack of obstacles he encounters are numbing after a while. People just give him things: a crowd-surf at CBGB, a prime spot in the band, the symbolic hope of the family. Maybe those aren’t hard ‘gets’ in real life? Especially if you happen to be the bamboo-armed white boy in the right place at the right time with the right facial placidity for folks to project onto it what they want. But this story isn’t about a lad shredding people’s expectations, since so few are placed on him. After Me and Earl and the Dying Girl, Paper Towns, and now this, I see tragedy brewing – indie films obligated to depict life as essentially comfortable for their dull white-boy leads who must encounter fun riot-gurrrls to give them a personality. Too bad it never works. The ethos of these films can be summed up as “stay affectless and abstracted and, despite calamity, nice things will still happen to you.” Is this situation a blip in the radar or a rotten sign of times? Do most kids today insist on banality? Is the indie industry apparatus too cynical to let directors give the audience a fair shake? Or maybe every generation gets the DiCaprio it deserves.

Luckily, Ten Thousand Saints is aware, and by the second half it maneuvers favor on others, especially Hailee Steinfeld’s Eliza. Every time its Hailee’s movie, it agitates and excites. You can see her character thinking through things. You wonder what Hal Ashby would have made with her. So it’s a drag that after a blow-up with her hapless dudes, she decides to wander into Tompkins Square Park during the night of the legendarily brutal homeless vs. police riots circa August 1998. Tompkins in that era was a place a smart teen girl would avoid on a calm night, so it’s disconcerting to see Eliza lose her wits so completely. Any other reason except so Jude can search and rescue? Le Sigh.

But Ten Thousand Saints is a Berman and Pulcini, so it’s a smart and gentle film that rewards patience with heartfelt generosity. We get a lovely coda where Eliza gets all her agency back and then some, plus a final image worth the price of the ticket. That’s no bad thing in a nostalgia piece. And it got me happily planning my next weekend getaway somewhere in the Northeast. Beacon, New York…New London, Connecticut…Providence, Rhode Island…any place where the bird’s-eye establishing shots are beautifully cold and blue. 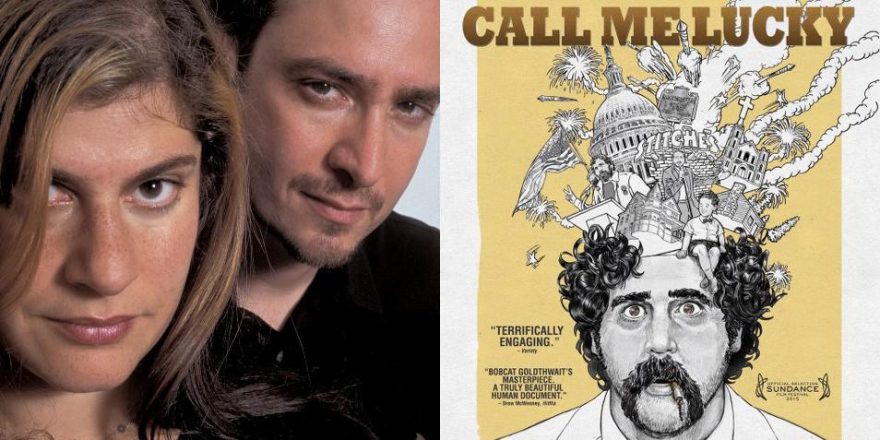