They told me I could write whatever I wanted and since this is most likely the only time I’ll ever write about someone else’s record, please forgive me if it appears that I don’t know what I’m doing… because I don’t.

I first heard Laura Marling a few years back when some friends and fellow songwriters sat me down to show me a video of a song called “New Romantic” that they were raving about. They kept going on about how young she was, but I didn’t really see the relevance in that, considering how young artists such as Joni Mitchell, Bob Dylan and Laura Nyro (to name just a few) were when they were writing some of their landmark songs. They were old souls and seemingly uninterested in writing about frivolous things.

I’ve never met Laura although I did get to see her perform once at the BBC Radio 2 Folk Awards in 2011, and I got the sense that she, too, is an old soul. Everything I heard seemed so fully realized and deeply poetic. Her singing and guitar playing reminded me of a time when it came as no surprise that artists would also be great at accompanying themselves, writing their own songs and stopping time in the process.

After hearing that one song, I went on a bit of a Laura Marling binge, trying to hear as much as I could and taking in all the various clips I could find on YouTube. Each record gave me that feeling I used to have as a kid — and still do, depending on the artist — when you look forward to hearing each new batch of songs because a trust has been made and you’re just curious to know what’s on their mind these days. Sort of like getting a phone call from an old friend, I suppose.

This new album Short Movie, Marling’s fifth in an impressive series of records, finds her in new electric territory but with that singular vision intact. It has a darkly atmospheric sound that takes me to an almost nightmarish world, as in “False Hope”: “A storm hits the city and the lights go out before I can prepare/The whole of downtown looks dark like no one lives there.” It’s a place where even love can’t be trusted, as in “Don’t Let Me Bring You Down”: “Love seems to be some kind of trickery/Some great thing to which I am a mystery.” The entire album’s filled with the kind of lyrics that inspire contemplation and invite you to linger awhile with each line, as in the best poetry.

But the stars of Short Movie, as with all Marling’s records, are simply her voice and her guitar playing. They’re always front and centre where they should be and, happily for me, none of the arrangements get in the way or distract from what is essentially a singer-songwriter album in the classic sense.

It’s a little-known fact that I’ve always gotten along better with girls than boys, and so in the same way that I’ve gravitated towards male songwriters who have a feminine component to their work, I’ve always been drawn to female songwriters who write songs that are emotionally tough and fiercely individual — sort of like the musical equivalent of a beautiful tomboy, if that makes any sense.

I was actually reminded of a story from my youth while listening to this record and, as I said earlier, I don’t really know what I’m doing here so feel totally free to skip over this upcoming personal anecdote — I will not be offended in the slightest.

Back in grade 2 one day we had a supply teacher (that’s a substitute teacher, for all you U.S. folks) who, from the moment we laid eyes on him, gave off this decidedly uptight and angry vibe. Children are pretty good at picking up on grown-up vibes, and I was certainly no exception. Anyway, early in the class, I realized I had lost my eraser and so I asked the guy next to me (whose name, I think, was Lawrence) if I could borrow his. Even though I whispered, Mr. Supply Teacher slammed a ruler on his desk and told me to be quiet. In my defence I said, “I was just borrowing an eraser.” At this he literally sprang out of his chair, charged at me, grabbed me by my sweater and violently yanked me out into the hall where I guess I was supposed to stand there and think about what a horrible thing I’d just done.

As I stood there alone, I noticed that the sun was shining right at eye level in the hallway window outside the classroom. At this time in my life I had worked out in my mind that if there was a God he was most likely hiding behind the sun, for the sun was everywhere, and besides, how else could God keep an eye on everyone down here? Well, it made sense to me. And so I had gotten in the habit of talking to the sun on my way to school like a friend — nothing too important, just things like “Oh, there you are, how are you today?”

And as I stood in the hall I started saying to the sun, “Can you believe this? I was just borrowing an eraser!” or words to that effect, when all of a sudden Mr. Supply Teacher came storming out into the hall demanding to know who I was talking to this time! When I nervously pointed towards the sun, he once again grabbed my arm and dragged me back into the classroom, this time making me stand in the corner. My classmates must’ve been too intimidated to laugh at the horrible day I was having, for nobody made any sound whatsoever.

Later on that day at recess, I was still in shock, I guess, and sitting by myself in a corner of the playground, when a girl from class whom I’d never spoken to before came up to me and said something along the lines of, “I don’t like that teacher at all, he’s a big jerk,” and then gave me some of her penny candy.

For me, Laura Marling is kinda like that girl in the playground, saying to me what nobody else is saying to me and offering me some of her penny candy. 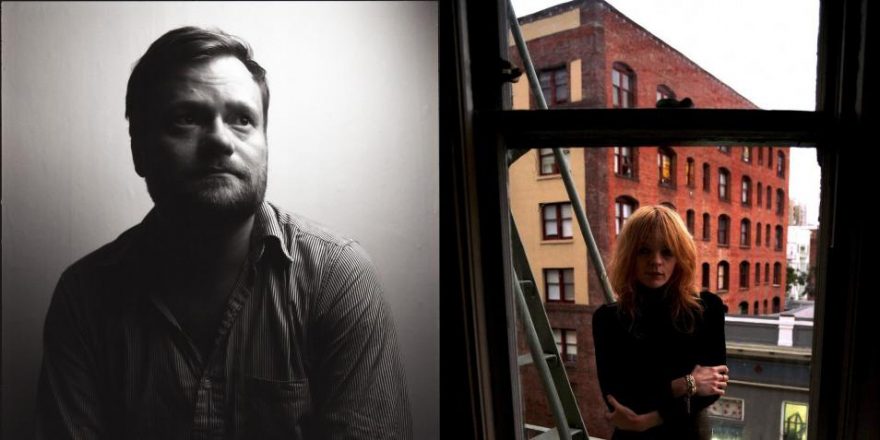