I can see why Spike Lee put his name on Manos Sucias, an intense moral thriller by Josef Kubota Wladyka: the film has an energy and roughness hewn together with a DIY sensibility that feels flashy and gritty. This is The Treasure of the Sierra Madre meets Sean Baker and Shih-Ching Tsou’s Take Out.

Turns out Wladyka spent years researching Afro-Colombians in Buenaventura, immersing himself in the culture and working with theater students from the Universidad del Valle Sede Pacifico. The end result feels like a film born and bred out of community collaboration.

This means that the acting occasionally slips out of subtlety and some narrative moments feel contrived, clashing with the hand-held realism of the cinematographic treatment. But who cares? We can forgive these contrivances for the sake of the bigger picture. The story has a weight and humanism that upend the “South American drug-trafficking” trope. This isn’t De Palma’s Scarface. Of course, there are other films (Sin Nombre, Narco Cultura, Miss Bala, Maria Full of Grace, to name a few) that explore the human side of a faceless, ripped-from-the-headlines subject matter, but Manos Sucias looks at it from the point of view of two drug mules from the bottom rungs of the social ladder.

Right from the get-go, we are thrown into a classist society that uses endemic racism to subjugate the darker-skinned. “There are no blacks in Bogotá” is oft quoted throughout the film, suggesting that our main protagonists are destined to be invisible slaves eking out an existence in the shadows and mangroves and shanties on the outskirts of the big city.

Delio (Cristian James Abvincula) and Jacobo (Jarlin Javier Martinez), two twentysomethings from Buenaventura, Colombia’s largest port city, take a job to deliver cocaine, stuffed in a narco-torpedo, to a drop-off point in the ocean off the Colombian coast. Things don’t go as planned. Innocent lives are taken. Violence is part and parcel.

There’s more to be said about the visual and auditory motifs in this film, like the use of ocean and water to connote mystery and the opacity of fate, or the motor soundscape as tension-builder, but I’d like to highlight two of my favorite scenes from the film. Incidentally, these are scenes that have almost no dialogue, playing out in cinematic acuity.

In what could have only been devised through on-the-ground research, one of the most riveting sequences — using sound, cinematography and editing with urgent precision — is a scene in which Delio and Jacobo try to escape the police on a railway track using the brujitas. Brujitas are repurposed motorcycles attached to wooden platforms that run on unused train tracks. The scene takes place on a track that cuts through jungle and tunnels. The police are riding their own brujitas. A chase ensues. There is no music, just the drone of the motorcycles and the scraping of metal on rails. I was reminded of the speeder bike chase from Return of the Jedi. Upon reviewing that scene, I can glean that my subconscious association was recalling adolescent images of point-of-view speed-chasing through jungle, mixed with the roar of engines. The brujitas is a DIY Endor speeder bike. The police are gaining on our protagonists when we enter a pitch-black tunnel. How will this scene end, we wonder? It’s fantastic.

Endings are huge for me. I think I may have mentioned this in a previous Talkhouse talk, but it doesn’t hurt to reiterate that an ending can make or break a film. In Manos Sucias, it made the film for me. In the final sequences, Delio, who goes through an innocence-to-experience trajectory, confronts his greatest moral challenge in becoming a man. Throughout the film he poses as a wannabe gangster, awkwardly wielding a gun and rapping about his tough origins, but in his heart Delio is just a young man who wants to find success to support his girlfriend and baby son. Smuggling a narco-torpedo is merely a way out for him. In the film’s most emotionally charged moment, Delio must decide between two fates. I can’t be more specific, you’ll just have to see the film for yourself. But as Jacobo and Delio escape by boat, cutting through brisk waves in magic-hour dusk, with the engine motor as our droning soundtrack, Delio counts a rolled-up wad of cash. Jacobo gives him a hardened glance. Delio looks up at him, hand gripping money. We feel the weight of their journey, wrapped in a pitiful roll of paper. And we abruptly cut to black. 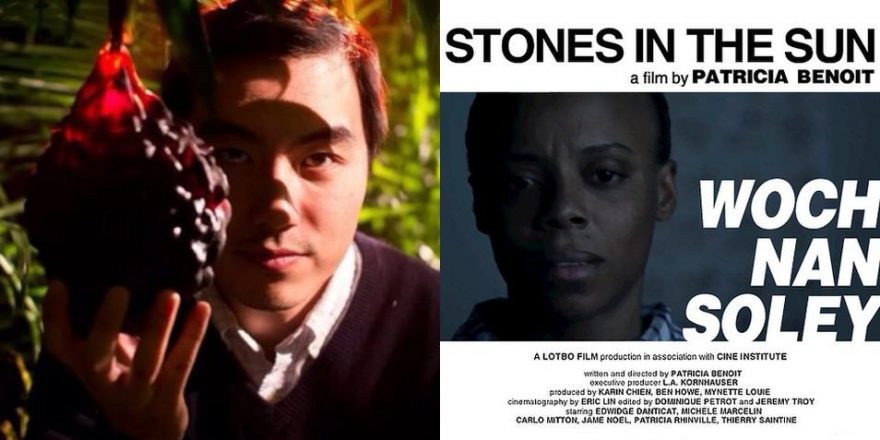