Jill Magid’s debut feature, The Proposal, is in select theaters through Oscilloscope from May 24. American artist and writer Magid’s work is deeply ingrained in her lived experience, exploring and blurring the boundaries between art and life. Through her performance-based practice, Magid has initiated intimate relations with a number of organizations and structures of authority. She explores the emotional, philosophical and legal tensions between the individual and “protective” institutions, such as intelligence agencies or the police. To work alongside or within large organizations, Magid makes use of institutional quirks, systemic loopholes that allow her to make contact with people “on the inside.” Her work tends to be characterized by the dynamics of seduction, the resulting narratives often taking the form of a love story. It is typical of Magid’s practice that she follows the rules of engagement with an institution to the letter – sometimes to the point of absurdity. She has had solo exhibitions at institutions around the world including Tate Modern, London; Whitney Museum of American Art, New York; Berkeley Museum of Art, California; Gagosian Gallery, New York; and the Security and Intelligence Agency of the Netherlands. She lives in Brooklyn.

While chaperoning my film The Proposal along the festival circuit, I was asked by the Dia Art Foundation to participate in its “Artists on Artists” series in which contemporary artists give informal lectures, talks or other presentations focused on a single artist represented in Dia’s permanent collection, exhibitions, or programming. I chose the Belgian filmmaker Chantal Akerman. News from Home (1977) was the only film I’d watched in preparation for making The Proposal, my first feature-length documentary. Laura Poitras, my executive producer, suggested I see it because of its epistolary structure. Letter-writing is at the heart of my artistic practice, and a three-year correspondence with a female interlocutor was to be the backbone of my film. News From Home gave me a kind of foundation, but I didn’t return to Akerman until the Dia opportunity came up.

I used an invitation to show my film in a festival in Sydney, which included a business-class airplane ticket, to immerse myself in Akerman’s work. I bought a DVD player and box set of her ’70s films from Metrograph. I liked the idea of using the 24-hour flight as an art residency. How many Chantal Akerman films can one watch while reclined in a leather pod on an airplane? As it turns out, a lot. I rewound parts when I got tired, or let just them play, incorporating them into my dreams. Her films almost feel like dreams anyway, or haunt like them.

I watched the documentaries named after cardinal directions (D’Est, Sud, De l’autre côté, Là-bas) on the way there, inside the day I gained at the international dateline, and the fictional film Les Rendezvous D’Anna (1978) on the way back, during the day I lost. The documentaries are travelogues, documents of migrations and attempted migrations. That sense of rootlessness is part of Anna’s character. Anna is a portrait of a woman, and as a young filmmaker and the Belgian-born child of Holocaust survivors, she is a stand-in for Akerman.

Anna is mostly alone, [with a vacant expression] walking through a train station, riding on a train, staring out the window, or lying in her bed in a hotel room. She is in between film and between meetings with other lonely individuals. Her rootlessness goes perhaps too far beyond freedom.

Anna travels from one European city to another to introduce screenings of her movie, which we never see or learn anything about. Nor do we witness her encounters with audiences. In following my own film peripatetically, I identified with Anna, and through Anna, with Akerman.

Not long after, I got another invitation, this time to make an exhibition at M Leuven, an art museum in Leuven, Belgium. The museum has both a contemporary and an ancient art collection. Searching through these collections online, I discovered one of its gems: a triptych from the 15th century by the Flemish artist Dieric Bouts. Never mind the central panel’s depiction of the Last Supper, or the triptych’s two wings, each of which represent scenes from the Old Testament. The triptych immediately reminded me of a storyboard for a Chantal Akerman film. It was subdued, with a greenish-grey palette; the landscape and room were staged symmetrically, and the faces of the characters within it were emotionless and unaffected. Bouts earned his moniker, the “Painter of Silence,” because of this. Jesus’ expression, or lack of, reminded me of Anna.

The relationship between the Akerman and the Bouts felt instinctual, but then immediately stupid: The comparison felt too formal, like an aesthetic exercise. I almost let it go. But reading further, I learned the triptych had had quite a history. While the central panel has remained in roughly the same spot in Saint Peters Church in Leuven for the last 600 years, the triptych’s wings have experienced, or suffered, a series of migrations. In 1707, the wings were dismembered and sold in Cologne; two panels went to a museum in Berlin, the other two to Munich. They hung in those collections for more than a hundred years. Then, during World War I, the Germans burned down Leuven’s old library, destroying everything within it. In 1909, the wings became war reparations, and their return to Leuven was even articulated in the Treaty of Versailles. This must have pissed off the Germans, because 20 years later, in 1942, the Nazis stole them back. Two soldiers entered the church and took the wings, leaving the central panel in place, and buried them in the salt mines of Austria, where Hitler kept his collection of looted art for a future museum in his name that never came. Three years later, the Americans found the wings in the mine and returned them again to Leuven. They have been there since, in the church, hinged to either side of the central panel.

Their stability bothered me, like a comma abruptly replaced by a period. The triptych’s stasis is even mirrored in the way it is displayed. The church presents the triptych with the wings open, but that wasn’t the original intention. In the 15th century, the priests used the triptych performatively — one might even say, cinematically. Opening the wings was an event, a kind of spiritual reveal or escape, which happened during mass or on special occasions.

Both Anna and the wings had been set into motion because of the war, and I felt a strong desire to put the wings back into motion, to let them continue their migration. Only I couldn’t figure out where they should go, or precisely which questions their renewed movement might provoke.

Then the third invitation came: a film festival in Belgium, proposing two screenings in two different cities, a few days apart. The itinerary mirrored that within Anna. I saw the invitation as an opportunity to follow these trajectories, even as I was unsure of the direction, or what exactly what I was hoping to find along the way. Anna begins in Essen, takes a train to Cologne, then Brussels, and finally to Paris. I decided to follow my film as Anna follows hers and to make something new.

Up until my departure, I wondered if I should go to the cities Anna does, or follow the path of my own screenings, or follow the migration of the wings. Some cities overlapped in these itineraries, but not all. I watched the film again, and there, inside it, was my answer: A detour. Anna is on a train from Cologne to Brussels when it stops in Leuven. The sign over the platform is only clear when you pause the film, otherwise it passes by in a blue blur. Anna does not get off the train. But I did.

The central panel of the triptych depicts a room with two windows along one of its walls. As the room is painted in one-point perspective, the windows are strongly askew. Inside the room, the Last Supper is taking place. Anachronistically, the view through the windows is of the main square in contemporary Leuven — contemporary, of course, to when Bouts painted it in 1478.

From the train station in Leuven, it is a quick walk to the main square. The landmark City Hall still looks as it did when Bouts painted it more than 500 years ago. There is a hotel on the corner, overlooking City Hall and Saint Peter’s church, where Bout’s triptych is on view. I booked a room with two windows facing the square. I made sure it had a curtain.

I am not interested in re-performance or retelling a story as much as I am in entering these narratives as a system and taking them somewhere else new. Is that possible when one of the systems is a fiction, and the other are paintings in a triptych? There’s a pregnant space in the gap between what – or, more precisely – when is outside the windows of the room in the central panel and what is inside of it. What happens if I fold the central panel and the film together? What might that set into motion?

My favorite scene in Les Rendezvous takes place in Germany, in the first of Anna’s three hotel rooms. Like the panels of the triptych, Akerman’s shots in Les Rendezvous are always fixed and centered like a stage set, unless they are tracking Anna. Then Anna is centered. When Anna first enters her hotel room, the shot is stable, the door centered behind her. Jump cut. Anna approaches a window, covered by a curtain. Akerman tracks Anna as she pulls the curtain from one side of the room to the other, revealing two windows and the city beyond it. Anna pauses for a long time in front of the second widow, looking out through the glass before opening it. The window is double-paned, and opens like a triptych.

Jill Magid’s debut feature, The Proposal, is in select theaters through Oscilloscope from May 24. American artist and writer Magid’s work is deeply ingrained in her lived experience, exploring and blurring the boundaries between art and life. Through her performance-based practice, Magid has initiated intimate relations with a number of organizations and structures of authority. She explores the emotional, philosophical and legal tensions between the individual and “protective” institutions, such as intelligence agencies or the police. To work alongside or within large organizations, Magid makes use of institutional quirks, systemic loopholes that allow her to make contact with people “on the inside.” Her work tends to be characterized by the dynamics of seduction, the resulting narratives often taking the form of a love story. It is typical of Magid’s practice that she follows the rules of engagement with an institution to the letter – sometimes to the point of absurdity. She has had solo exhibitions at institutions around the world including Tate Modern, London; Whitney Museum of American Art, New York; Berkeley Museum of Art, California; Gagosian Gallery, New York; and the Security and Intelligence Agency of the Netherlands. She lives in Brooklyn. 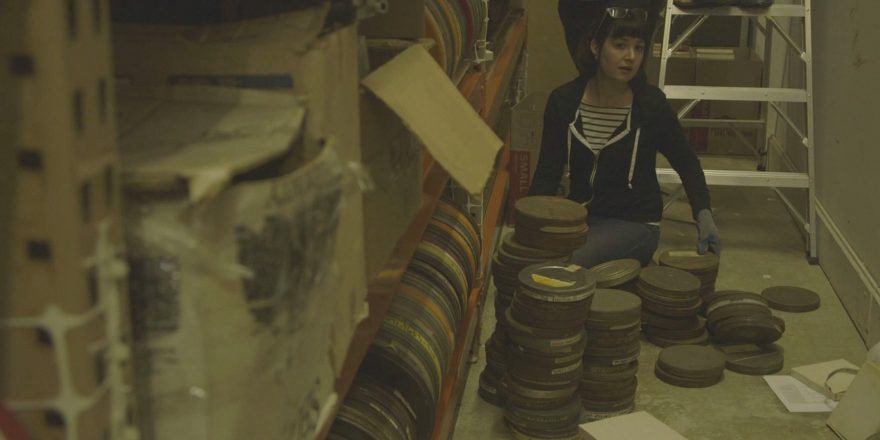