Pamela B. Green is the director of Be Natural: The Untold Story of Alice Guy-Blaché, which is now in select theaters through Zeitgeist Films and Kino Lorber. In 2005, Green founded PIC, an entertainment and motion design boutique based in Los Angeles, California. Nominated for an Emmy for the documentary Bhutto, Green has produced main titles, created and advised on internal story sequences and marketing campaigns for films such as the Bourne series, Fast and Furious, The Muppets, Rings and several Marvel comic-book franchises. She has also worked on films such as The Cabin the Woods and The Kingdom. For television and streaming, she has created titles for Supergirl, The Flash and Quantico among many others. She lives in Los Angeles.

When I started working on Be Natural: The Untold Story of Alice Guy-Blaché, I had no idea what I was in for. I just had passion, love, and admiration for Alice: a woman who directed one of the first narrative films ever made; wrote, directed or produced 1,000 films in her 22-year career; built her own film studio and made films with early synchronized sound; pioneered techniques such as closeups, split screens; and dealt with subject matter such as race, immigration, birth control, gender inequality. … The list was mind-blowing.

She seemed like a character in a novel, as if she wasn’t real. I was captivated and eventually became obsessed with her and her accomplishments, but I was discouraged from making a film about her by people who said, “What do you know about cinema? What do you know about documentaries? Did you go to film school? How are you going to get the money? It’s going to take you years! It’s a dead end. No one cares and it’s a waste of time. You won’t find anything and you don’t know what you are doing!” 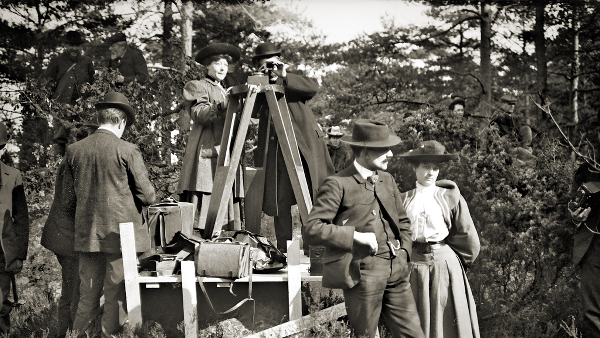 At the time, I thought maybe they were right. I had never made a film, and didn’t go to film school. I am a self-made professional in the entertainment industry and learned on the job. With each project, it seemed there was a constant questioning of my abilities and I felt I had to prove myself again and again, no matter how hard I worked.

I have been in Los Angeles since 2001; I had done everything from cold-calling, sales and research to creative directing and producing as part of my day job, which consisted of working on major motion picture film and TV title sequences, movie trailers, posters, and stock and archival footage. So the tools were there when I started to work on Be Natural almost a decade ago … but I still doubted myself. I faced mansplaining daily and felt uneducated when industry people would exclaim, “I can’t believe you haven’t heard of this director/writer/movie …”

Could I really do this?

I kept looking at a young photo of Alice and I could almost hear her say through her picture, “I am being misrepresented. There is more to me. Help me tell my story.”

I thought I was going to do a little research, find some stuff and be done in a couple of years. Yeah, right! 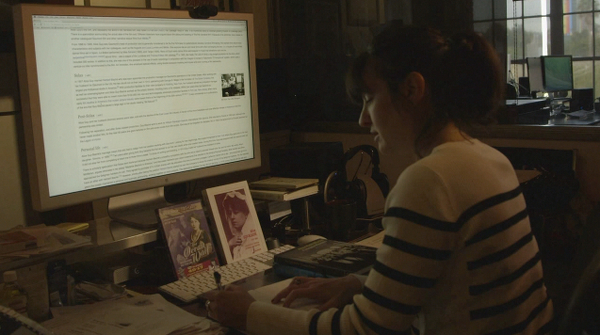 Over the eight years we spent working on Be Natural, we found seldom-seen footage of televised interviews and long-archived audio interviews, which can be heard for the first time in the documentary, not to mention numerous rare photos, letters and home movies. These years of research and hard work had real meaning to me. I wasn’t just documenting her story: with each new discovery, I was rewriting the history of early cinema.

We became Alice’s personal messengers and advocates, allowing her to really tell her own story for the first time through her real voice and her own never-seen-before writings. She was a key historical figure now taking her rightful place alongside the Lumières, Edison and Méliès. We also found several of Alice’s films that were previously thought to be lost or severely deteriorated, and made a point of showcasing as many of her films as possible in Be Natural, so that people would get a strong sense of the versatility and scope of her work.

I was personally transforming as the discoveries were being revealed before our eyes. I was becoming more confident as the research lifted me up and gave me hope. And because of the incredible treasures we were finding, we received support from people like Robert Redford, Jodie Foster, Hugh Hefner, Geralyn Dreyfous, Regina Scully, Jamie Wolf, Abigail Disney, Elaine Thomas, Barbara Bridges – notice the trend of women philanthropists? – who had the vision to see what I saw, and its importance. I wasn’t alone anymore. 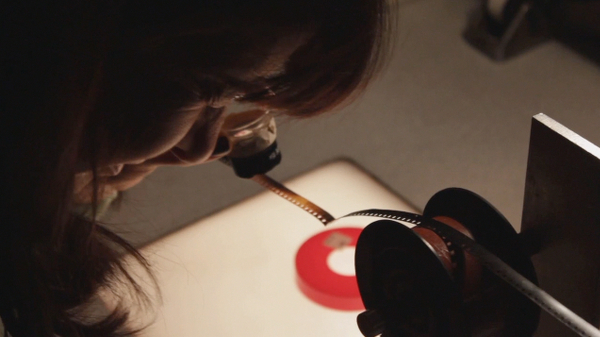 However, even after taking on so many roles to keep this film going – director, co-writer, producer, editor, researcher, fundraiser – I still felt like I’d made a horrible mistake. Was anyone going to see this documentary? Had I done what I set out to do for Alice? I was scared.

I wanted to give up so many times and almost lost faith, but then people around the world kept telling me to keep going. It became a movement on social media, people were engaged and in awe, and their energy and positivity gave me the much-needed strength to keep going.

When you are working on something as massive as restoring someone’s legacy, it’s hard to know when you’ve done enough. I’ve struggled to step back and actually appreciate what I’ve done. For me, the work is never over. There are always mistakes out there to correct about Alice, and because I’m a perfectionist I still see imperfections in my own film.

Despite my fears that I was not good enough, I got some validation and my dream came true: the film was accepted to the Cannes Film Festival, something I’d fantasized about for five years. I had been to Cannes before and vowed never to come back unless I had a film there. It was the beginning of bringing Alice back into the spotlight: the most prestigious film festival in the world had accepted Be Natural, and accepted me too. But I was terrified I was going to fall flat on my face. The movie was far from done when we got accepted – I still had the last 40 minutes to cut, and I had no funding, as no one knew if it would make it to Cannes. It was a mad rush to finish it. In amongst it all, my dog died and I had a lung and ear infection, but I just kept going. People were running around my house like it was a busy restaurant, working night and day.

We barely made the deadline.

When we were on the red carpet, I was shaking, and scared, feeling unsure about what was even going to be on screen. Thierry Frémaux, the director of the Cannes Film Festival, was waiting at the top of the stairs to take us into the screening. I sat down for the 120-minute movie in a puddle of sweat. All I saw were the mistakes – what if they hated it!?

I was wrong to worry – the audience laughed and cried together and stayed to the very end – even staying for the final clip in the end crawl, a title animation from one of Alice’s films, and they screamed “Bonsoir” as it was spelled out on the screen. The lights went up, there was a standing ovation, people were crying and thanking me for making the film. I started crying too, as I felt all the hard work, sweat, and tears rising to the surface. I couldn’t hide it anymore. I was emotionally invested in my work and touched that other people were too. 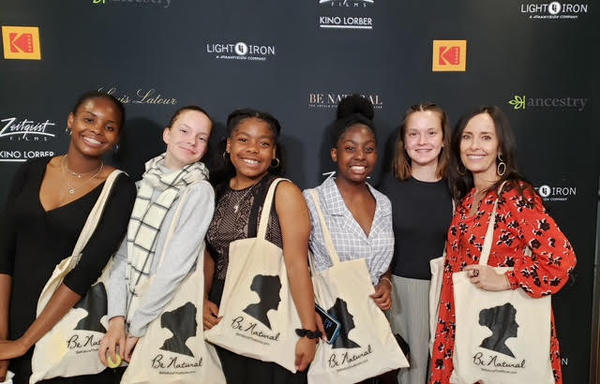 Once I had finished Be Natural, I became a different person. I am still determined, passionate and strong and I still have doubts, but I now know and understand that making this film – and in the process becoming Alice’s champion – was something I was meant to do. It has been incredible to see how moved women are by Alice’s story. And recently, at Be Natural’s Los Angeles premiere, it was great to see how inspired young girls are by Alice! Alice has been missing as a role model – as a mother, a creative force, an entrepreneur and an important filmmaker, screenwriter, producer, and teacher. We have only just begun to restore her legacy. The dream would be to find more films and to continue to inspire others to be like Alice.

As for me, I am still a work-in-progress. But I am excited about what I have learned from the school of Be Natural, and look forward to moving full-speed into my next adventure!

Pamela B. Green is the director of Be Natural: The Untold Story of Alice Guy-Blaché, which is now in select theaters through Zeitgeist Films and Kino Lorber. In 2005, Green founded PIC, an entertainment and motion design boutique based in Los Angeles, California. Nominated for an Emmy for the documentary Bhutto, Green has produced main titles, created and advised on internal story sequences and marketing campaigns for films such as the Bourne series, Fast and Furious, The Muppets, Rings and several Marvel comic-book franchises. She has also worked on films such as The Cabin the Woods and The Kingdom. For television and streaming, she has created titles for Supergirl, The Flash and Quantico among many others. She lives in Los Angeles.