My brother Rashaad and I were raised in a single-parent household by our father. He was a very educated man, a lawyer by trade, charming, charismatic and fun to be around, but he struggled, as most single parents do, raising children. He succeeded in many respects, primarily by keeping us out of trouble, providing a roof over our heads and putting food on the table. And he is undoubtedly the reason my brother and I are filmmakers today. Trying to mold us into doctors and lawyers backfired, but after a two-decade-long fight, and many grey hairs later, he came to support our artistic endeavors. Up until the day he passed, I still think he secretly believed my brother would end up going to law school and I’d be a starting pitcher for the New York Mets.

My father was no slouch, a hard-working man, an intellectual, a “finish the Sunday New York Times crossword” type. Once he had my brother and I, there was never a dull moment. He was a proud father whose main goal was to raise men, by any means necessary. He wanted manly men; not the bearded Williamsburg kind, but the arm-wrestling, no-crying-in-baseball kind. He had a tough job trying to raise not one, but two, first black presidents. I think we lost that race. My dad was a kind and loving soul, but he had his ways. I’d say he was a revolutionary trapped in a working man’s body, plagued by the daily grind, the nine-to-five rat race, which he fought so hard to rebel against. We lived in a state of fear for the better half of our adolescence, fearing that voice of a grizzly bear – my dad was no small man. When he spoke, everyone listened. When he worked as an attorney for the Department of Investigation, he also carried a weapon, which made all the listening more necessary.

Baseball was his escape, that and his boys. He watched 162 ballgames a year, plus reruns and post-season play. His father, my grandfather, didn’t encourage sports, so my father was determined to right that wrong and ensure excellence in our household. The most vivid memory I have is of losing a baseball game after I took a called strike three with runners in scoring position. Losing wasn’t the problem, it was how we lost. To my father, leaving men in scoring position, without attempting to swing at the last pitch, meant that I’d let everybody down: my teammates, my coach and, most of all, myself. This was the ultimate no-no in our house – that and getting caught stealing third base with less than two outs. The punishment, or “lesson,” as he would have it: I was to take 200 swings in our living room after the game. My dad verbally shouted pitches as I formed blisters on both hands. Let’s just say I didn’t strike out looking too much after that.

What I realized as I got older was that my father didn’t have a choice. He did what he thought he had to do. He had to be strict in order to maintain order in the house. He feared it would be overrun, so the only way to stop the inevitable was to come down hard on us. He didn’t know it at the time, but by doing that, he created his filmmaking sons. The lessons my father was trying to instill in us were all the qualities necessary for us to become independent filmmakers: To lead, not follow. To have a deep, unrelenting passion, determination and commitment for what we believed in. To fight for things we cared about, no matter how unrewarding the outcome could sometimes be. To love with an open heart, face our darkest fears, and to have joy and excitement for the little things. To be ourselves and to know that you win some, and you lose some, but that there’s always another game tomorrow.

Rashaad was the first to rebel. After he was accepted into Dartmouth, my dad thought he finally had molded his soon-to-be-President of a son – until, of course, my brother declared drama as his major. The war in the house began, but my brother was too far away in New Hampshire to have to deal with the wrath, which I witnessed as I stayed home for college. Rashaad’s decision tortured our father; he didn’t understand, he just didn’t get it. He kept thinking, “It must be a phase, it’ll pass.” My brother’s performances as a theatre actor quickly turned into stage readings; as he began to write and develop his craft, his career as a screenwriter began to quickly take shape. The war continued, but was periodically swallowed up by another invitation to another performance. Rashaad was successful at drowning out the fear, the noise, in pursuit of the only thing he ever loved: drama. He now has not one, but two MFAs from NYU (Acting and Film), a feature film that he wrote and directed under his belt (Gun Hill Road), and has directed episodic television. He has traveled to festivals around the world with his films, in constant pursuit of his dreams.

During the time my brother was first making films, I was still following the path my dad had set out. I found my way to Wall Street, playing it safe and making my father proud. He could finally brag to his friends about what his son was doing, where I was working. But I was deeply unhappy, and my misery manifested itself in myriad ways until one day I finally realized my father wouldn’t be around forever. I saw that if I kept denying my truth, I’d wind up as empty as the Excel spreadsheets I was generously paid to maintain. I left that job for film school three years ago, and have since written, directed and produced movies with my brother that have screened all over the world, including the Cannes, Sundance, Tribeca, Telluride and Los Angeles Film Festivals, and have been televised by HBO and Condé Nast.

In Miami two years ago, I sat in the passenger seat of my dad’s car after a screening of my film Stone Cars. It was the last festival we would attend together; he passed away a few months later. He turned to me and told me how proud he was of my brother and me. He meant it. It’s not that I didn’t know it the whole time, but it still broke my heart to hear him say it out loud.

Russell Friedenberg (Among Ravens) Talks Making Films as a Family 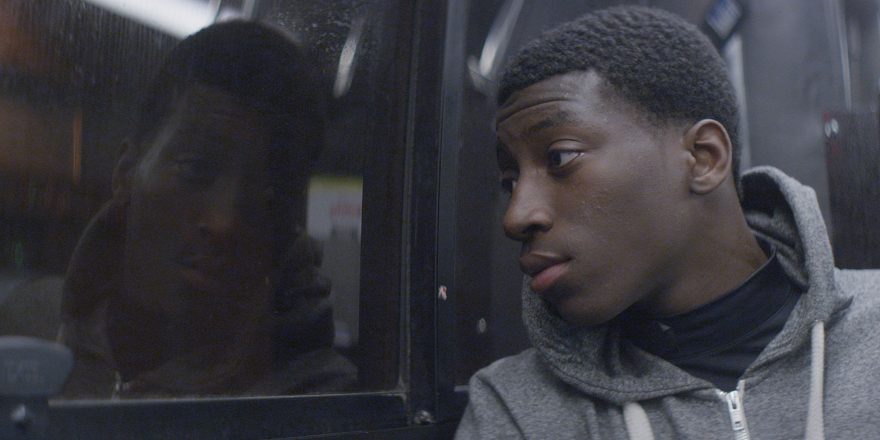 You’ve Made a Successful Short Film. So, What’s Next?