Daniel Pujol makes music recordings, tours, and writes poetry. He graduated from Middle Tennessee State University in 2008 and finished his Masters in Global Affairs at the University of Denver in 2012. Daniel currently resides in Nashville, Tennessee with two rabbits. You can follow him on Twitter here and visit his website here.
(Photo credit: Jamie Goodsell)

A few weeks ago, I was in this warehouse with a noise artist, and he goes, “Why does everything have to be innovative?”

It was a great contrarian point within our conversation about the Genre Jam Renaissance Fair. It’s stuck with me. It’s not a question to be agreed or disagreed with, really, it’s just something to consider.

So I’ve been considering it in regard to this David Duchovny album, Hell or Highwater. This album isn’t reinventing the wheel, and maybe that’s not always bad. Stay with me now. It is using the wheel to get somewhere, in a very contemporary fashion, that a lot of people dig.

So, for starters, Duchovny is just playing by the rules.

You see, if people my age and younger can download ZIPs and RARs of obscure albums and artists throughout the global history of recorded music and reappropriate those aesthetics, mythologize their narrative devices as signifiers of authenticity, and act them out ritualistically, why can’t Duchovny not reinvent the wheel? The answer to that probably boils down to personal preference.

Sure, the RAR and ZIP experience of time and conveniently grasping culture inward like a pool drain augments the wheel, but does it really reinvent it? Or just how we experience the wheel? How we feel about the wheel? Not the wheel itself. Damn, did it?

You know, there’s plenty of far-out music going on everywhere for people obsessed with innovation. This is not their album.

So again, I ask, “Why not?” as a test to myself, so I don’t just say “mediocre dad-rock” and type some Botox-stay-young-forever-faux-Futurist bullshit about this record.  As an artist, I have my own answers to that question, but they’re my answers for my stuff, not Duchovny’s.

So, for the sake of this piece, I’m going to treat this like a different beast, one of narrative utility occurring within an established format, and ride that pony under the microscope. I’m thinking one guy, saying some stuff into a microphone, for better or for worse within the confines of a culturally established artistic framework: the rock album. Not “this-rock” or “that-rock,” just “rock-rock.”

This album seems to come from a place where the idea of making an album serves a certain cultural function. Duchovny inserts his “rock album agency” into a mid-20th-century, sunset-staring, male singer-songwriter archetype with a little 2D social commentary.

That’s not a criticism, it’s an observation. Remember, he’s primarily an actor who just started playing guitar; however, he has a legit writing background. Which, to me, makes that choice even more interesting, because he almost has a Ph.D. Why grab for that archetype?

Now, my criticism on the words front is that, because I know this guy almost finished a dissertation titled “Magic and Technology in Contemporary Fiction and Poetry,” and his senior thesis was about Samuel Beckett, he could’ve gone way, way, way more far out with the lyrical presentation of his ideas, and I wish that he would’ve. The world could’ve handled it. He should make another album on a Tascam or Garageband when he does.

However, the lyrics do strongly communicate what David likes, and he uses what he likes to communicate. There are references to the Beatles, Dylan, science, etc. For instance, “The Rain Song” has got this cute little lyrical nod of, “Hey, maybe the Beatles are an expression of some essential perennial philosophy in our debatably secularized and increasingly inclusive advanced capitalist society, baby”:

Remember, all that just happened on a beach towel. It’s got a sense of humor while addressing some unknown second party. I wish the overall production allowed more of those potential subtleties within the narrative delivery to breathe. Even my least favorite track, “3000,” has some humor. Duchovny managed to temper this 20th-century binary, early 2000s-style, ahistorical, 24-hour news cycle media over-simplification with some humor. He goes from:

Rapid modernization and post-WWI and WWII border-redrawing aside, the humor informs me that he likes the 20th-century protest/normative political poet archetype, but he doesn’t think he is that. Like I said, I think he’s playing by what he thinks the rules are in a way he enjoys.

Here’s one more for fun from the title track:

There are a few pretty good lines on the album, so I’m lobbying for a Duchovny II with an emphasis on Creative Writing.

Lyrically, a lot of the songs deal with externals and Duchovny’s self-evaluated proximity to them as a mediator, consoler, lightweight “liberal” critic or trespasser. It’s pretty straightforward and dressed in denim. However, I would have liked more, even though I really appreciated the humor.

Musically, it is contemporary standard. Sounds like the “not-edgy” public place music I hear when I’m out and about, spending my dollars like a good boy. It’s not really my bag, but there is a whole lot of everything that I’m totally out of step with in general. That’s my baggage. I won’t make Duchovny hold it.

The rigidness of the post-production is the most confusing part of the record. Mostly on the upper-tempo numbers. By post-production, I mean editing, instrument and vocal tightening, lining up instrument performances by lining up the transients of their waveforms in a DAW (Digital Audio Workstation) such as Pro Tools.

The album sounds very, very “official,” and occasionally that can conflict with the humor that helps to contextualize the lyrics. I don’t think Duchovny is seriously marking “all of the above” at some kind of creepy dystopian vacation-love clinic. At least, I hope not. However, I had to listen a few to times to really put my mind at ease.

Remember, Duchovny’s never made an album before, and that sound and production style are basically industry standard. So it’s what you’ve got to deal with if you don’t want to be viewed as an “outsider artist,” or “lo-fi,” and I’m sure his publicist did not want that.

The production is presented a little more confidently than the material, so you have to dig a bit for the human element. However, there is a real human element: the sound of trying.

However, please remember, it is dude’s first record — I am not expecting the vulnerability of the White Album, but you could make a lot of assumptions about the entire record’s intention solely based on production, and just be a bitch about it. If you did that, you’d miss out on some pretty good dry humor and some legitimate attempts at human communication.

Dude is trying to participate.

So, I don’t want to immediately say “mediocre production,” because navigating a studio now is crazy. Especially if you’re new to it. The technology and those wielding it move fast, and the artist is expected to keep up. Who knows what these sessions were like. This is why I hope for the Tascam MKIII album Duchovny II. What will those temporary secretaries be like?

A beginner’s record, a hobbyist record, is so interesting to me. Records like this place a human in a new environment with new rules, and I find it consistently interesting when any human chooses to do that. For many reasons, such as how much they identify with their implicit perception of a new environment’s “established rules.” Or what they think the new environment is “for,” etc.

You know, I’ve got a lot of friends that are having kids or non-musical careers, but I’m still interested in what they’ve got cooking in their noggins, and I am willing to listen, especially if we are sharing a creative medium, but our life experiences are very different. People using their dominant, non-musical life experiences to anchor their musical output fascinates me. In terms of working artists, I think that could be becoming more usual than unusual.

The human gamut can be pretty interesting if you don’t think you’ve surrendered.

Now, I love and make rock & roll music, but for the big picture, I’d begrudgingly say rock & roll music is America’s crazy rich people carnival opera of today. It’s “safer” than rap, “more sophisticated” than Energy Drink Peasant Country Music, and its framework and archetypes have been pretty much absorbed by our greater culture.

I’m not saying Duchovny’s a crazy rich person, but I am saying that making a rock album now is fair game for anybody. Period. Any economic agent, men, women, children, algorithms, etc. The medium is not cutting-edge innovation. However, it does provide a culturally understood framework to communicate a lyrical or craft-based narrative. So great, throw a human in the middle of that, but let it be a human.

Perhaps dad-rock is only as vapid as our culture expects it to be. And expectation can act as permission.

I’m tired of expecting culture to be vapid. So I jumped on this album, because I’m tired of bowing down to vapidity, and cynically digging deeper and deeper into some faux-underground cliché that is most likely bankrolled by an energy drink company in order to capture, cage, and Snapchat “the truth”: a mystified, fetishized cousin of “the authentic,” traded like a high-end commodity and currency in the post-2008 Information Age.

And also, in many cases, Hell or Highwater is probably what “the authentic” looks like: a little confused, clunky, unmanicured, rudimentarily postured, and adhering to contemporary standards in order to be allowed to participate.

It comes off like Duchovny wanted to make a functional “rock album” because he likes “rock albums,” and he likes people. I still wish he’d pushed harder on the lyrics, but maybe he was writing in accordance with his perception of the medium’s “rules.” Still interesting. Plus, he tried.

And is that bad? Is the sound of someone trying bad?

I like the sound of someone trying, even if I’m not blown away by what it sounds like. I get more out of this album existing than I get out of the album itself. I want David, and anybody interested, to bring out the magic and technology in contemporary anything.

I’m not saying everybody should be an artist, or they should gush and express themselves constantly. Leave that to Facebook, but if you feel like Wallace Stevens, go for it, but maybe just don’t try to fight Hemingway. Leave that to the FBI.

Daniel Pujol makes music recordings, tours, and writes poetry. He graduated from Middle Tennessee State University in 2008 and finished his Masters in Global Affairs at the University of Denver in 2012. Daniel currently resides in Nashville, Tennessee with two rabbits. You can follow him on Twitter here and visit his website here.
(Photo credit: Jamie Goodsell) 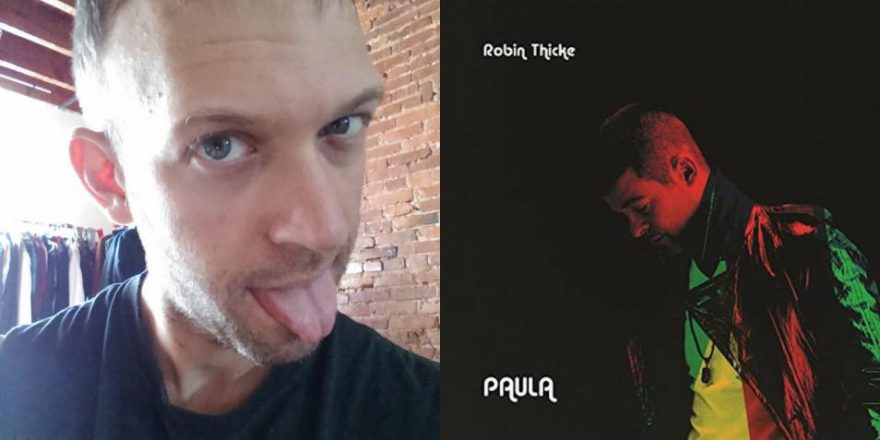 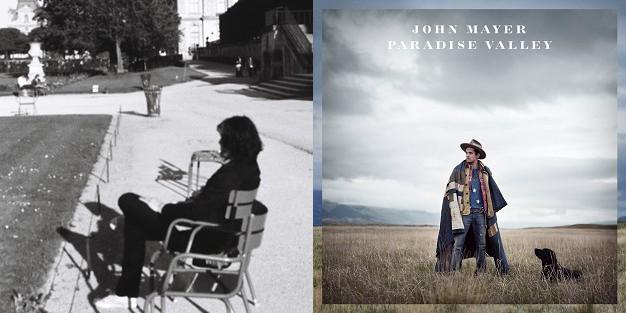