In 2014, I set out to make a short film that spoke to me on a personal level. The original motivating factors for making the short were relatively simple. I had an idea that popped in my head and I thought it would be an interesting take on a situation I hadn’t quite seen before. Most important, I couldn’t shake the idea, and thought about it for weeks. I woke up thinking about it, and I went to sleep thinking about it. I’d like to say the film made me, I didn’t make it. Stop (above) was shot with some close friends for $500 (the cost of one lens) and it ended up premiering at Sundance 2015, securing a distribution deal with Condé Nast Entertainment, and traveling to nearly 50 festivals around the world.

Being on the festival circuit with a short is an incredible thing — you get to meet filmmakers, programmers and cinephiles all in one place. But a common question you often hear on the circuit is, “What’s next?” Somehow not having the answer to that question makes you feel like you’re going to be left behind — that there’s no future for you as a filmmaker. So, you begin to prepare your “elevator pitches” of what you think your next projects are going to be — oftentimes when you don’t even have one. Or the exact opposite, you have 10 different stories you want to tell and don’t know which one to choose. At festivals, some filmmakers go as far to hand out scripts. Some prepare treatments and look-books on USB sticks to hand out (which is a really cool idea). But the question “What’s next?” feels so daunting to me — because to me, what’s next is right now. Of course, I have an idea, a five- and 10-year plan for my life — but it’s merely an invisible guide which keeps me from falling into a black hole of nothingness.

I think most filmmakers feel the pressure of “What’s next?” and even more pressure to make something, to make anything — to remain relevant, timely, poignant, conscious, original, etc. These are the buzzwords floating around film festivals and the industry, and they begin to lose meaning because they become something required, as opposed to something that is born organically. I absolutely agree these qualities are critical to the filmmaking process, but to me, timeliness and urgency in film come not from some sense of calculation but from our conviction to tell our stories. The best films transcend time because they are made for the here and now of it all.

I’ve been thinking a lot about time and space and what they mean for me to remain socially conscious, to remain relevant, to stay ahead of the curve. I’ve often been asked, about how I “timed” my socially conscious film. To me, there’s no such thing. Just as we couldn’t predict the tragic deaths of Eric Garner or more recent, Alton Sterling, Philando Castile or the Dallas police officers, we can’t predict whether a film is going to be “timely.” As an example, I don’t think Spike Lee set out to make a timely film with Do the Right Thing. I think he set out to make something that spoke to him personally, an idea he couldn’t shake, and he felt compelled to do something about it. Did he think about timing? Yes. Did he think about urgency? Yes. But there’s no way he could predict or shape the outcome of that film. Those things were out of his control, just as they are out of mine as I embark on my first feature, which tackles adjacent themes. To me, what’s more important than being timely is being timeless. It’s trying to create something that will stand up 20 years from now, just as Do the Right Thing does. Lee’s movie is as relevant today as it was when it first came out.

To use a baseball analogy, one of the hardest things to do in all of sports is hit a fastball. In his book The Physics of Baseball, Robert Adair writes: “The moment of contact when a bat strikes a ball lasts just 1/1,000th of a second. But the skills required to execute that at the highest levels require years and years of training. You’ll get a multimillion-dollar contract if you can pull it off successfully anywhere near three out of 10 times.” We can’t predict where a 100 mph baseball is going to go, but we can try to position ourselves in the best place to hit it.

So for us filmmakers who are grappling to time our work, I say we should stop thinking that way. That’s not how it works. I think if we believe in our stories and find a way to connect as humans, they will always be timely and relevant. We need to go at our own pace, and listen to our gut about the films we’re making. If you can’t sleep because an idea has you up at night, that’s when you know you’re onto something. That’s when I knew I was onto something with my feature, Monsters and Men. The film haunts me as much as it thrills me to work on it. I’m scared to death and I don’t know why. But it’s that fear of failing that keeps me going. Somehow the fear makes it exciting and creates that sense of self-urgency which will hopefully translate on screen.

I think the key is to be relentless in the specificity of our vision. The more specific our stories are, the more universal they will become. We can’t be afraid to fail even if that means getting hurt. With that in mind, failure is subjective. If I were to die today, at least I would die in pursuit of my dreams. Failures to me are like scars, which I think are beautiful. To me, we only fail when we don’t try. We may not be able to hit a 100 mph fastball, but we certainly won’t hit it with our eyes closed. The next time I’m at the plate, and I see 100 mph fastball, just maybe my timing will be right. 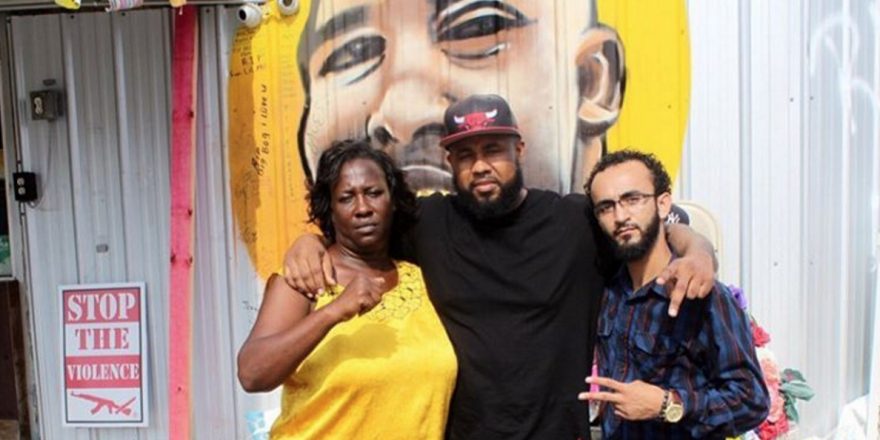 Why the Systematic Targeting of Citizen Journalists by Police Must Stop