Now that we’ve hit the halfway point, it’s a good time to stop and reflect on all the great music that has been released so far this year. This week, Talkhouse Music is running pieces about some of the most celebrated albums of 2015.
— The editors of Talkhouse Music

Among people of a certain age, there is a common tendency to dwell on the music of one’s youth. To idealize the music that was prominent when you came of age and to think of it as some sort of artistic pinnacle. I can remember in my college days, in the mid ’80s, hearing older generations dismissing the better bands of our era even though I was certain that the songwriting of Paul Westerberg and Bob Mould would hold up to a later era’s scrutiny alongside the established writers of my dad’s generation. And they did.

Now that we are older, I hear people my own age (I’m in my early 50s) putting down the music of today. Sure, like any other age, there is no shortage of crap that sells, and with the easy availability of literally thousands of releases and a certain crashing of the once-prevalent gatekeepers, it might be harder to know what to look for, but I would like to go on record as saying that some of the finest songwriting I’ve ever heard is occurring right now.

New releases like Father John Misty’s I Love You Honeybear hold up to scrutiny next to classic records from my youth. (I’ve recently been comparing it to Elton John’s 1973 masterpiece Goodbye Yellow Brick Road, and I think the comparison is favorable.) The past few years have seen stunning releases like Frank Ocean’s Channel Orange and Angel Olsen’s Burn Your Fire for No Witness. I’ve been blown away by the last two Deerhunter records and albums by Sun Kil Mon, Kurt Vile and Sharon Van Etten. Probably my favorite of all was a record that came out a couple of years ago by a young Compton rapper named Kendrick Lamar.

Kendrick Lamar’s previous album, good kid, maad city, billed itself as “a film by,” a potential nod to pretense, perhaps, except that the record actually does play out like a movie, and a very good one at that. Listening to it, I see scenes, camera angles and dramatic chases, a narrative arc and even a cinematic twist, all playing out against a backdrop of broken dreams and urban decay. The lyrics and rhymes are stunning and beats and music propel it and take you into its own universe, the way great films can.

To Pimp a Butterfly is the long-awaited follow-up album by Kendrick and it certainly does not disappoint. From the provocative cover shot to the opening song, it’s clear that he intends to build on his already formidable reputation at the front line of our social consciousness with his raps on the current state of affairs, especially regarding our country’s stilted attempts to own up to its racial legacy and where it stands in this era of “we’ve come so far but still have so far to go.” Many people on both sides of the spectrum are discussing it and a few are trying to address it in their art or writing but, to me, no one is addressing it all with so clear a voice and such literary eloquence as Kendrick Lamar.

I’ve read interviews where Mr. Lamar says he prefers to think of himself as a writer rather than a rapper. At first glance, that might seem like pretension, except for his near-supernatural chops as a writer. In other words, if you’re going to talk shit, back it up; Kendrick Lamar definitely can back it up. I’m gonna let him slide on that assertion, except to throw in the footnote that, in my opinion, the very nature of rap is writing at its purest. To dismiss rap as a lesser form of writing, which Lamar’s boast implies, is to deny the literary credentials of some of hip-hop’s better writers. Chuck D, the gentlemen of Outkast, Too Short and, of course, Grandmaster Flash and the Furious Five (among many others) have been the voices of the past several generations, just as important to the youth of their respective eras as Bob Dylan, Joni Mitchell, Bruce Springsteen and Paul Westerberg were to theirs (ours). The predominantly white writers of the classic-era rock press always understated the literary importance of black music and I’m still amazed at lifelong music lovers who still don’t get the writerly importance of rap.

All of this bullshit aside, Kendrick Lamar has not repeated his last album. It was a game-changer and I’m sure it has changed his life in the process. It’s now three years later and his new music reflects the changes that have occurred since, both personally for him and culturally for the nation. It is less like a film, far less cinematic, more of a conventional album, albeit an exceptional one. The songs and arrangements are taut and dry and everything is more immediate and explosive. More of a quick fuse than a slow burn. A stunning collection of songs.

The first single, “The Blacker the Berry (the Sweeter the Juice)” serves up black pride juxtaposed with black shame, an indictment of Ferguson and the like while owning up to the tragedy of “black-on-black” murder. All in five minutes of writing so profound that it inspired bestselling author Michael Chabon (The Amazing Adventures of Kavalier & Clay) to write an essay about its devastating final verse for Genius.

To Pimp a Butterfly is uncompromising and at times beautiful. It’s already the frontrunner for the best single and best album of the year. 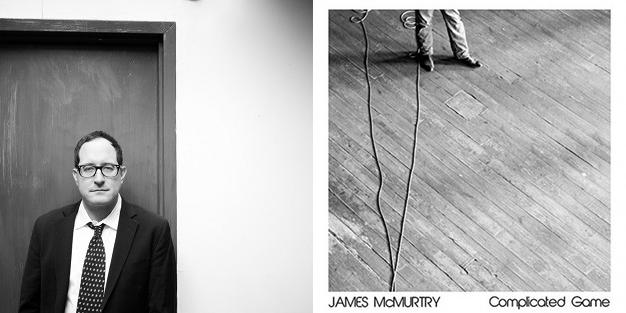