James McMurtry is one of America’s finest lyricists and songwriters. His songs are well-told stories that capture both the hope and sadness of America today. His first album in seven years, Complicated Game largely steers clear of the overt political tones of 2008’s Just Us Kids in favor of personal portraits of people doing their best to get by in a country that isn’t just changing but is constantly threatening to leave them behind. Here, the “complicated game” is life and love, and it seems that love is the only thing that might help these characters keep their heads above the rising tide.

The music on Complicated Game is straightforward and unadorned — it sticks to traditional tones and arrangements, with largely country/folk instrumentation. Acoustic guitar, bass, drums and an occasional organ provide a sturdy skeleton for McMurtry to hang his tales on. The tempos are mostly restrained, which allows the stories to unfold at a rate at which the listener can comprehend each word. The music does not often surprise, but it serves the words, and the words carry much weight.

Many of the people in these songs seem to live close enough to big-box stores on the side of the highway to rack up some decent debt, but far enough away from the city that hunting and fishing are a weekly habit. The credit cards get loaded down at Best Buy, but later that week a felled doe provides venison to eat and ease the burden. The land and landscape weigh heavily in these songs. Nature, to these people, is a possible source of sustenance but also a powerful and harsh reminder that we are all just passing through. We will all be outlived by the land around us, and McMurtry reminds us often, gesturing towards the rivers, sky and wind that are bigger and older than us and all our little problems.

The album opens with McMurtry counting his band into a loping folk-country number called “Copper Canteen.” His opening couplet is: “Honey don’t you be yelling at me when I’m cleaning my gun/I’ll wash the blood off the tailgate when deer season’s done.” The couple in the song may not still be blissfully in love, but they’re making it work despite the lack of shine. They’re old enough to have grandchildren but they still deal with an uncertain future: firewood heats their house, and the protagonist remarks on their lack of savings and trying to make it until his pension kicks in. And while they’ve grown somewhat apart — he goes fishing while his wife goes to church — and they certainly bicker a bit, he still finds comfort in his wife in dark moments: “When I wake up at night in grip of a fright and you hold me so tight to your chest/And your breath on my skin still pulls me back in till I’m weightless and then I can rest.” The years together have revealed fissures in the foundation, but shared love is still a source of strength. This game is indeed complicated.

Another sort of strain is evident on “Carlisle’s Haul,” about a group of fishermen going out in the offseason, fishing illegally in the Chesapeake Bay. The song suggests that they are there for food, not sport. They get a few things — enough to eat but not enough to make a huge difference, and perhaps not worth the risk of being discovered by the game warden. But even the warden seems to understand the complexity of this particular game — he “knows better than to get here before dawn.” There seems to be an arrangement of sorts in place, and the chorus underscores the lives and predicaments they all share: “It’s hard not to cry and cuss/This whole world is just bigger than us/All we’ve got is pride and trust in our kind.” The fishing, or poaching, expedition is rooted in men trying to get by in uneasy times. The men are united by their purpose but troubled by bleak thoughts about the future. In the end, McMurtry says, “At the end of the rope, there’s a little more rope most times” and it’s hard to know if he’s being hopeful, funny, harsh or all of the above. It’s complicated again.

Further into the record, McMurtry delivers “South Dakota,” about a soldier returning to his home state from overseas. After a long international flight and a big night out with his brothers, he finds nothing much to keep him there. McMurtry paints a stunning picture of a tough prairie life, where the recent cold winter froze and killed his family’s cattle. As he notes, “There ain’t much between the Pole and South Dakota, and barbed wire won’t stop the wind,” and once again, it’s forces of nature as well as economics that have pushed them to the brink. The family is destitute and on the verge of losing everything. The returning soldier figures he might as well re-enlist. It might offer a brighter future.

These portraits of quietly desperate people are the foundation of Complicated Game, but they’re not the record’s only story. Many of the other songs are love songs, like “You Got to Me,” a sweet story in which the narrator’s return to a town he used to live in for a wedding conjures a nostalgic review of falling in love years before. Obviously long out of touch with his old lover, he even visits her old house, remarking with wonder “how the old and desperate misbehave.” He winds up standing in front of the house in his wedding suit, bumming a smoke from the paperboy, bemused and bewildered at the pull of an old flame.

In fact, throughout the record McMurtry flaunts wisdom and knowledge surely acquired through years of hard knocks. On “Things I’ve Come to Know” he once again trains his sights on a woman he both loves and looks up to. He suggests that he’s learned a few things that put him closer to her than the other fools in the bar trying to get her attention. He looks at her with such admiration that everything else recedes into the background; love, romance and desire outshine all other concerns, at least temporarily.

The way these love songs fit against the other character studies is what makes Complicated Game such a rewarding record. The songs hint at the magic of love and the way that personal relationships sustain us through the struggles that are a part of everyone’s life. The characters here are often looking down or fending off impending trouble, but they can also temporarily disappear into the arms, or even a memory, of a lover. They have picked up a lot along the way but can still be floored by love, because love isn’t something you can learn everything about. Love might be the only true magic in our modern world.

The music is always elegant here; it’s never overly maudlin, never veers into Americana clichés. McMurtry is consistently honest and the songs’ characters are dignified and nuanced. He never writes down to these people or judges their situations. That’s why Complicated Game is another fantastic collection of songs by one of America’s best songwriters. 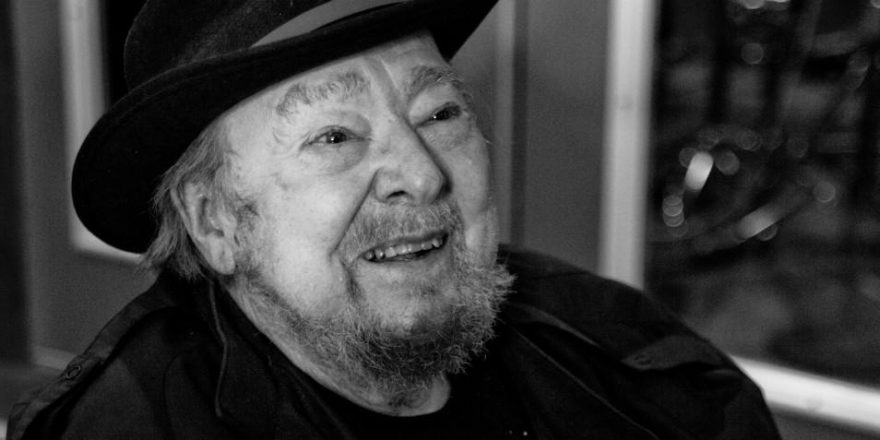