If you are a fan of indie-rock, free-improvisational music or computer-generated minimalist compositions, eventually you find out about Jim O’Rourke. Many of us first heard of him as the guy who rescued Wilco’s Yankee Hotel Foxtrot (2002) album, much the way Phil Spector rescued the Beatles’ Let It Be (1970). O’Rourke also spent a few years in the early 2000s as a member of Sonic Youth, recording, mixing and also playing guitars and bass on major label releases such as Murray Street (2002) and Sonic Nurse (2004), as well as a few entries in the more experimental SYR series.

Music engineers across the board regard him as a production and engineering wizard, with an innate sense of balance and a great creative instinct. The musicality in his engineering, mixing and production work (he’s overseen albums for Faust, Superchunk and Stereolab, to name just a few) is surely informed by his work as a musician. In addition to collaborating with a lot of lesser-known, but significant, avant-garde artists such as Merzbow and Derek Bailey, O’Rourke has released a great deal of solo albums, ranging in style from soundscapes and field recordings to straight-up pop records. He has also made a bunch of short films. It is not uncommon to see the word “genius” used in association with his name, and you only have to be familiar with a portion of his work, as I am, to be convinced of that designation.

So while O’Rourke may not exactly be a household name, lots of people have anticipated his new album Simple Songs. It’s been six years since his last solo album, 2009’s The Visitor (although he’s had several collaborative releases since then, many of them concert recordings and all of them on the avant-garde side of things), and 14 years since he made one featuring his lead vocals. That previous vocal record was 2001’s Insignificance, a fan favorite consisting of seemingly straightforward rock songs that quickly reveal themselves to be composed with a storyteller’s knack for twists, turns and satisfying resolutions. My personal favorite O’Rourke record is Eureka (1999), which falls under the category of pop music, but seamlessly integrates ambient and minimalist flavors. The vibe of that record is full of wonder and humility, in striking contrast to the fun but snarky lyrics of Insignificance. O’Rourke also released the ambient music album I’m Happy, and I’m Singing, and a 1,2,3,4 in 2001, and while the computer-generated blips and bloops may initially seem cold and uninviting, the music on that album grows in a way that can only be described as organic. Again, he covers a lot of ground.

Simple Songs opens with “Friends with Benefits,” and it’s a promising start. The blended acoustic and electric guitars, quiet bass, drums and piano set the tone for the rest of the album, and the first verses have a great pop-rock feel, similar to what one might expect from a Wilco album. Unfortunately, the second section of the song suffers from an anticlimactic melody — despite the layers of harmonies and the bigger orchestration, it doesn’t really feel like a chorus. In fact, a cool piano motif distracts from the vocals, which are almost unintelligible and difficult to sing along to, in contrast to the catchy verse. But despite the fact that all the compositional pieces don’t quite add up, as the tune progresses, O’Rourke weaves between the different sections like an ace, recapitulating and reinterpreting themes, showing us that he really knows how to put music together. At the end of the day, it is a good track.

The record continues without straying very far from the template laid out on “Friends with Benefits”: sophisticated pop-rock with terrific orchestration. “Half Life Crisis” has a Randy Newman vibe, which seems like a good match for the lyrics, which, when audible, are quirky and clever. (“Might be time to cash in your chips/’cause you can tell from your face/that you’re a charity case/and your debt is piling up.”)

Cleverness abounds and songs fly by. Unfortunately, they don’t necessarily sink in. Even several listens into the album and despite variations in time signatures and tempos, the tunes begin to feel a bit indistinguishable from one another, with very similar instrumentation on every song and few clear hooks or memorable vocals. “Your Love,” the closer, has one of the most successful hooks on the album — the chorus is actually as memorable and prominent as the instrumental sections. But the rarity of moments like this, especially on a record that should be full of them, just serves to highlight the album’s negative aspects.

Although at first it seems like just a quirk or a stylistic choice, it turns out that one of Simple Songs’ biggest flaws is that the lead vocals are almost always drowned out by the rest of the musical elements. It’s possible that O’Rourke doesn’t regard himself as a great singer, despite the confidence he shows by belting at the end of “Hotel Blue.” Musicians who aren’t primarily singers often want to bury their voices in the mix, but it’s strange that he’d be dealing with this now, when you can hear his voice loud and clear on the earlier records.

Tons of great rock albums have been criticized for having quiet lead vocals, but often it’s appropriate to the vibe of the record. For example, the relatively quiet lead vocals on George Harrison’s All Things Must Pass (1970) work because of the sheer magnitude of the music — a huge wash of reverb makes the giant band feel like a force of nature, and to hear Harrison’s voice at all, you get the feeling that he is really singing his ass off. A similar effect is in Nirvana’s In Utero (1993), as Kurt Cobain’s voice is up against massive guitar and drum sounds. Both of these examples also feature excellent songwriting. The vocal melodies are interesting, even if they are not presented up front. After all, you don’t necessarily need to understand words to understand the feeling of a song. That’s kind of the point of music, after all.

The music of Simple Songs is a lot less visceral than All Things Must Pass or In Utero. And yet on “End of the Road,” O’Rourke’s sensitive vocal performance is completely drowned out by a gentle piano and violin. The listening experience is something like trying to discuss a delicate subject over a cellphone line that’s breaking up. Simple Songs encourages listeners to notice the beautifully orchestrated garnishes at the expense of the meat and potatoes of the music. The low vocal level really seems like a rookie mistake.

And sadly, on the whole, the compositions don’t really hit home either. “These Hands” is a quiet song consisting primarily of acoustic guitar and voice, and it is probably the only song on the album where the listener can understand most of what O’Rourke is singing. The more exposed lyrics don’t really satisfy, unfortunately. The climactic “But then again, my hand is not my friend” chorus just falls flat. I think I understand the idea he is trying to convey with those lyrics, but this is really one of those hooks that just doesn’t roll off the tongue. The song also just kind of starts and stops, featuring breaks and unusual chords that don’t help in connecting one section to the next.

There are actually a lot of starts and stops on the album. More than half the songs have moments of “hitting the brakes,” when tempo and groove get interrupted to set up an interesting compositional move. “Friends with Benefits” has a stop at the end of each verse in order to foreshadow a set of chord changes that make up the song’s finale. That sort of technique is cool to use sometimes when it is justified by the direction of the melody. But by the time we hear yet another quiet breakdown section with a reduced tempo in the middle of “All Your Love,” it feels weirdly de rigueur. It seems that without strong central melodies to tie things together, O’Rourke’s tendency to deconstruct song forms may have undermined what he was going for. I can’t say for sure how “experimental,” “rootsy,” “creative” or “simple” (to name just a few common adjectives surely destined to be applied to this release) he was trying to be, but I am pretty sure that O’Rourke was aiming for this record to have more emotional impact than he wound up with. It seems like he was trying to share himself with his audience, but I don’t feel that I know him any better now than I did before I heard this album.

So many aspects of Simple Songs are wonderfully executed. The combination of string orchestration and tasteful guitar solo on “Your Love” recalls the sound and emotion of Beatles tunes like “Something.” But it really winds up being a frustrating album. The disappointing aspects of this record should not discourage newcomers to Jim O’Rourke’s catalogue from exploring other projects first. It’s worth coming back to Simple Songs later to observe a great artist in his current phase, but when all is said and done, it doesn’t display the kind of artistry and depth that he’s capable of offering. It’s not a bad record. But unlike the masterpiece many were hoping for, it’s simply a solid mellow-out album — better suited for spring cleaning than for close listening. 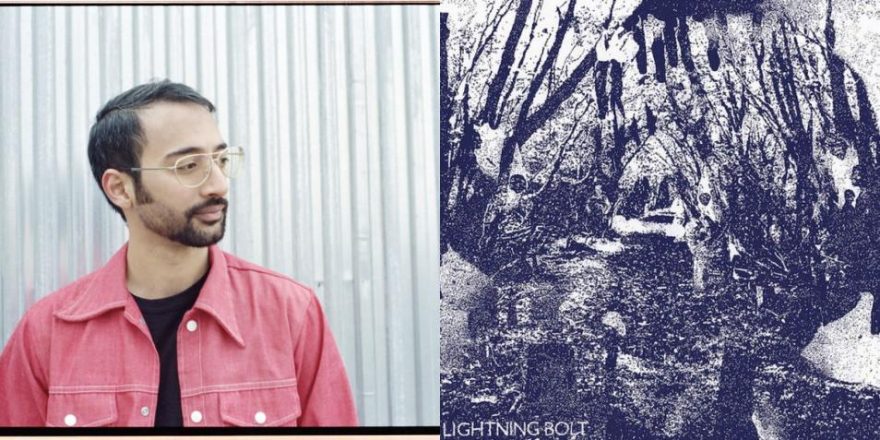