Michael Cummings is the frontman of New York band SKATERS. Formed in 2012, SKATERS cut a swath through New York City with a powerful combination of towering hooks and fuzzed-out post-punk swagger. Quickly snapped up by Warner Brothers, the band released the critically acclaimed debut album Manhattan in 2014. Following the experience, SKATERS parted ways with the label and returned to DIY. Emerging from the studio sixty-plus tracks later evolved, refreshed and fully in control, SKATERS unleashed their first self-released single (“Mental Case”) at the end of 2015. You can follow them on Twitter here and like them on Facebook here.

Man, I love the ‘90s — and, apparently, they are “back.” That’s great news for me, as I’ve been stuck in that decade for about twenty years now. Many bands have tried to capture the ethos of that era lately, but — besides dressing like giant eight-year-olds with money — they’ve mostly come across as disingenuous, foppish and musically uneducated concerning the work of their slacker forefathers. This is not the case with Courtney Barnett and her debut full-length record, Sometimes I Sit and Think, and Sometimes I Just Sit. Barnett commands the album from start to finish with the kind of careless confidence possessed by the most irreverent slackers, such as Silver Jews singer-songwriter David Berman and Dinosaur Jr.’s J Mascis. Barnett knows her shit, adding her own flavor to a very familiar vibe.

With album-opener “Elevator Operator,” Barnett comes out of the gate strong, demonstrating her ability to write from all perspectives and painting an almost cinematic scene of a misunderstood young man who takes the elevator to the roof — not to commit suicide, but to seek a new point of view from great heights. Lost and adrift, her character screams, “I’m not going to work today/gonna count the minutes the trains run late.” This slackerish character could have easily appeared in Cameron Crowe’s 1992 romantic comedy Singles (preferably played by Steve Zhan, not Ethan Hawke).

If you are totally unfamiliar, Barnett is Australian, and she embraces this identity throughout the record, from the Vegemite her character consumes in “Elevator Operator” to her accent. She charmingly twists her drawl to her favor throughout the record, but to perhaps greatest effect on “Pedestrian at Best.” In that track — the obvious single — Barnett dismisses herself as a typical cryptic and misunderstood Scorpio and warns, “Put me on a pedestal and I’ll only disappoint you.” Her growl is particularly scathing here, and it reminds me of Tracy Bonham’s 1996 track “Mother Mother.” (Haters gonna hate, but that song rules.)

On “Small Poppies,” Barnett suggests a dorky love for Pavement frontman Stephen Malkmus’ jangly style with a lengthy guitar solo that reminds me of 2001’s “Church on White,” off the guitar god’s self-titled first solo record. The result is charming, but it left me wishing that it had gone off the rails even more.

“Depreston” caught me off guard with its first chord, which pretty much made me think of Coldplay’s 2000 track “Don’t Panic,” but as the song settles in, Barnett makes me forget about Chris Martin as she moves, instead, toward what sounds more like a Mark Knopfler groove — if Knopfler fronted Camera Obscura. The phrasing is screaming “Sultans of Swing” (off 1978’s Dire Straits) to this listener.

“Debbie Downer” feels like it could have been recorded at Q Division Studios in Boston in 1992. For those not in the know, Boston, my hometown, was absolutely slaying it in the ’90s. Everyone was writing great pop songs shrouded in Gen X indifference and replete with full-bodied open chords. In this power pop heyday, songs by such Boston bands as Helium, Blake Babies and Letters to Cleo were being blasted out of boomboxes in dorm rooms across the country. Barnett would have fit right into this scene, despite being from Australia.

The thread that really holds together Sometimes I Sit and Think, and Sometimes I Just Sit is Barnett’s ability to effortlessly marry her unique lyrical perspective to a light, carefree delivery. She is opinionated but not pushy, and charmingly tackles modern domestic issues such as eating organic and traffic safety, which are merged in “Dead Fox.” In that track, she gets into an accident with a sleep-deprived truck driver, but excuses his failure to flick on his turn signal by acknowledging that he was simply “driving through the night to bring us the best price.” This observation leads into a lyrical tangent arguing that “more people die on the road than they do in the ocean” and the suggestion, “Maybe we should mull over culling cars instead of sharks.” The chorus, “If you can’t see me/I can’t see you” — a phrase presumably ripped from the back of a truck — seems to suggest that there’s no good versus evil, nor black and white, but rather different perspectives that can cause blind spots. With these songs, Barnett takes you on a welcome journey from the mundane to the weighty that can often feel like a free-writing exercise.

While the record has a lot of insightful nuggets, I found my favorite in “Nobody Really Cares If You Don’t Go to the Party,” in which Barnett is faced with the age-old dilemma: “I wanna go out/but I wanna stay home.” I couldn’t relate to this sentiment more. By the end of this clever record, it became pretty clear to me that Barnett is more likely to “Netflix and chill” than achieve legendary barfly status.

Even in its most serious moments, Sometimes I Sit and Think, and Sometimes I Just Sit reassures you that you’re not alone in your millennial confusion. It’s like a friend telling you, “I’ve been there, mate.” It’s refreshing to have a new witty voice out there — one that simultaneously harks back to my favorite decade of all and, perhaps, makes me miss the ’90s a little less. I mean, if you think about it, in a lot of ways our generation actually has a lot in common with Generation X: Obama is our Clinton, Drake is our Biggie and the Foo Fighters are our Nirvana… Fuck, I still miss the ’90s.

Michael Cummings is the frontman of New York band SKATERS. Formed in 2012, SKATERS cut a swath through New York City with a powerful combination of towering hooks and fuzzed-out post-punk swagger. Quickly snapped up by Warner Brothers, the band released the critically acclaimed debut album Manhattan in 2014. Following the experience, SKATERS parted ways with the label and returned to DIY. Emerging from the studio sixty-plus tracks later evolved, refreshed and fully in control, SKATERS unleashed their first self-released single (“Mental Case”) at the end of 2015. You can follow them on Twitter here and like them on Facebook here. 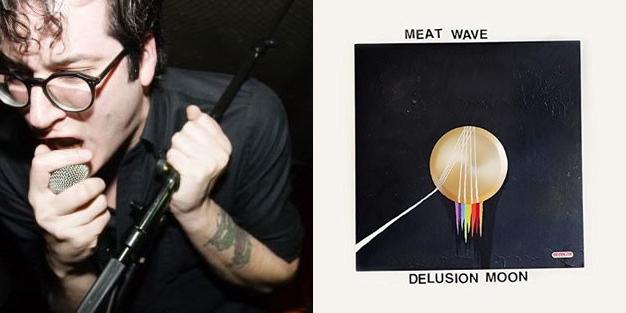 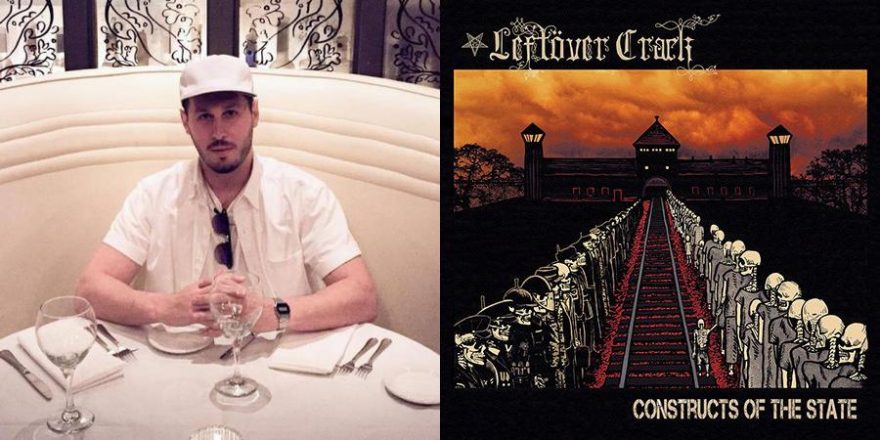