Bob Nastanovich is best known for playing in Pavement and the Silver Jews. He plays percussion, synthesizers and he screams. He lives in Des Moines. You can follow him on Twitter here.
(Photo credit: Rick Albright)

Basically, I’ll always be an indie-rock guy in every way. I still listen to loads of seven-inch records by the likes of Wwax (one of Mac McCaughan’s late-’80s pre-Superchunk bands) and late-’80s Chicago art/noise/punk band Repulse Kava, while trying to engage with outstanding new entrants like the Gotobeds and Protomartyr. But I do still feel the need to broaden my scope, and the legendary Bettye LaVette’s new record Worthy is a good starting point.

I’m not devoid of grand experiences with blues music. When I was greener, in the ’80s and ’90s, I dabbled in the Mississippi Delta to see if could latch on to what good friends like Jay Tobler, David Berman and Britt Walford comprehended. I made jaunts through central and northern Mississippi with Jay and David. I made it to Itta Bena and Clarksdale. I saw shacks well on their way to tipping over into wet earth. I visited Junior Kimbrough’s juke joint (courtesy of Scott Walker’s guidance) where I lost pool games playing by rules I was unfamiliar with, while drinking Busch beer with a perfect quarter-inch of slush at the top.

With spiritual verve, Walford latched me on to the mighty Bukka White. Music historian Sherman Willmott gave me the gift of Othar Turner and he took me to see the Fieldstones in Memphis, and I thought it was cool. I also visited the Delta Blues Museum and bought great-looking records. But to this day, most of those records have underused grooves.

What about soul? The big hits like “I Heard It Through the Grapevine” and “Dock of the Bay” rolled right off of me and I failed to relate to the stories about the artists. I wasn’t smooth enough to get it. For the most part, I remain true to my roots in punk, noise, grunge and indie.

But recently I stumbled upon my late father’s vinyl collection, which surprisingly included Booker T and the MGs, Barry White, Roberta Flack and others. He was cool. Flack’s rendition of Leonard Cohen’s “Hey, That’s No Way to Say Goodbye” is eloquent and piqued my interest in Bettye LaVette. Surfing YouTube, I stumbled upon Wendy Rene and Shirley Ellis. Rene, a Stax artist who had a brief career, made 1964’s sassy tribute to smoked meat, “Bar-B-Q.”  Ellis made hip-shaking hits like “The Clapping Song (Clap Pat Clap Slap)”  and the classic “The Name Game” (both 1965). So I have a newfound background in this music.

But what about Bettye LaVette? She was born in 1946 and has been performing for over 50 years. Her life has been hard, there’s no doubt. Misfortune abounds, even in her recording career: despite the gift of a strong, smoky voice, a 1965 Top 20 r&b hit with “Let Me Down Easy” and the minor 1978 disco hit “Doin’ the Best That I Can,” she hasn’t yet garnered the recognition that matches her talent.

For Worthy, LaVette’s husband Kevin Kiley turned her on to 11 songs well suited to her heavyweight singing style, and the choices are all over the map, from late-’60s British blues-rockers Savoy Brown to the Drive-By Truckers, as well as a song by the album’s producer, singer-songwriter Joe Henry. It’s the latest in a string of covers albums by LaVette.

Notably, her band (electric guitar, electric bass, drums and a little sax) is tight and understated. They play in a relaxed way; the drums don’t invade the tunes and the guitar solos are not gaudy like Beale Street noodlers. Appropriately, the band allows LaVette’s singing to be the focus. Her voice mostly conveys a kind of heaviness — it’s not as serene or pretty as Roberta Flack’s and not as transcendent as Billie Holiday’s, but she’s versatile: she can howl and she can lay it down smooth.

On the whole, the general vibe is languid, clear and somber. On her raspy version of Bob Dylan’s “Unbelievable” (from 1990’s Under the Red Sky) LaVette brings Screamin’ Jay Hawkins to mind, whether she intended it or not. And though she claims to be “challenged by Dylan’s lyrics,” she spews his words gracefully.

“Just Between You and Me and the Wall You’re a Fool,” first done, famously, by ’70s country-rockers the Amazing Rhythm Aces, is given a marvelous treatment, and LaVette’s power makes me feel like I’m the fool she’s informing and putting down. I can’t argue otherwise and her sultry singing turns the screw. If lit, her version would be a combination of blood-red and bright blue in darkness. There is abundant dust.

More like Rene or Ellis, “Step Away” (written especially for this album by Brian Mitchell and Christine Santelli) is peppery, with some bounce to it. It’s more amiable than the bulk of the album, which mostly evokes a fair amount of sadness. “Step Away” provides a reprieve — the tune goes well with looking into the sunset out the rear window of a car.

I read that LaVette herself loves this record and can’t stop listening to it. That must be a great feeling. I agree with her — Worthy sounds great. And maybe now her time has come. I think she’s on the verge of getting attention and respect that is long overdue.

Bob Nastanovich is best known for playing in Pavement and the Silver Jews. He plays percussion, synthesizers and he screams. He lives in Des Moines. You can follow him on Twitter here.
(Photo credit: Rick Albright) 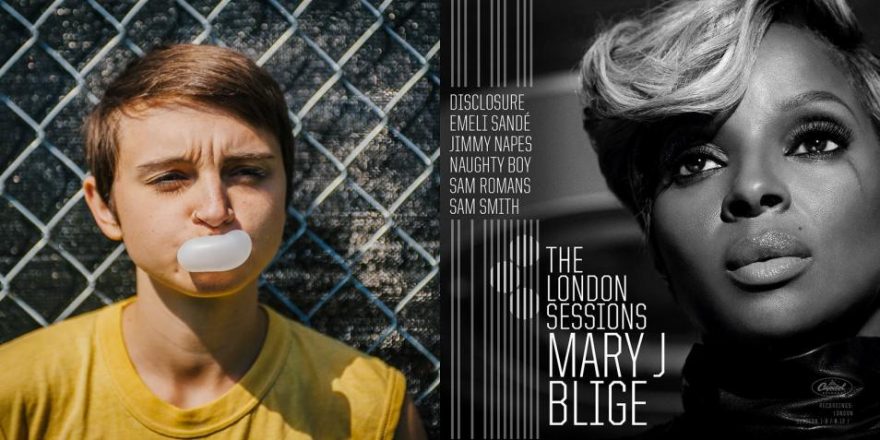