This year has already seen so many legends leave us, and now we must say goodbye to the iconic songwriter’s songwriter: Leonard Cohen. The news came that the 82-year-old had passed away via Cohen’s Facebook page Thursday (November 10) night. Although the prolific musician boasted a career that spanned decades, according to his son and producer, Adam Cohen, his father considered his latest album, You Want It Darker, “one of his greatest records.” The Talkhouse would have to agree.

The Talkhouse Music reached out to its contributors for their thoughts on Cohen’s passing. We will update this post as more remembrances come in. Please feel free to share your own in the comments below.
— Brenna Ehrlich, Talkhouse Music Editor-in-Chief

Today I was born into a world that seems to be sinking further away from the light of humility and grace. Losing Leonard feels like we’ve finally got the check from the waitress, telling us that we’d better get out, that it’s closing time. My first thought after waking up, learning my gentleman-hero had died, was: “He and a President Trump simply couldn’t exist in the same reality,” dismissing my knowledge of his long-term health issues, recent allusions to the end and the overall absurdity of the notion that his music couldn’t continue to kick the shit out tyranny and hatred.

I don’t think it’s necessary for me to list his accomplishments, influence or try to feel that I deserve to speak with any authority. Leonard was always pretty economic with his words so I think being direct is probably fitting. I’m just here to remind everyone today that you shouldn’t feel sad, but heartened. What Leonard Cohen revealed to so many will be more valuable now than it has ever been. Let his death lead to a resurgence of his work and let his work be a tool.

Alongside Leonard, we can continue our work building a world of beauty and grace. His passing is a call to all artists and citizens of the world to submerge yourself in passion and not be distracted by the information-fires lit by the fascists of complacency.

In my early twenties, when everything was a possibility, I would go down to my friend John’s dingy apartment on Bim Street and get high. We smoked out of a blue pipe shaped like a mermaid. Her tail was broken. This is where I first heard Songs of Leonard Cohen. I didn’t think much of the cover; Cohen looks as much banker as poet. The graphic that spells his name makes a failed attempt at hip. The painting on the back though: a beautiful, blank young woman in flames, her wrists bound in broken chains. This was also a self-portrait, it seemed to me, of the obverse. Of the feminine. Of the interior self. (I now know it’s an image of the Anima Sola, or lonely soul, in purgatory.) John dropped the needle on “Suzanne.”

“She shows you where to look among the garbage and the flowers.” It’s a lyric, like so many of his lyrics, that continues to reveal itself to me.

Leonard Cohen worked with a limited instrument. His plain baritone delivered all manner of wonder. It’s no surprise at all that other people — Judy Collins, John Cale, Jeff Buckley — made hits from his material. He wrote songs, not performance pieces. Sturdy melodies and extraordinary messages. Years later, my friend John defined the role of artist for me, and it’s the best description of Leonard Cohen I can give: he was midwife to the Unmanifest. May he continue to startle our imaginations.
— Tom Maxwell (Squirrel Nut Zippers)

I can’t fully explain in words what an inspiration Leonard Cohen has been to me, but I’ll give it a try. Songs of Leonard Cohen was heavy rotation in my house throughout my early childhood, and it haunted me. The image on the back of Anima Sola in Purgatory, the eerie voices and solemn sounds of “Suzanne”…I wouldn’t say I liked it, exactly…but it caught my ear.

Then, in my late teen years, I discovered his music in earnest and became obsessed. I tried to learn how to write songs by learning literally every one of his songs. I studied his work, read his poetry and novels, and listened incessantly. I’ve never stopped.

In the late ’80s my dad’s girlfriend was a close friend of LC so he would occasionally call our house and leave amazing messages on our answering machine, which my dad always saved for me. Then, in 1990, at the peak of my fandom, he surprised me with this letter of congratulations on the release of Blake Babies Earwig album. Yes, he sent one to Dylan! This is how you completely blow the mind of a 22-year-old kid just finding his way as a songwriter. His work has meant so much to me. I am heartbroken on his passing but deeply grateful for the influence, joy and inspiration his work has brought me.
— John Strohm (Blake Babies, the Lemonheads)

Leonard Cohen, like Bob Dylan, was a great Jewish sage, but one moved by love more than anger. His panoramic wisdom forgave, although it never turned a blind eye. The bleakness of human existence made him compassionate, not vengeful. And he made you cry.

Just before my gig in Atlanta last night, Emma Swift told me that Cohen had just died. I could certainly believe it, just as I could believe the Republican victory in the election, but I have yet to process or accept either.

I climbed onstage and shared the sad news with the already demoralized audience. At Amanda Palmer’s show, it was the audience who told her, apparently…

I opened my set with “Suzanne.”

Mr. Cohen, you were a romantic and a realist; you understood the way of tears, and you knew how to conjure them. For all this, for the company you kept with us by candlelight, and for the prism of serenity you gave us through which to see the world – thank you, Leonard.
— Robyn Hitchcock (The Soft Boys, Robyn Hitchcock and the Egyptians)

In times like this we need voices like his more than ever to help us feel understood in a world of chaos. His words have mirrored and illuminated so many significant moments in my life. A true poet, a true original that we can all take inspiration from.

My favourite song is “Hey, That’s No Way to Say Goodbye.” It’s a song of lovers parting for a time, which is something all touring musicians can relate to strongly. It’s a picture of intimacy and trust that’s deeply touching, and I’ve listened to it on headphones on repeat to fall asleep in a foreign hotel room many nights.
— Jessica Weiss (Fear of Men)

It was strange and somewhat ironic that my flight to Montreal, the birth place of Leonard Cohen, should be unexpectedly curtailed yesterday due to visa problems, thus allowing me the perfect privilage of spending that holy, candle-lit evening back at home in the company of my dear wife, Annie, with whom I have spent so many special evenings listening to this man’s exalted music. And this we did again, only with a whole new and very poignant context.

He was alone and bathed in light. His eyes looked understanding so I picked him up. I took him home. I listened to him and studied him. We have taken a thousand road trips together and I have drunk hundreds of bottles of wine with him ever since I found him in that record store in Lubbock, Texas. He’s not gone though. He’s on tour with me now. He’s singing “Closing Time” right here in the front seat.
— Amanda Shires

I spent the early part of my life trying to find meaning, like most do. Confusion bred anger and anger bred violence, violence bred more troubles and those troubles led to isolation. I found myself living in a small world congested with all of the above and freshly blanketed in stiff isolation. I ran again desperately, to the only thing that ever helped: the books and the music. With that and some time, I was able to break the inevitable next link of this very short chain and I started to see the deep, hidden beauty in all of this chaos and fire.

There was one person in particular who forced his way into a world of philosophers and traditional poets, who understood the need for music as a soundtrack to showcasing this worldly disorder, who sat up all those sleepless nights with me when it all seemed too much to swallow — and that person was none other then Mr. Leonard Cohen. I owe much of whatever I am now to him.

2016 has truly been a nightmare. We find ourselves as humans doing what we do best: feasting on each other — and all the while, God simply plucks another one of his most precious children from Earth, leaving us with what seems like not much of a chance. But as I sit here, on this very sad but inevitable day, I come to you most cynical and pessimistic, but challenge you to sing another song, because this one has grown old and bitter.
— Domenic Palermo (Nothing)

June 2014, I was asked in an interview by American Songwriter: “What do you consider to be the perfect song, and why?” Here was my answer:

“Hallelujah” by Leonard Cohen. I hear it as a gospel song in a 3/4 time signature, and there are so many layers to the lyrics in that song. Already by verse one there is a baffled king composing, and the words refer to “the fourth, the fifth, the minor fall and the major lift,” mirroring the chord changes as they happen. And that’s just at the starting gate.

The words describe scenes of relationships, showing different ways we all have our own “hallelujah.” For some it’s the moment we get stripped down to who we really are, for others its sexual hunger fulfilled, or gaining that love that now is out of reach. I’m just in awe and respect with how he manages in one song to follow a thread, going with both the dark and the light, and uses the gospel and regal word “hallelujah” as a way of saying our moments of glory can be “holy” or “broken.” In some way, we say that when we reach our highest high and our lowest low. It’s good to know when you’ve hit the ceiling, and good to know when you’ve reached the bottom. And since we’re talking about songs, in the final verse of “Hallelujah,” the religious connotation of the word isn’t a church, but “the Lord of Song.”
— Louise Goffin 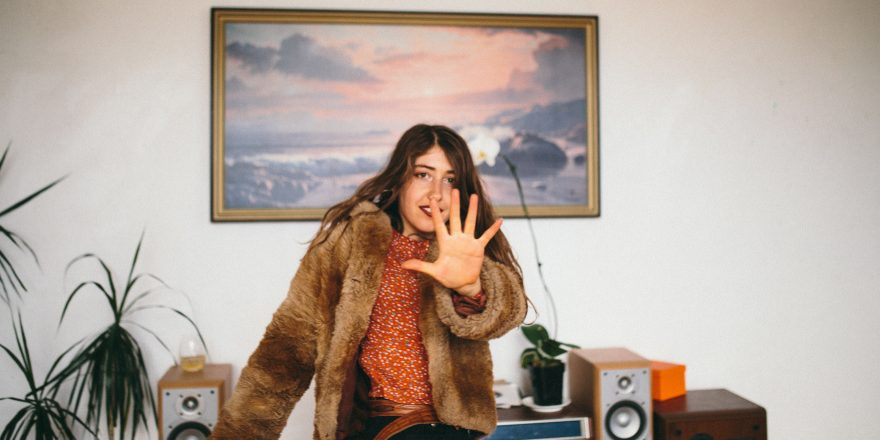