I’ll never forget the phone call. I was sitting in my tiny, almost completely sunless apartment on the Upper East Side in Manhattan, working at my computer when casting director Judy Bowman’s number popped up on my phone. I quickly answered the call. “Are you sitting down?” I wasn’t, of course; I pace when I’m nervous. “Robert Vaughn wants to do your film.”

Immediately following the intense high that followed, was the realization that, “Wow, a Hollywood legend wants to do my film,” a gut punch of reality humbled me. I had never directed a movie. Not one short. Nothing. The most I’d done was a teaser trailer for Gold Star, the feature Vaughn would star in, for our Kickstarter campaign a few months earlier.

And, an Emmy Award-winning, Oscar- and Golden Globe-nominated actor who starred in The Magnificent Seven and The Man From U.N.C.L.E. would play my father in a deeply personal film about the real-life experience of caring for him after a debilitating stroke left him mostly paralyzed and unable to speak. It would be a physically demanding performance, as he’d be confined to a wheelchair and would have no dialogue. I would star alongside him, playing his daughter, and together we would have to go to a stark emotional place.

Needless to say, I was terrified.

The emails went back and forth very quickly. His manager locked in a time for me to drive to his house in Connecticut to discuss the role and the shoot overall. I think I lost about 10 pounds in the two weeks leading up to this meeting, obsessing about everything, fearing there’d be something about me that would make him say no, or that he’d be difficult to work with, perhaps something would go wrong on set and spur him to walk off. He was an actor with half a century’s worth of experience. I was a 27-year-old newbie. And it doesn’t help that I’m a petite woman, who sometimes still gets carded for R-rated films. Saying no would’ve been easy. He had nothing to lose.

But Robert was completely committed and on board from the start. In fact, he came to not just play my father but embody his spirit, telling countless stories, letting out a booming laugh, and excitedly telling me what kind of dessert he ordered for room service in his hotel each evening. The close relationship we developed during a manic 10-day shoot is a testament to both his immaculate, second-nature talent and his kind character.

He was also a huge supporter of women filmmakers, having also recently acted in my friend Jenna Ricker’s film The American Side. There are many Hollywood actors that have never been in a film directed by women.

Day one on set was a disaster, with Robert being dressed in the wrong wardrobe two times in a row. I knew I was directing somebody whose first film was The Ten Commandments, so I feared a Biblical, epic sort of response to my film team’s mistake. I pulled him aside and assured him the mistake would not be made again. It was day one and we were working out the kinks. I had everything under control and had his back. He would be treated the way he deserved to be. Minutes later, I needed to jump in the scene with him and perform, to let go of the stress of the situation. He kindly nodded, headed back down the hall, and within five minutes was in the room with me ready for cameras to roll. He didn’t complain once.

Midway through our shoot, he opened up to me about the explosive ego battles on The Magnificent Seven set. His eyes gleamed with delight in remembering how Yul Brynner once dumped water over his bald head to make the sun reflect off of it like a spotlight, so that he’d be the center of attention in the scene rather than Steve McQueen. Robert was an immaculate storyteller and he would regale us with other tales from his remarkable life that only added to the surreal experience of working with him.

Directing Robert required a different approach than the one I took with his younger co-stars. His style, a direct product of his work in the classical studio era, involved trusting the material to the fullest possible extent. He would supplement that by asking questions about the character, my real-life father’s greatest fears, mantras he had and what he wanted and thought during different key moments. He’d take the information provided by my writing on the page and our talks, and he’d interpret it and capture it completely organically and authentically in our scenes together.

We shot one of our final scenes on a public beach in Connecticut with no permit. I rode the five miles from my house to the location with Robert in the backseat of a car next to him, nervously explaining what this scene meant, how it was the last moment between a father and his daughter. It is a scene in which the two characters are finally completely open and vulnerable with each other, realizing they don’t need the crutch of words to communicate. After I was done, Robert quietly replied, “OK, I think I got it.”

We sat on the bench side by side, looking out at Long Island Sound. The camera rolled and any sort of lingering sense of intimidation completely melted away. He calmed my anxieties and kept me fully present. A few times, I forgot to call “cut.” I remember feeling a tear of his fall as I placed my hand in his. I remember my head on his shoulder, and just for a moment, feeling like I was with my father again. That beach, after all, was one of the last places I went with my father in real life.

After we wrapped the scene, he asked to watch the playback, and commented on how small cameras are nowadays. He put the headphones on and watched his performance. He nodded and smiled, never overly critical of himself, but also with a sharp eye for what could be improved.

In directing someone of Robert’s stature, I found that our best moments were when I stepped out of the way. He wholly trusted me, so I returned the favor. He happened to leave his script behind at my mother’s house in Connecticut, where we shot a majority of the film. Its pages were folded from reading it many times. I saved his script. I saw his notes on the page. He wrote things to himself, dialogue that he would’ve said if his character could speak. I remember seeing the words, “No” and “Why” pop up many times.

My father passed away November 10, 2012, around 11 p.m. Robert Vaughn left us on November 11, 2016 in the morning. Almost four years to the day after losing my real father, I mourn the loss of my movie dad. Robert taught me that being a good director means surrounding yourself with people whom you can trust and whom you can have in-depth conversations with, and then allowing everyone the space to bring the work to life. He gave me the confidence to believe that my storytelling meant something, that I was worthy and fully capable of succeeding in a tough business. 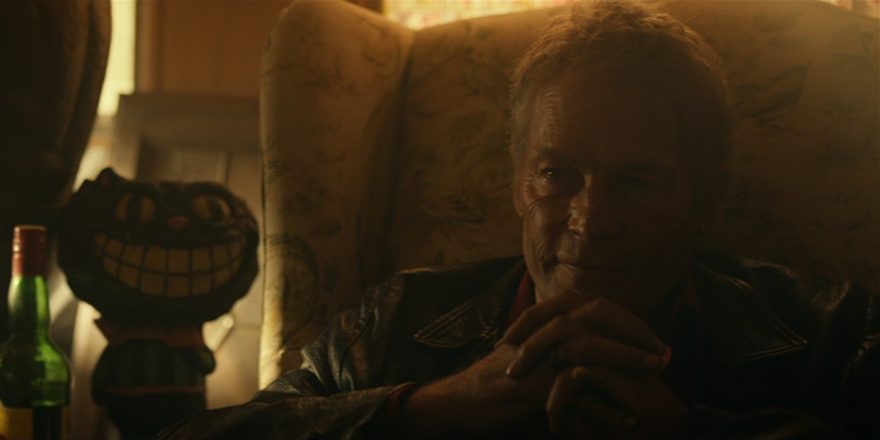 One of Those Creatures: Remembering Michael Massee