As I paged through Stephen Witt’s How Music Got Free: The End of an Industry, the Turn of the Century, and the Patient Zero of Piracy, I felt my anxiety about digital media and the ravenous appetites of the worldwide family of consumers build to a fever pitch. I saw the destruction of artists’ income and the hubris of the industry — and had to own up to my participation.

The battle between the old guard physical media distributors (and the people who survived under that model) and the digital purveyors of the new millennium (who sometimes find copyright and the concept of intellectual property outmoded ideas) is essentially over. And as a musician, composer and recording artist in this landscape, it has become impossible to avoid piracy in all its guises. There’s the corporate piracy of Google and its subsidiaries dressed in the clothes of “information wants to be free” populism that sounds almost exactly like the hippy sentiment that nearly bankrupted Woodstock in 1969. Then there’s garden-variety piracy committed by people who work their asses off and yet don’t have the budget to pay for all the music they want. Both are connected. As Iggy Pop outlined in his amazing and wide-ranging John Peel keynote lecture, we’re in a capitalist system and it doesn’t feel great when something you do ends up having a negligible monetary value.

In his excellent history of the MP3 and its effect on the recording industry, Witt explains how we got to this point via three stories: the invention of, struggles over and eventual market dominance of the MP3; the very human “ground zero” pirating cabal that emerged from a PolyGram compact disc manufacturing plant; and the parallel history of the major label record industry as told through the prism of Doug Morris, one of the biggest players in the industry and, during most of the events in this book, head of the vast Universal Music Group. Each story is well crafted and cleanly woven together; Witt manages to make each thread of the book gripping in its own way.

Interestingly, the development and dissemination of the MP3 was fraught with industry backlash and nearly didn’t happen. The technology was almost buried under corporate favoritism for less efficient compression algorithms and was actually saved by free MP3 encoding software (L3Enc) that the MP3’s inventors released onto the Internet in 1994. There, it was adopted by an army of music fans who wanted access to their digital media across all platforms. The most notable of those fans? “Patient Zero.”

Witt’s “Patient Zero” theory of piracy focuses on CD manufacturing plant employee Bennie “Dell” Glover, who is presented as the source for a lion’s share of the pre-release leaks of some of the biggest records from 1997 to 2007. Glover had access to the material through his employment at the PolyGram plant, had a system for getting the newly pressed CDs through the security systems, and was one of the top sources for Rabid Neurosis (RNS), a group of music fans who lived for getting complete albums far ahead of the street dates. Before the Internet, the biggest hurdle of music dissemination was getting albums into stores. But once Internet use became more widespread, a highly desired release could be uploaded and available throughout the world within hours — all while trucks crawled around to the physical stores.

As I read about the obsessive-compulsive hoarding impulses of RNS, I remembered my own. I used to listen to everything I bought many times over. But eventually I stopped at maybe a listen or two — or maybe even just a needle drop. In the end, I was undertaking a wholesale acquisition campaign with no need or desire to actually hear the records I had amassed. When I moved to New York in 1996 — just one year before Glover went into pirating full-tilt — I bought a giant trash bag full of random cassettes from the neighborhood handyman, thinking I might find some unusual jams. This basically encapsulates my obsession with collecting. The appetites of the pirates were my own, I realized.

Still, RNS’ actions, as Witt points out, had farther-reaching repercussions. The leaders of that group were people who had a desire that they considered essential, and once that desire was met, there was no consideration of the broader impacts of what they were doing. It’s the view of a child. The child (and the heart) wants what it wants.

We can rationalize a percentage of this rabid piracy by painting the major record companies as evil — there’s a reductive argument to be made there. Witt’s book frames those companies as bloated and blind, drunk on their own cash flow, as the chapters follow Doug Morris (currently head of Sony Music Entertainment) through each colossal shift in the recording industry: from the vinyl-single era to LPs to CDs to MP3s and finally to streaming. Morris emerges as an unsentimental — and brilliant — master of the industry, and his focus on sales over content is actually a refreshing and necessary reality check for those of us who live for the music on these physical objects.

Witt clearly lays out how a myriad of factors in the music industry fed directly into the piracy network, including the consolidation of the music industry in the late ’90s and the industry’s relationship with Congress. Long on hindsight, he ably demonstrates how the Parents Music Resource Center’s (PMRC) battles with major labels over music content in the mid ‘80s (which helped introduce the Parental Advisory sticker) pitted the record industry against the regulators in Washington and caused some permanent rifts. When the piracy deluge started in the late ’90s, the music industry found itself with very few friends in Congress. As we know, it has not ended well for the industry.

Witt also outlines the many points during the industry’s free-fall when it could have partnered with alternative distribution systems such as Napster and, potentially, stemmed the bleeding. We witness the deluge of poorly conceived and draconian lawsuits against music fans who shared copyrighted files unwittingly, impossibly naïve pronouncements about portable MP3 players never catching on, and the foundering of an industry that just couldn’t keep up with the voracity and almost compulsive appetites of consumers who want everything immediately at no cost.

When my band Oneida started speaking with the occasional journalist in 1998 and 1999, the most common question we got was, “What do you think about people downloading your music?” Downloading was something that felt underground at the time — although, in retrospect, this probably meant that it was being done by people younger than we were. Our stance was, “We don’t care how you get the music as long as you listen to it.” This was because we were still operating in a brick-and-mortar distribution system. We went on tour for two-and-a-half months in 1997 and our CD was in absolutely zero stores. The difficulty for us was that people who wanted to hear our music (if they existed — at that point, that was an abstract concept) could not. That was the problem that record labels were in business to solve.

Now I’m more ambivalent about illegal downloading, but absolutely no one would consider asking that question these days. Do I feel differently about all of this now? Yes and no. I want to be generous. But I have to be generous, because there’s no way to control the monster. Digitizing music opened Pandora’s Box. I would like people to feel compelled to support work from which they derive value, pleasure and sustenance, and perhaps we will all eventually reassess what we are willing to give to an ecosystem that sustains the creation of new work. We will probably find out soon enough if that’s possible. The issue at hand is pretty simple, though: just because you can get a recording for free doesn’t mean that the record was made for free.

As I read Witt’s book, I also considered another factor that he doesn’t address: how downloading has destroyed the aesthetics of discovery. Acquiring a record used to be a major event. For example, when I first learned about the New York punk scene and Television’s Marquee Moon (I think via a Rolling Stone that my sister bought in the ’80s), I looked for the record for years — until I found it on CD in 1991. I brought it to my college dorm room and listened to it straight through, three or four times. I was incredibly disappointed. I thought it was supposed to be punk! Punk was supposed to be antagonistic in some way, and Marquee Moon had very little of that. But because there was a critical mass celebrating the album — and because it took so long to find — I spent a lot of time with it and grew to love it. I connected with this strange recording on an intimate level because of the scarcity of material I could access — and because it was a new CD and therefore not an insignificant investment. Because of the rise of the MP3 — and now streaming — that experience with music is gone. I think it’s worth mourning, but it’s never coming back.

Standing in the maelstrom of opinions about downloading, streaming and being compensated fairly for these things as a recording artist is to be buffeted by a peanut gallery. Everyone has a little bit of hate for everyone else, but what’s changed is that — somewhere along the line — the evil corporations have become beloved by the masses. Apple, Google and their subsidiary companies have gotten very wealthy on the destruction and dissemination of copyrighted material. Witt’s book outlines how we got here and it’s an essential read for musicians. The zeitgeist of this era seems directed against the successful individuals (such as David Byrne) who dare to speak out about exploitation on a corporate scale. That might be an interesting subject for Witt’s next book. 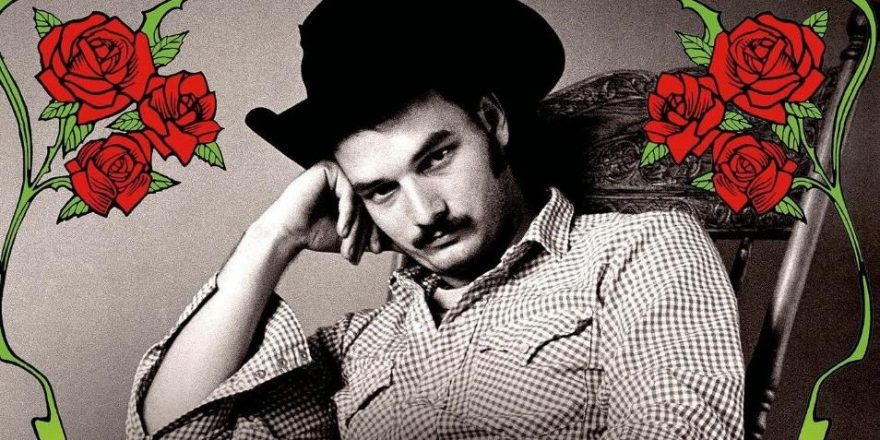