There’s a particular subset of music memoirs that always start with an in medias res scene in which our subject has hit rock-bottom. Perhaps they awake, fully naked, behind the wheel of a shattered automobile somewhere in the Hollywood Hills, with their newborn baby crying in the backseat while gripping a giant rock of cocaine. And so they take the coke, abandon their child and wander off into the night for another 10-day bender. And then they rhetorically ask, “Why?” And so we learn about their humble beginnings, their outsized dreams, their quick and flukey rise, the brutality of the music business, ephemeral fame, money and insatiable lust. Then they sober up, find God and record the best album of their career (in their carefully coached opinion). There are some really great books in this vein: The Dirt: Confessions of the World’s Most Notorious Rock Band by Mötley Crüe with Neil Strauss, Walk This Way: The Autobiography of Aerosmith by Aerosmith with Stephen Davis, It’s So Easy: and Other Lies by Duff McKagan. And then there are scores of unremarkable ones — so unremarkable that I can’t remember any off the top of my head.

Then there are the books written by artists who just put their heads down and worked hard through all the ups and downs. Their hardships are more in line with the vagaries of fame and the industry, and their bad times rarely reach Aerosmith or Mötley Crüe levels. These would include Pat Benatar’s and Ricky Skaggs’ memoirs. These are books that reflect the integrity and honesty of the artists, and can sometimes be a bit dull for the layman or casual fan.

And sometimes, there are works — often knotty, difficult and wise — that transcend the form. Chronicles, Volume One by Bob Dylan, Life by Keith Richards with James Fox, Straight Life: The Story of Art Pepper by Art and Laurie Pepper and Mo’ Meta Blues by Ahmir “Questlove” Thompson and Ben Greenman are all part of this rare echelon.

Which brings us to George Clinton’s recent book: Brothas Be, Yo Like George, Ain’t That Funkin’ Kinda Hard on You? A Memoir. (Or maybe we can give it the abbreviation BBYLGATFKHOYAM.) This eccentric title perfectly suits the unique genius of the man behind Funkadelic, Parliament and a host of other profoundly great and influential music of the late 20th century.

It should be said that George Clinton is probably the most underrated musical mind in pop. His bands’ DNA can be still be found in a large percentage of music on the radio now: whether it’s within the framework of hip-hop beats or the cartoon-character persona of Katy Perry. I was excited to see Greenman’s name on this book as co-writer, because Questlove’s memoir flouted genre expectations in many surprising and delightful ways. I knew Clinton’s legacy would be in good hands, at least.

George Clinton’s presence in the pop-music conversation has dissipated of late, probably because of a combination of his excessive drug-use, lack of personal appearances, the unprofessional handling of his back catalogue (a lot of the classic Funkadelic albums languish on a small indie label called Westbound, accessible but not heavily promoted) and how he presents himself as an artist. The members of both Parliament and Funkadelic, the massively influential funk bands he created, performed as cartoon characters, with grotesque and outsized costumes and personas, and as such are easy to dismiss. Parliament/Funkadelic was inducted into the Rock & Roll Hall of Fame in 1997, but I still don’t think Clinton is given the respect he deserves. It’s one thing to be a visionary, and it’s another thing to sell records. Clinton did both for decades.

BBYLGATFKHOYAM does not disappoint. It starts off with a classic in medias res scene of peril, but even though Clinton’s struggles with cocaine are no secret, we aren’t given a crippling psychotic episode with a crack pipe. Instead, we open with a harrowing moment in 1978, near the peak of P-Funk’s fame, when Clinton was concerned that the band wouldn’t be able to perform a scheduled show in Richmond. But it had nothing to do with drugs, sex or partying; it was a logistical issue that kept the band’s costumes and some of the key players from getting to the venue. Clinton brings us into a state of high anxiety that centers around being a professional entertainer. Simply by skipping the stock opening story of the artist at rock-bottom, he announces that this book will not pander. Instead, it’s a true representation of an artist and musician as a professional, and he applies this view to his life on a micro and macro level.

In terms of the basic biography, we learn many incredible facts about Clinton’s life before, during and after Parliament-Funkadelic. By 1960, he was married and had four kids, and in 1967, he overheard a woman say to a friend at a concert that he was an “old fool.” OK. Between 1970 and 1980 the Parliament-Funkadelic family of artists released 38 albums!  And those are 38 good-to-great albums, by the way.

The man behind that whirlwind of often cartoonish funk truly gets an airing in this remarkable book. Clinton writes that, “underneath the [crazy, psychedelic] image, I was a much more reserved, centered, circumspect person. It was freedom generated by misdirection, and it allowed me to focus on my real self, the identity I was nurturing away from any kind of spotlight.”

BBYLGATFKHOYAM feels unique among music memoirs because it doesn’t document the passage of a talented child into a self-absorbed realm of indulgence and distraction. It tells the story of an adult who analyzed the business of music with remarkable depth, skill and vision. Clinton’s rush of creativity and production during his peak years is mythical and heroic.

But Clinton did crash and burn. He tried freebasing in 1978, and the well kind of went dry for a while after 1981. But though Clinton lets us know that he ends up wasting a lot of his life on the pipe, it’s never what the book is about. And to be fair, his career most certainly did not end in 1981. He produces the Red Hot Chili Peppers’ Freaky Styley in 1985, signs to Prince’s Paisley Park label in 1989, records for years with Sly Stone and helms a few more hits, all while hundreds of hip-hop songs base their hooks on samples of his material.

BBYLGATFKHOYAM is an essential document of a giant in popular music. If its only point were to remind us of the greatness of Clinton’s legacy, it would be enough. But this book is so much more than that. Clinton writes, “The mere fact of surviving in this industry is a huge victory. But survivors forget that the alternative is annihilation… People don’t have a clear idea of what they can and can’t do as artists. I knew my limits… I couldn’t play an instrument. I couldn’t sing as well as some and I couldn’t arrange as well as some others. But I could see the whole picture from an altitude, and that let me land the planes.”

We get the stories behind all the timeless moments on the records (such as guitarist Eddie Hazel’s “unprecedented moment of emotion” during the recording of 1971’s Maggot Brain), portraits of his epically talented musicians and scores of detailed notes on the ideas and inspiration behind his best albums. You may be familiar with the classic records, but there’s a ton that fell through the cracks, and Clinton comments on almost all of them.

BBYLGATFKHOYAM is Clinton’s work and life. For the first time we get to peer behind the outrageous props, the LSD-damaged artwork, the wild costumes and the wizardly façade, and into the mind that created this unprecedented tower of creativity. It’s not tortured, it’s not pretentious and it’s an incredible amount of fun. Parliament-Funkadelic was driven by a man who became a student of pop music from an early age, and he maps out his strategies clearly here. This book is a blueprint for being a creative person within an industry that tends to undermine creativity. Somehow George Clinton survived… not really intact, but this book is a mentor(mother)ship for all of us strivers. If you care about the game, then pick up on the wisdom of BBYLGATFKHOYAM. This book is as good as Maggot Brain. 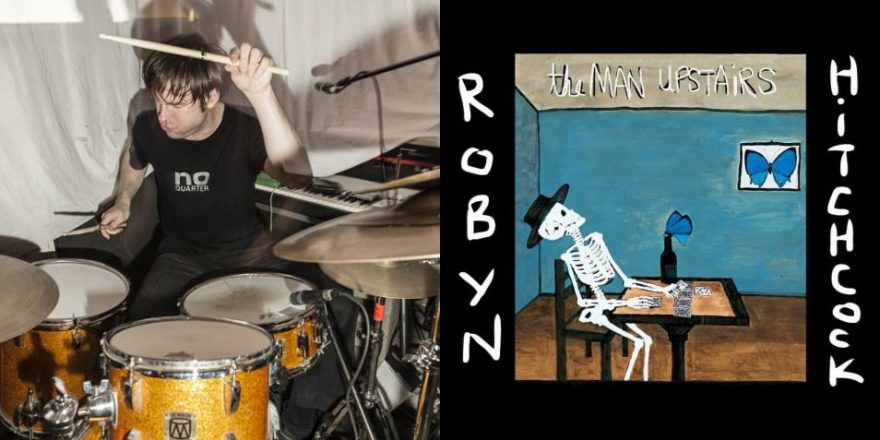