In 1987, Larry Livermore co-founded the late, great East Bay punk label Lookout! Records, which became the home of best-selling, influential bands such as early ska-punks Operation Ivy, witty pop-punks the Mr. T Experience and the ever-popular Green Day, among many others. Livermore’s upcoming book, titled (spoiler alert!) How to Ruin a Record Label, gives his perspective on Lookout’s controversial rise and fall. In this excerpt, he tells the short but sweet story of his own band, the Potatomen, and their connection to the fabled non-profit all-ages Berkeley punk rock club 924 Gilman.
— the editors of Talkhouse Music

We pressed 10,000 copies of Green Day’s second album, Kerplunk , twice as many as we’d done for any previous release, and sold every one of them the day it came out, in January 1992. I picked up the phone to order 10,000 more, and sat staring out my window into the wan midwinter sunlight.

For the time being, even as Kerplunk doubled and tripled its original sales, life loped along at its usual pace. There’d be periodic crises, rounds of frantic phone calls and late-night dashes to the 24-hour copy shop, but there were also languorous moments of just hanging out with nothing in particular to do.

It was during one such interval that Chris Appelgren, Patrick Hynes and I decided to start a band. The original plan was to play only Hank Williams covers, and call ourselves — what else? — the Hanks. Patrick had already created our album art before we’d learned a single song. But, during a trip to Chicago, I had a burst of inspiration and wrote several new songs of my own. I showed them to Chris and Pat when I got back, and the Potatomen were born. Why the Potatomen? We just really liked potatoes, I guess.

An unusually quiet Friday afternoon turned into our first practice. We thought it was sounding great until an angry neighbor yelled, “Turn it down!” I was playing acoustic guitar, Patrick was using a tiny 12-volt amp for the bass, and Chris was “drumming” on a cardboard box, so there wasn’t much to turn down.

Instead, we drove to a deserted street in West Berkeley and practiced there. An hour or two later, figuring we were ready for the big time, we moved our session over to Gilman, setting up on the sidewalk across from the club.

Kids gawked at us but hesitated to come over. You could see them wondering, “Are these guys doing some cool, experimental punk thing? Or are they embarrassing hippie burnouts singing for spare change?”

Then the girls from Tiger Trap, the band most people were there to see that night, came running across the street and started dancing and singing along with us. Where Tiger Trap went, the rest of Gilman followed. Our first show — all four or five songs of it — was a smash. Through that year and into 1993, the Potatomen regularly played outside Gilman and, when the weather wasn’t so great, inside as well. We played in the Stoar, the hallway, in the back corner by the women’s restroom, anywhere, in fact, except on the stage. We hadn’t planned it that way, but it became a tradition.

The Potatomen had made our name as “those guys who play acoustic guitars and a cardboard box outside of Gilman.” People seemed to like us that way, but when we picked up electric instruments and effects pedals, even some of our fans gave us the stink-eye. If we’d stuck with the original aesthetic, we could have recorded onto a cassette with a handheld microphone. We might even have wound up as some sort of lo-fi cult sensation.

But Lookout’s success meant that we could now afford the full range of modern recording technology, and I was determined to use it. Though I’d always sneered at bands who said, “We’ll fix it in the mix,” who thought gimmickry and gimcrackery could overcome any deficiencies in their skill or imagination, once turned loose in the studio, I found myself in danger of slipping down that same electronic rabbit hole.

What started as a fun little project turned into a drama-fraught endurance test.

After months of agonizing insecurity and self-doubt interspersed with episodes of unbearable grandiosity (I still cringe when I read some of the interviews I gave about the “importance” of the Potatomen), we had finished enough songs to fill half an LP.

We took three of them and released a seven-inch EP, On the Avenue, that I was actually quite happy with. For a few days, at least, I thought all the time and effort had been worth it.

Quite a few people disagreed, especially those who’d expected us to be a little more punk. Instead of a new version of the Lookouts, they got our take on Buddy Holly, Hank Williams and the Smiths. Kain Kong said I sounded like country-pop singer Mac Davis. He didn’t mean it as a compliment.

Then we took a trip up the west coast, from Berkeley to Vancouver. It was only five shows, but by the time it was over I’d gained a new appreciation for anyone with an anti-tour stance. It wasn’t that I’d had a bad time — much of the trip, in fact, was awesome — but the highs and lows were too intense, and too close on each other’s heels, for my liking.

There were no flying beer cans or gobs of spit to dodge — we’d encounter those on future trips to Southern California — and there were a couple of nights when people clearly loved us. The worst reaction we got from an audience was mild apathy.

But I took everything way too much to heart.

Any band, no matter how long they’ve been at it, has nights they’d prefer to forget. A broken guitar string or kick pedal, a lost or misplaced voice, a crowd that fails to materialize or remains surly and hostile when it does: any of these things can send a show spinning off in the wrong direction.

Musicians seasoned in the ways of the road take these sorts of misadventures in stride. They know you can go from laughingstock to king of the world in the time it takes to drive from one town to the next.

I hadn’t learned that lesson yet. I’d be up all night after every show, either searching for someone to blame for whatever I thought had gone wrong or — less often — exulting about how brilliant we’d been. The first show of our tour went well, but on the second night, in Olympia, Chris and Pat disappeared the minute we hit town. I didn’t see them again until we were due to go on. They were spectacularly drunk.

Though a little sloppy, they played fine. I, on the other hand, was so mad at them — and so preoccupied with watching for the mistakes I expected them to make — that I screwed up my own parts. You’d have thought I was the one who’d spent the afternoon warming a barstool.

We had to sneak into Canada — free trade agreements work for oil tankers, but not so much for bands. That afternoon’s show at a neighborhood rec center in Vancouver marked my first encounter with Nardwuar the Human Serviette, a zany polymath who, in between lecturing us about the United Empire Loyalists and the American plot to invade Canada, sang some songs with his band, the Evaporators.

Next up were the Smugglers. Two of them, Dave Carswell and John Collins, were also in the Evaporators, and for their day job ran JC/DC Studios, where the Potatomen would wind up doing much of our future recording.

Grant Lawrence, the Smugglers’ frontman, bore an uncanny resemblance to Clark Kent’s wimpier cousin. Until, that is, the music kicked in, when he abruptly morphed into a frantic, bespectacled dervish, the chief driving force of one of the best live bands I’d ever seen.

But even before our tour started, I sensed that Chris’s heart was no longer in the Potatomen. It was understandable. He was a good drummer and backup singer, but his looks and personality practically demanded he take a place at the front of the stage. He left the band soon after we got home.

An Excerpt from the Memoir Dark Days by D. Randall “Randy” Blythe (Lamb of God) 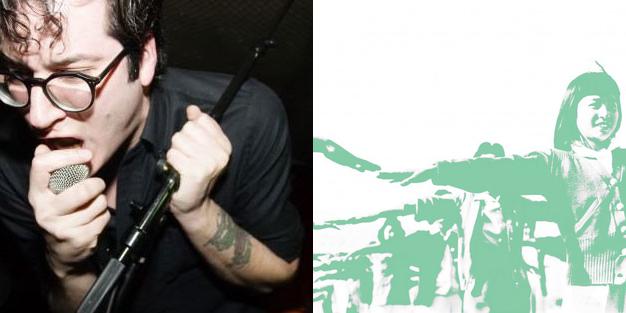