I first heard the Sleaford Mods late at night at a friend’s place. We were sitting around, having drinks and exchanging music via YouTube, and my friend David showed me a video of the Mods performing at a Dutch music festival in 2014. I remember sitting there with my beer in hand just staring at the screen, trying to figure out what I was watching.

David was smiling and nodding his head occasionally, sipping from his beer and sneering as if to say, “Yeah, I know this is good shit.”

I was immediately drawn to Jason Williamson’s vocal delivery, which was just pure punk-rock attitude. Still, I was slightly distracted by Andrew Fearn, who was giving a, quite literally, hands-off performance; he was sipping a beer and nodding his head to the beat as seemingly pre-recorded music blared from the speakers. Don’t get me wrong; the sound is great! I was just sort of put off by the seeming lack of effort on his part.

Then, as I watched and listened, it slowly started to make sense to me. The raw punk attitude and tone of Williamson’s delivery, along with his English accent, was hitting me in the face like when I first heard Johnny Rotten of the Sex Pistols. There was a considerable lack of “giving a shit” going on here and Fearn’s seemingly casual performance — the antithesis of performance, really — suddenly became a big middle finger to me. He clearly doesn’t care what you think! He has done his part musically and is enjoying the fruits of his labor. Just like that, I got it — and I was hooked. So when I got the chance to hear the band’s new record and write a little something about it, of course I jumped on it.

Short and sweet, it’s over — and leaves you wanting more.

The first track on the new record, English Tapas, is called “Army Nights” and it gets right to the point. Sounding like Wattie Buchan (the Exploited), Williamson’s voice on the hook (“Army nights/What’s the matter wi that/I do what I like”) feels like punk rock meets LCD Soundsystem. There are quick electro drumbeats and a snarling bass line. When the verse hits, it’s a hurricane of rapid-fire spoken words and then back to the hook. Insert fart noise here (no, really, they have a fart noise in the song, ha ha!). Short and sweet, it’s over — and leaves you wanting more.

The second track, “Just Like We Do,” starts right off with a sarcastic voice mocking pretentious social media critics (or bloggers, perhaps): “Punk’s not dead well it is now or does no one care about you/Given half the chance you’d walk around like a twat just like we do/If I wanna go to that awards do, don’t get arsy cos the organisers didn’t invite you/Piss head knocking out half cut ideas/Pretentious little bastard on social medias.”

I can relate to that sentiment: loathing self-important spineless people spouting off from behind a keyboard.

Man, I can relate to that sentiment: loathing self-important spineless people spouting off from behind a keyboard. I love that the Mods are calling out people who are clearly not fans of the band — and I have no doubt that people have all kinds of opinions about the Sleaford Mods. To me, that’s the beauty of this duo: you’ll immediately love them or hate them…or it will take you a moment. There is no casual response. As the song continues, there is an almost Talking Heads-esque keyboard part layered over the track, and it pulls it all together as it comes to an end. I was sitting there with a big smile anticipating the next track.

Another standout song for me has to be “Dull.” It feels like the rambling observations of the working class: a cog stuck in a machine, trying to find the silver lining in an existence that’s subservient to work. This particular lyric, though, is loaded with political frustration — but remains poetically ambiguous enough to be interpreted a few ways: “We don’t sell our souls anymore, give it away for three, please please me/Dead bingo, Brexit loves that fuckin’ Ringo/Safe bet, all the oldies vote for death/Strap down/Watch them and strike fast, why not?/They wanna kill people/Who ain’t got a lot.”

That last line rings so damn true no matter where you’re from or who you are.

The poetic lyrics alone made me an instant fan.

After a few listens, I would say this record is killer; the pace moves so well. Aside from the tracks “Time Sands” and “I Feel So Wrong” — which are slower-paced, yet still hard-hitting — there is almost a dancey feel to it all. The record as a whole has a punk rock attitude that is infectious! It is minimal electro, punk, head-nodding, clever and unique music. I absolutely love this record, this duo and they way they present themselves in their videos and live performances. I will buy this record as soon as it comes out and continue to analyze the wordplay — and I would definitely put it on at a house party. My friends may love it or hate it, but knowing them, they would “get it.” Thanks to David (Legs) for introducing me to this duo. I can’t wait to see more from these guys.

The poetic lyrics alone made me an instant fan. The beauty of well-written and seemingly ambitious lyrics is that you can draw your own conclusions. You can create your own narrative. One of the last lines (in “I Feel So Wrong”) brings it all to a close for me: “A plunging death of everything the death of harmonies/I feel so wrong.” 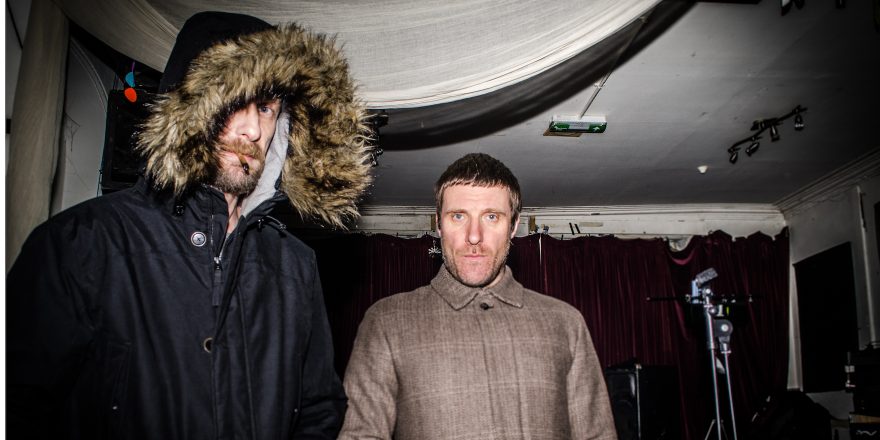 A Wicked and Horrible Talkhouse Playlist from Sleaford Mods 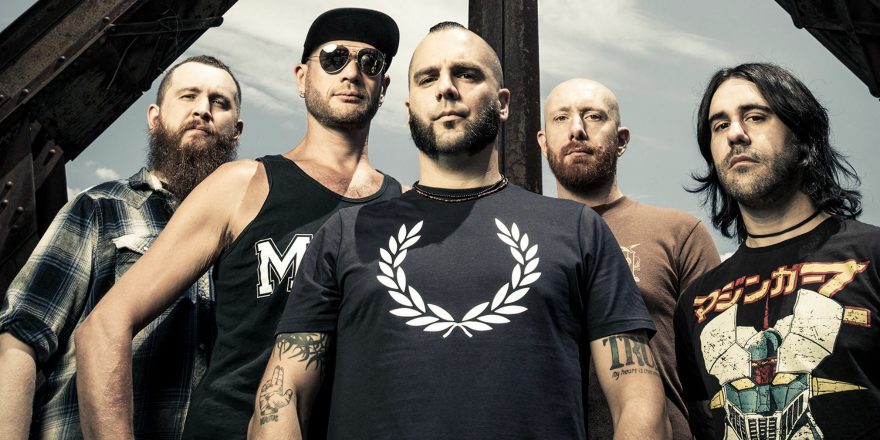