People often ask, “Are there ever negative pieces in the Talkhouse?” There sure are, and we figured it was time for a week’s worth of outstanding pans. It does take a little gumption to knock the work of one of your peers in such a high-profile forum, but plenty of Talkhouse writers have registered their displeasure. As ever, though, they do so from a musician’s perspective, a rare and very valuable point of view. Best of all, the pieces come from a place of respect… usually. But we’ll let you decide.
— The editors of Talkhouse Music

The human soul is invisible, but the sound it makes when it leaves the body, even if it leaves before the body dies, just forced out or fleeing from external forces that are no longer endurable by the average spirit, is audible. And the sound of the process where the grace of god leaves a man and only the grinning husk remains, where a smile and a jaunty tune are left to atrophy until judgment day, is the sound of lite-funk bass, aspirational lyrics, and Peanuts-parent wah-wah guitar; it is the sound of 311. The only thing that’s confusing is the pod-person intensity that 311 devotes to hiding it. If I were a death cult, I’d brag like a motherfucker.

I don’t like to ascribe barely suppressed rage to an entire group of people, but when you are so obviously dependent on hydroponically-grown depressants just to not crush in your neighbor’s skull and fill it with the blood of the innocent, I need to call it as I see it. And when I see it, in this case the “it” is hordes of fixed-smile parademons whose clothes fit not even a smidgeon, I tremble.

I don’t remember a single name of anyone who was at the party where I had a box-cutter held to my throat over 311. This is no big deal. It was 20 years ago, I was 18, drinking whiskey no longer as an affectation and drinking cough syrup as a social necessity; I didn’t want the indie kids to think I was a nerd. (I was/am.) This was in Great Barrington, Massachusetts, a 311 stronghold where rich summering New Yorkers were served artisanal ice cream by Caucasian dreads with cute dogs and heroin addiction. I walked the fine line between being a college kid (got my AA and everything!) and, being from two towns over in Lanesborough, a townie. I was welcome at parties thrown by both social circles and this was one of the rare mixed ones. The music playing was party rock of the time and place: Ween, Unwound, and “Tighten Up” by Archie Bell & the Drells on repeat.

And I don’t remember the name of the townie (maybe he was from Lenox, actually) who threatened to slit my throat, but I remember that he was just trying to be friendly the first time he offered up the 311 CD to be put on next. And I was probably being nice when I declined. After all, I wasn’t even the DJ, just the guy who happened to be sitting closest to the boombox. Maybe I didn’t even want him to be made fun of by the girls dancing to “Tighten Up” for the 15th time. Those girls were wasted as hell and could be mean if you liked the wrong kind of music. Maybe he was being nice when he offered the 311 CD for the second time, and maybe I was being kind when I pretended I didn’t hear him. At the third request, I broke the CD and threw it under the table. At 18, I was already what I’d be most of my life: an angry, drunken elitist, happy to break someone else’s shit and justify it by claiming their taste was bad. I sat down and smiled at him. And that was when he put the box-cutter up to my throat.

I hope I had the good sense to stop smiling but really, who knows; I bet my face looked pretty dumb either way. Some other townies gave him the “It’s not worth it dude” speech that was, you know, accurate. Aggrieved 311 Fan pulled the blade away reluctantly, sat down across from me and, in a move that in retrospect seems needlessly complicated, kicked me in the face. I started bleeding from my nose, someone handed me a napkin, and I punched the guy. I’m improbably weak, so my punch was more of an acknowledgment that we were fighting and I understood the social mores of the situation. The 311 fan fell back slightly, was firmly asked to leave by the mean and drunk girls. “Tighten Up” came on again and someone I don’t remember brought me whiskey in a cup. Small town living.

I tell this muddled tale to illustrate both that I was/am a snob and that — in my experience — the hippies who love 311 aren’t necessarily of the peace and love variety. Now, anecdote shouldn’t determine policy but a lifetime of dealing with 311 fans whose Zen veneer falls away, revealing puka shell fangs, with the slightest Negative Nelly provocation, has led me to believe that 311’s positivity is oppressive — “Why Don’t You Smile More” as a totalitarian doctrine. Where Jim Goad’s ontology rules everything around you but you’ve never heard of him and multiple reggae albums are owned but you’re not ready to admit the systematic racialized injustice of the prison-industrial complex, there lies 311. Between the white rage dilettantism of Santacon and the true strength-of-character nihilism that it takes to embrace becoming a Juggalo: 311.

(A thing I wonder about 311 is exactly how many bodies singer Nick Hexum buried on his private island off of Florida before he sold it in 2011? And how many murders were ritual and how many were just spur-of-the-moment “I saw red and when I came to, nobody in the drum circle was breathing” killings? I’m guessing the breakdown is roughly 50/50. “One for Lolth, one for me, one for Lolth, one for me…”)

The mask of 311 is the mask of self-satisfaction that all empires wear before they fall. I ascribe no political bent to 311 or their fans (though I imagine “socially liberal, fiscally conservative” would be the neo-liberal thrust, as it is with most good-time oppressors) because they are beyond politics in the way that the elder gods are beyond inter-dimensional comprehension. In the way that we are just now seeing the lights of stars that died billions of years ago, so it is with 311’s music and Yahweh’s death-bellow as he/she/it collapsed and our bullshit universe was formed out his/her/its wound.

311 have a new album. It’s coming out on the dystopian state mandated “311 Day” of March 11th. From its “Truthers on Jupiter” album cover, of two cosmic towers airbrushed onto the van-mind of reality, on down (or up: there’s no gravity in the void), Stereolithic is an ode to lying to oneself. Ostensibly, the lyrics are self-help odes to not giving up. But in the world of 311, where a brave face is the face of Thanos, where the eternal lie is that white America is somehow put upon and not the boot that grinds the rest of the world beneath it, where over-processed guitars and slap bass make Guitar Center pawns of us all, who deserves this help? Who even deserves a “self?” In the absence of anything resembling justice, knowledge of self and one’s actual place in the hierarchy, or a coherent morality in a 311 world, why not give up? It’s the straight edge ethos inverted and taken to the hoop in hell; you start today and the next and the next, all just for the sake of starting; a Sisyphean task of never giving up… but the boulder is all.

Stereolithic contains the lyric “I’ve been listening to seashells/Hear the stories that they tell…” It’s not really my thing. If you enjoy previous 311 releases, I’m sure you’ll enjoy this one too. Hail. 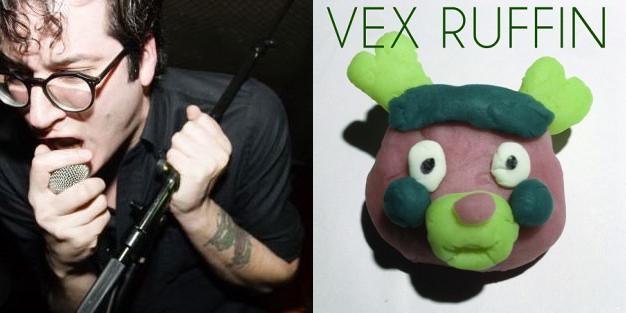