I saw Alex and Victoria in Baltimore after Depression Cherry was announced, and Victoria and I talked a little about going out on tour and about finishing new records. It meant a lot to me to have  a conversation with a good friend who makes music, with whom I can talk about what this thing I do with my life means to me, and who makes music that is truly inspiring, that affects me as much as any conversation we could have. I’m lucky to have a number of friends who fall into that category, but I’ll admit that Beach House and its music are especially important to me. I left our conversation excited to hear the new music. I didn’t hear the first single until it came out; I like the anticipation. When I did finally hear “Sparks,” I thought I was hearing some weird resonance from my shitty car speakers, ’cause who throws something as dissonant as that keyboard sound into the verse of what is ostensibly a pop song? They do, I guess. It’s such a brazen thing to do, and it pays off. It’s the song’s Roman candle. One doesn’t necessarily think of Beach House as a ballsy band, but the pair’s musical decisions are brave, as is the way they deliberately withhold themselves to the extent that they can.

I’m listening to the song for maybe the tenth time, and I already can’t remember exactly how weird it felt when I first heard it. They have a rare talent for making something really new feel familiar. It’s impressive as hell. It’s new for them, but really just new, period. I’ve heard the comparisons, but comparisons to other people’s music are just a way of admitting that you don’t know how else to appreciate or describe music. From the sampled wall of reverberating vocal loops to the unexpectedly overdriven guitar lead to the buried, repetitive drum beat, each element has the ease, confidence and singularity I’ve come to associate with this band. This is a great piece of music, and the universe it creates is one you can inhabit without worrying about any critical or commercial nonsense. What a rare and beautiful thing.

The first song I remember owning my summer, way back when, was “Red, Red Wine” by UB40. I had a cassette Walkman I inherited from an older sister, and I rode my banana-seat bike all around our little burg with headphones on, listening to that stupid, amazing song. As you grow older, it becomes less and less possible to be as carefree as a kid on break from school, escaping supervision. We’re the adults now, and a good summer song lets you forget about that for three or four minutes at a time and just live.

I met Beach House at a show we played together in 2006. I liked the members instantly both as people and musicians. I remember that show, thinking about how we had mutual friends, how I liked what I’d heard, the photo of the two of them on a sandy beach, and then watching them lug an organ on stage. It was in Austin. It was hot. Their music has always struck me as being sweaty, warm-weather music. It manages to be soft and sweet without sacrificing any intensity because the dew point is just so high. For me, it’s perfect that their new song, “Sparks,” came out at the beginning of summer. I was glad it came out after we’d finished our record, or it would’ve been stuck in my head while we were working. I’m glad to hear it while we’re on tour, where I can listen to it, on repeat, on headphones as landscapes pass by on the way from one town to another, where I can enjoy the anticipation of the new album, where I look forward to seeing this band play later in the year and hanging out with them as the friends I’m very lucky to have. 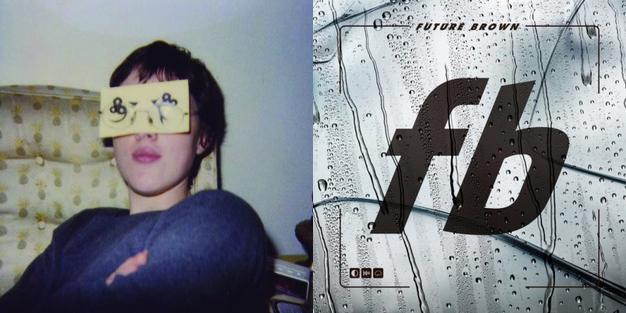